Humane Society International is one of the leading forces battling the dog meat industry across the globe. Their mission is to put an end to an industry that steals pets from their homes, keeps innocent animals in deplorable conditions, and slaughters dogs for human consumption. Their recent work in South Korea puts them one step closer to that goal. 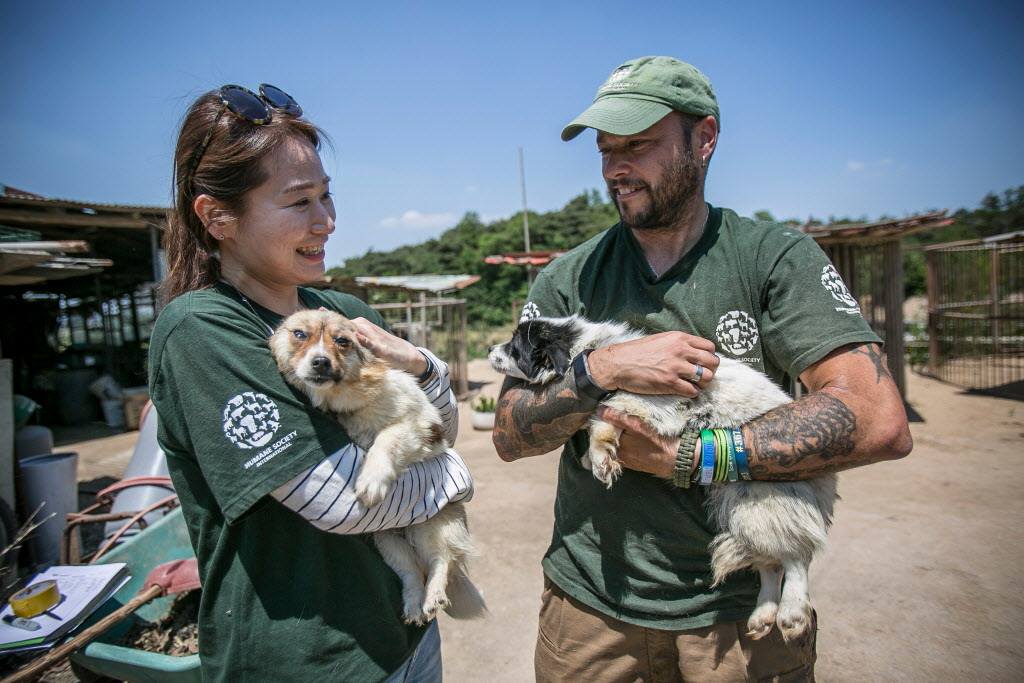 HSI recently identified a dog meat farm where over 130 dogs of all sizes, breeds, and backgrounds were being held in inhumane conditions. The dogs range from large mastiff mixes and Korean Jindo dogs to purebred pointers and miniature poodles. There’s no way of knowing for sure how each dog made it to the farm, but many of them are pets who were dropped off by owners who no longer wanted them, others were stolen from their homes, and even more are strays found afraid and starving in the streets.

After intense negotiations, HSI gained access to the farm, and a team of rescuers flew to South Korea to close it down for good. Arriving on scene, rescuers were overcome by the stench of garbage and feces. Flies swarmed the overgrown area where ramshackle cages and leaning structures trapped over 130 animals. 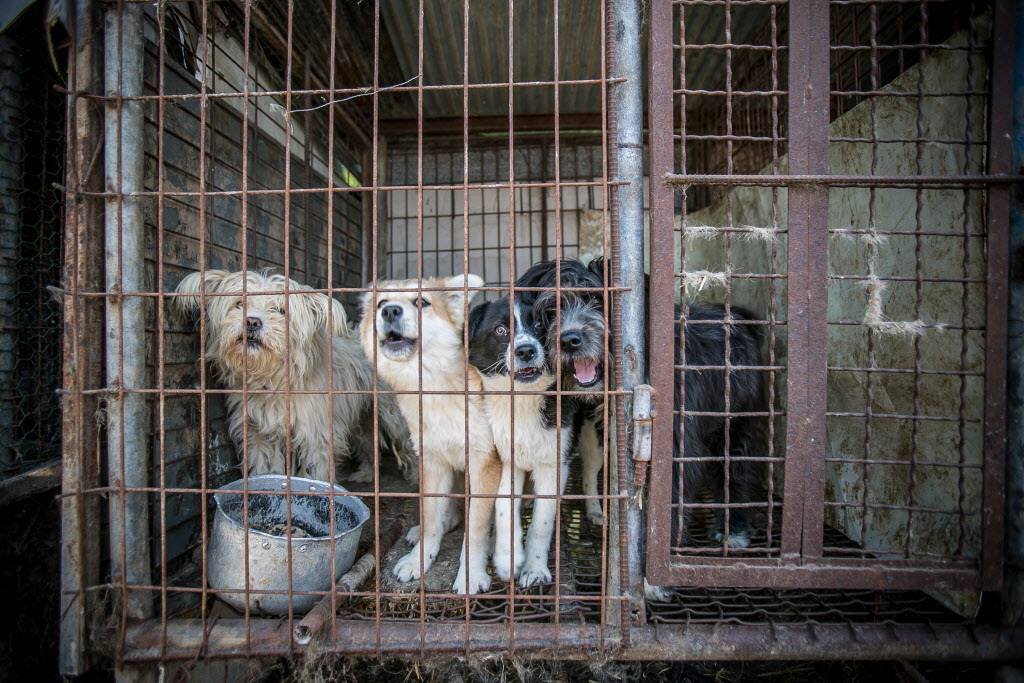 Rescuers worked tirelessly to identify the dogs in need of emergency care, and they slowly started the process of shutting down the farm. Vaccinating and crating the dogs will take several days, but by the time they’re done, each dog will be safely transported to the United States.

Cherry is a mastiff mix who suffers from a severe case of cherry eye and has obviously been over-bred. She’s likely been in her tiny wire cage for years, but she greeted rescuers with a wagging tail. 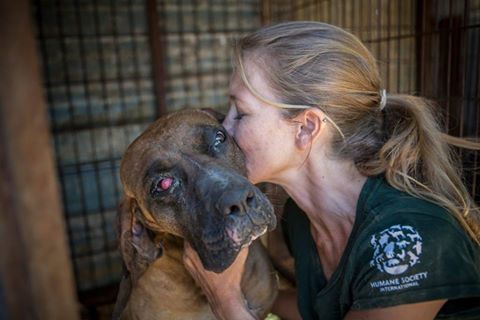 Rescuers were worried that Emily, another mastiff mix, was too sick to survive. A serious skin condition caused her fur to fall out, and she was found emaciated and weak. But with the best medical care, she’s now expected to make a full recovery. 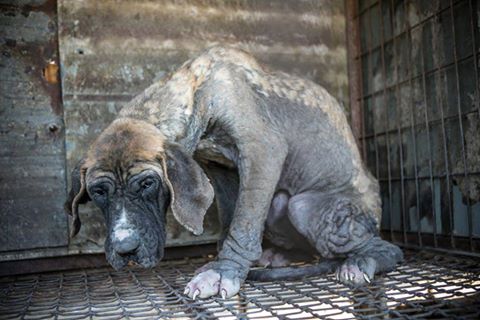 Each dog’s story is a tragic example of the extreme horror that happens behind the closed gates of countless dog meat farms. These 130 survivors will soon be transported to the U.S. where they’ll be taken in by HSI affiliated shelters across the country. Humane Society of Sarasota County, Leon County Humane Society, and Humane Society of Indianapolis are only a few shelters that will help care for the dogs and find them new homes.

If you’d like to help HSI save these dogs and hundreds of others, consider donating to their cause. If you’d like more information about adopting a rescue dog into your family, message them on Facebook.