The song really said it all: “I get by with a little help from my friends…”
Earlier this March in Dallas, two tiny baby animals found themselves abandoned and in need of a friend who would be able to help make the hard times easier. Thanks to Operation Kindness, a no-kill shelter in Dallas, these two little guys found each other.

This tiny pup is Chip. 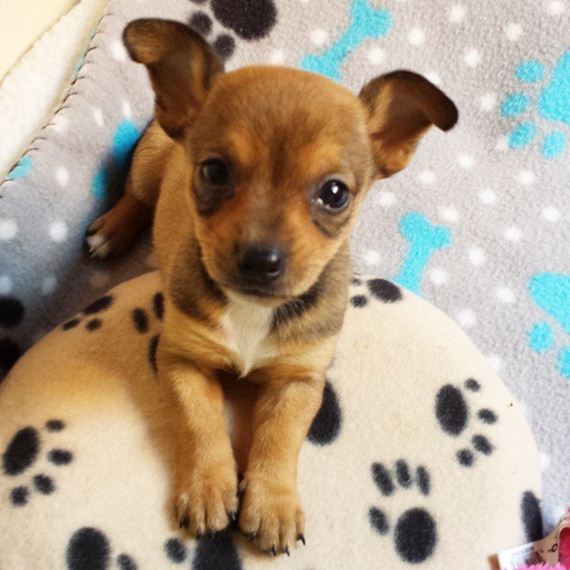 He’s a five-week-old Chihuahua whose human family surrendered him when they realized they couldn’t take care of such a young dog.
And this is Adele. 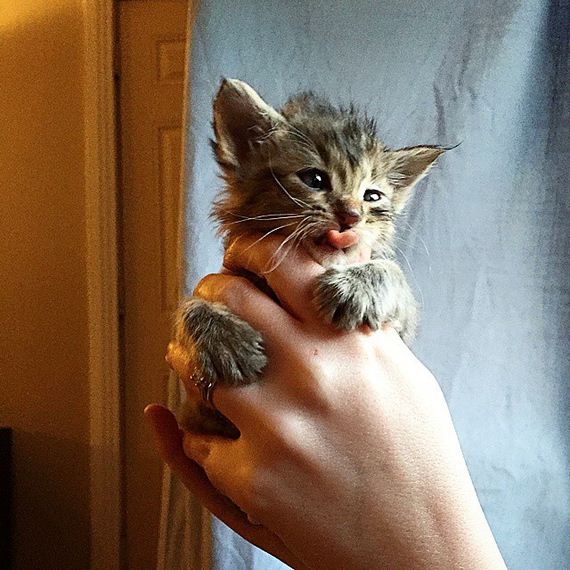 Her feline family abandoned her at only four weeks old. She would’ve had a very small chance at survival on her own.
Because the shelter environment wasn’t nurturing enough for such young animals, foster care was the only option for the little tykes. 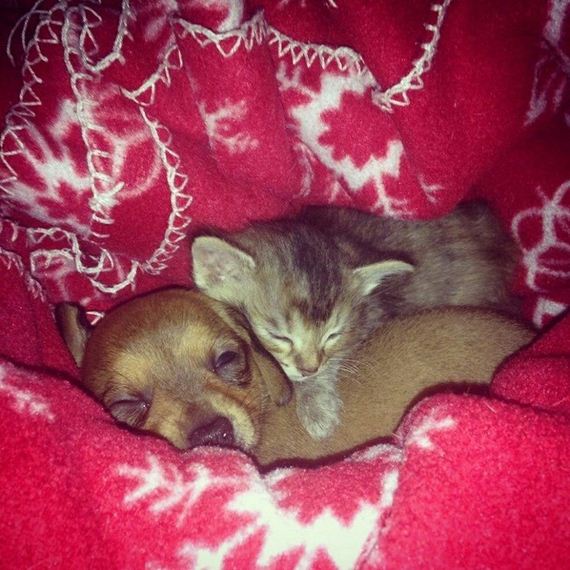 And since they arrived at the facility on the same day, they were placed in a foster home together. 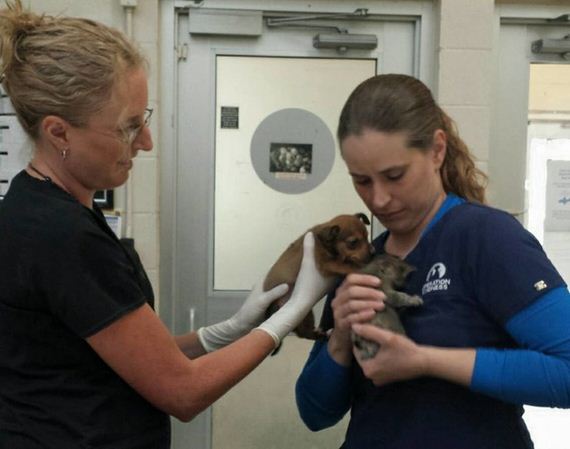 After knowing each other for only a few days, the two became attached at the hip. 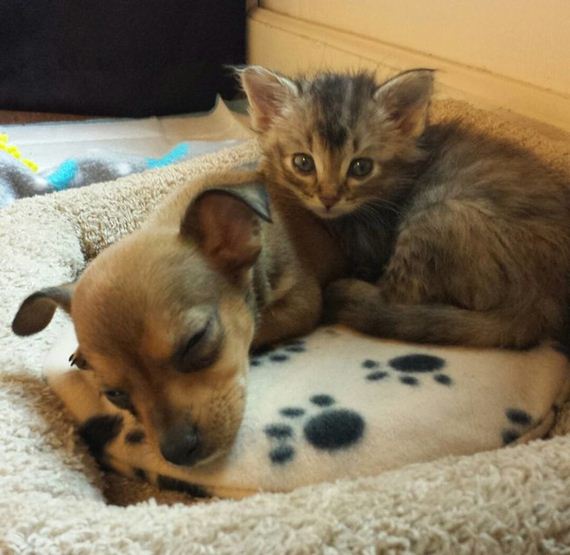 They are the coziest of snuggle buddies. 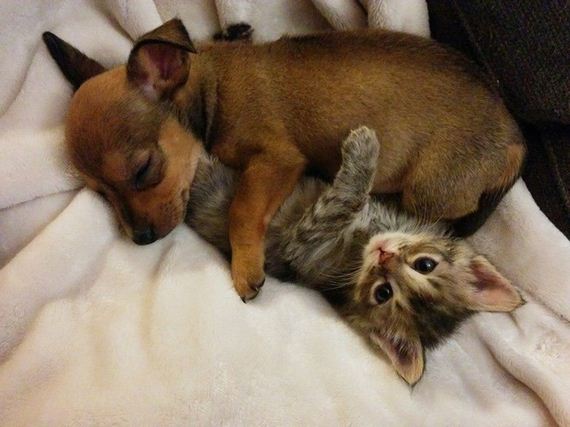 Needless to say, Chip and Adele will be adopted as a pair. 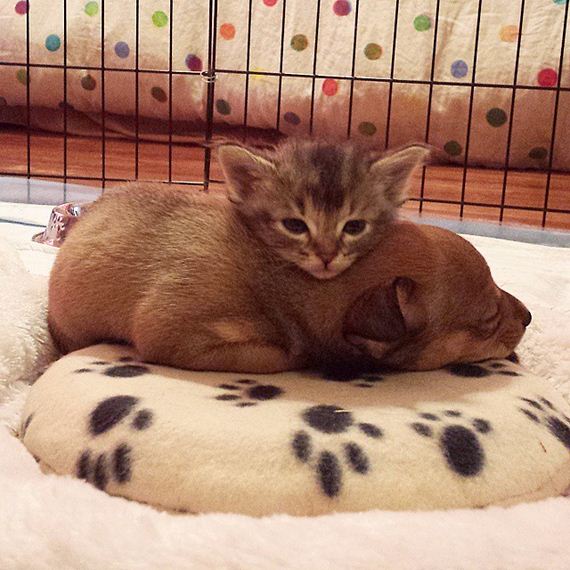 But only once they are old enough to leave the constant care of their foster home. 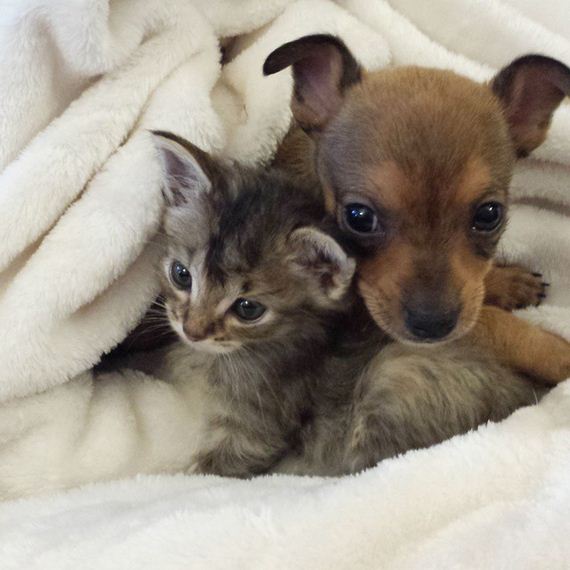 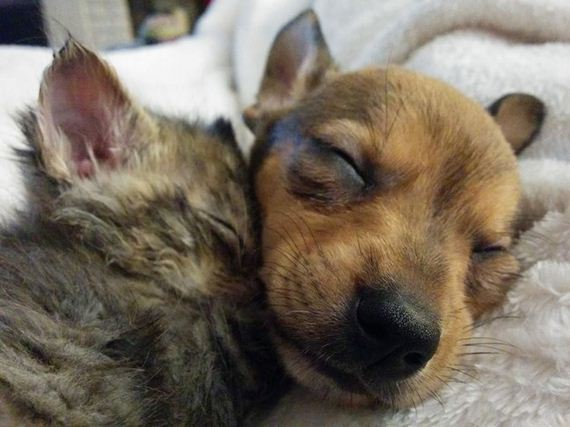 And although Adele is more of a hyper go-getter and Chip is a little more laid-back, it’s clear that their bond will last a lifetime. 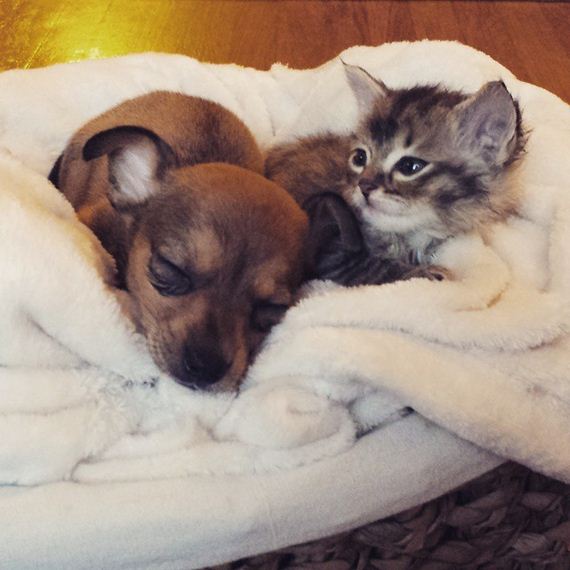 It’s always amazing when two creatures, each going through their own peril, come together to turn each other’s lives around. It’s even more amazing when the two best friends are thought to be completely incompatible with each other.