When the word “dog” is uttered, we think of a 130 lbs. Rottweiler or a cute little Chihuahua that can’t get enough of playing in the neighbor’s backyard. But the dogs here are absolutely huge and far from average. They are even bigger than us in size and have more fur on them than we will ever have in our lifetime. Take a look at them and tell us what you think?

1 – The first question that pops into head is “Is this even real?” Of course it is, and luckily for his young owner, no one can harm him as long as his dog is by his side. 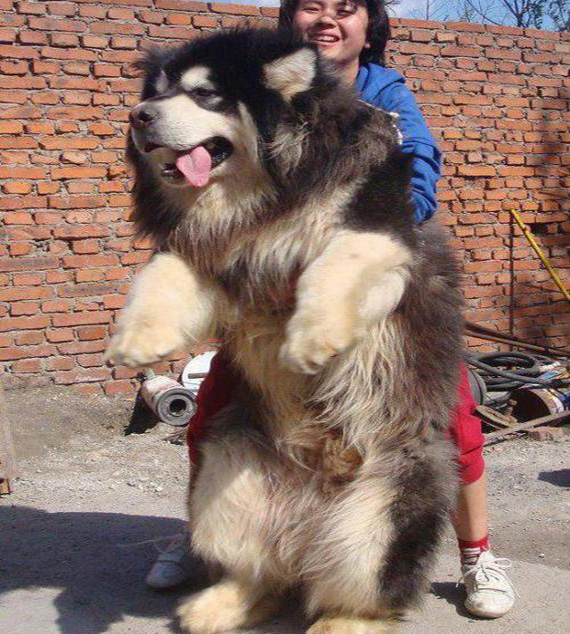 2 – This dog has a face so big that his owner will have to take a shower if he gets licked by the dog. The dog is putting his face on his owners lap and the owner is utterly helpless as he can’t put it aside himself. 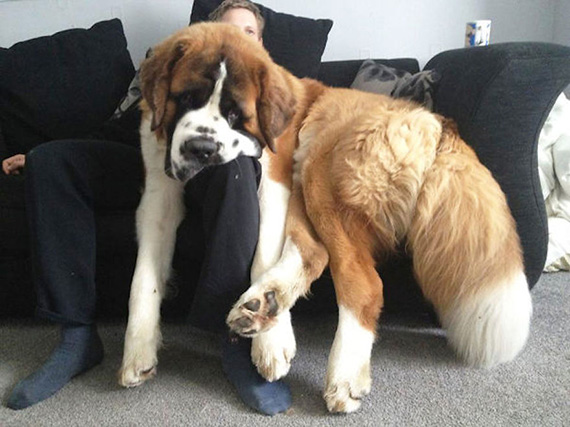 3 – This dog certainly looks photoshopped at first but it is real and we have sources to confirm that as well. He is more like an alive pillow for his little human friend who adores him 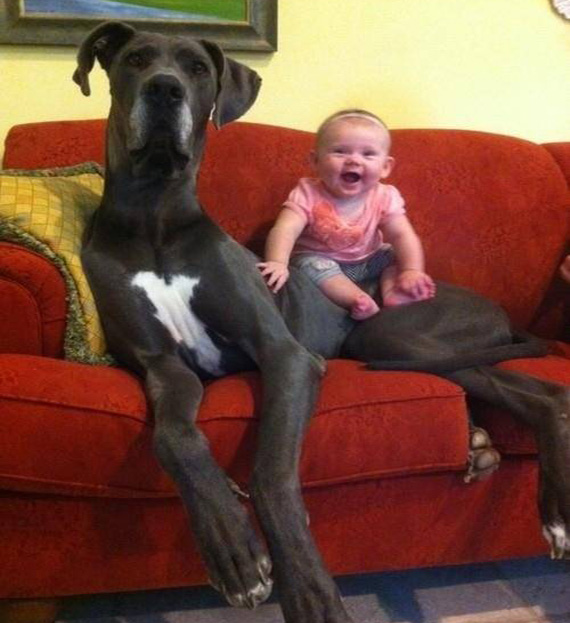 4 – This dog resembles Ghost, the dog who has a billionaire owner and owner of Facebook, Mark Zuckerbeg. However, he is most probably used as a living mop to clean the house wherever he goes 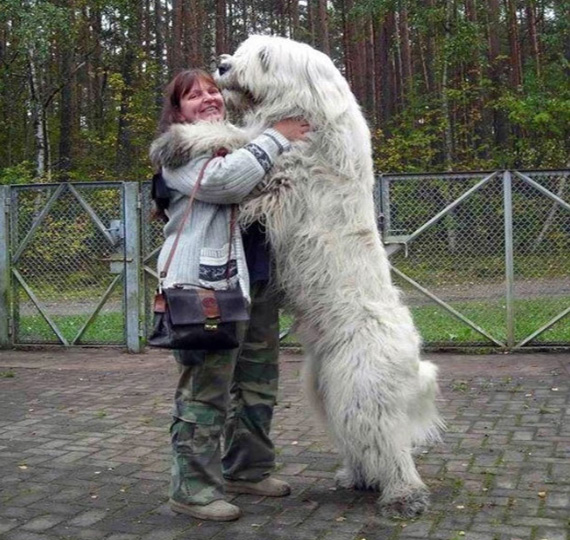 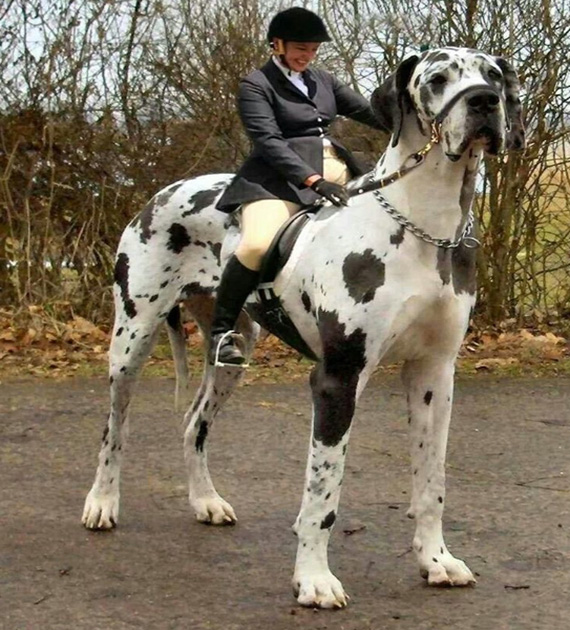 6 – This dog will be used as a blanket in cold weather because of unlimited amount of fur on him. He will be warmer than all the blankets and imagine how much fun it will be to cuddle with him. 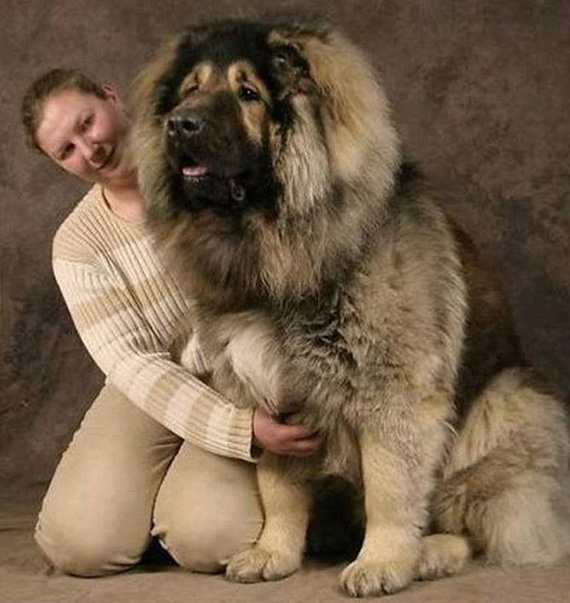 7 – Take a good look at this stunning and enormous sized mane. He certainly looks like he is a cross of a lion and a bear because he has the qualities of both. With a face that big, we are pretty sure he can scare off any animal easily. 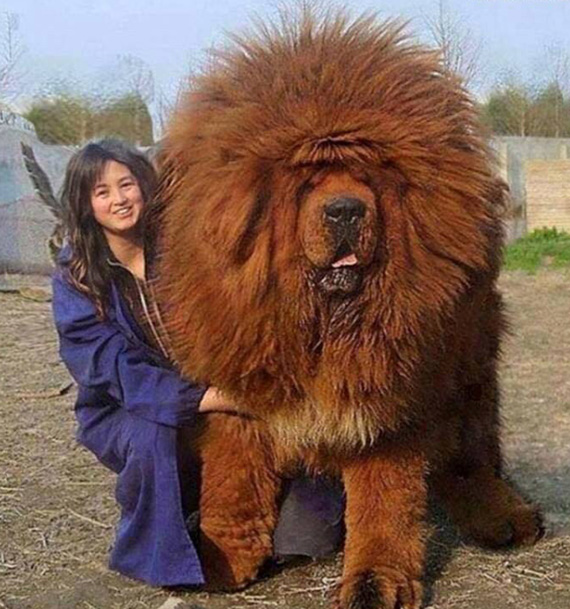 8 – Is it real? How many times have you uttered that sentence by now? This dog looks like a huge stuffed puppy to be honest. Also because of the way he is sitting, lifeless and just like a stuffed toy. 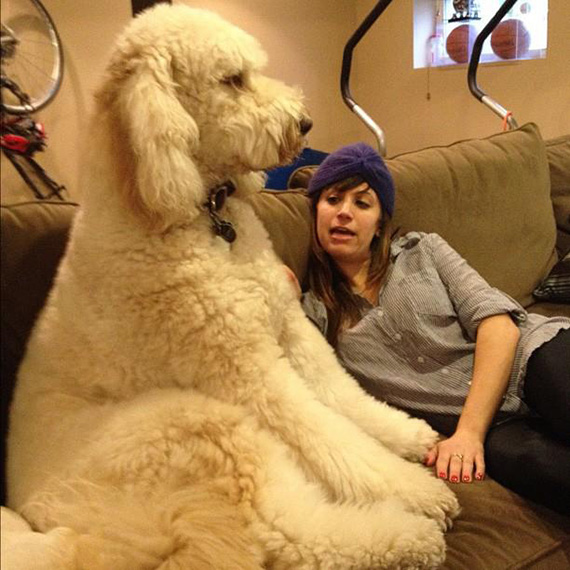 9 – Now this is absolutely majestic and there is no way anyone will be messing with this dog’s owner because of his size. He is certainly the size of a lion but with the intelligence of a dog 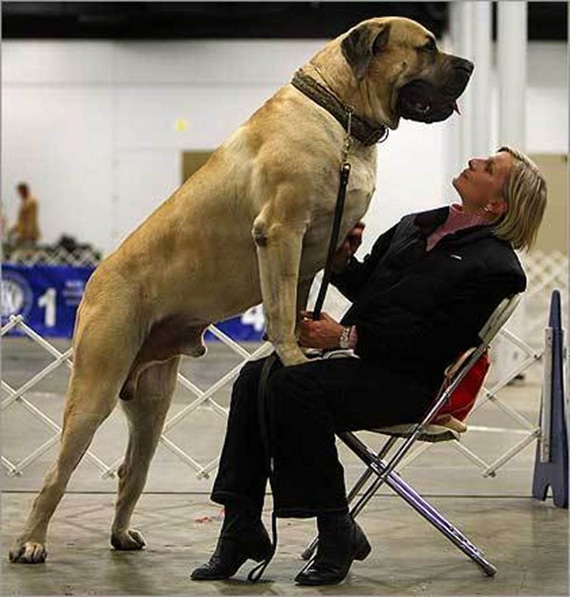 10 – It is hard to convince you that this dog isn’t a stuffed toy but thankfully, the way the dog is hugging his owner in the picture proves that he is actually a dog and not a stuffed toy. 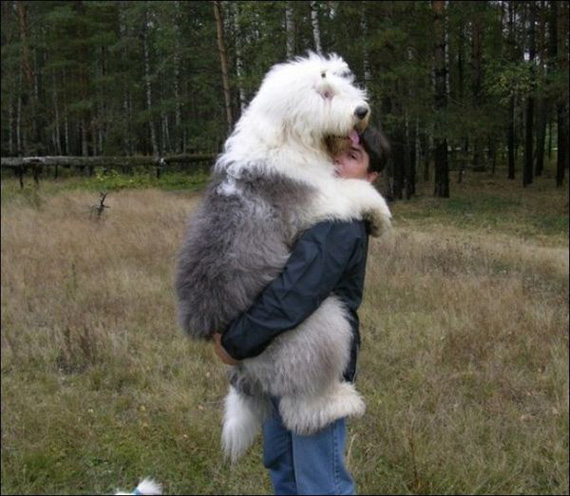 11 – This girl will be needing a leg massage after this puppy gets up from her lap. This is because the huge sized dog will have a lot of weight and it’s funny that he is unaware of that and still thinks of himself as a little puppy 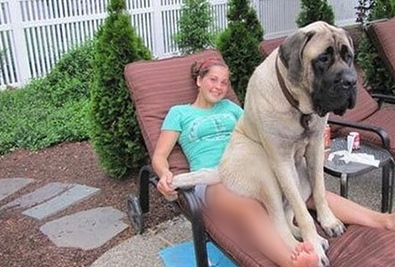 12 – We all love snuggling up with our dogs but it is in situations like these when snuggling becomes a problem. This dog certainly doesn’t know about his size and weight and all he wants to do is snuggle up with his owner who seems to be pretty annoyed 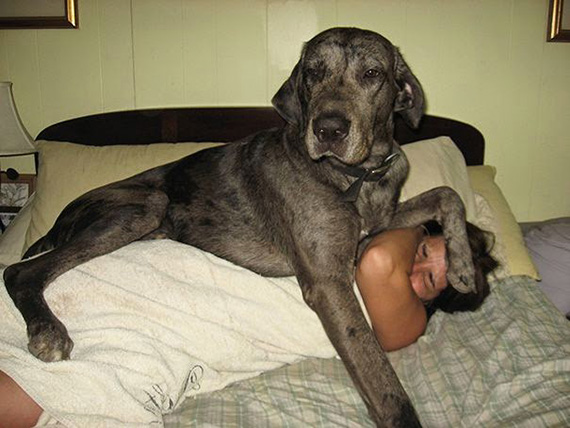 13 – Guess who is the alpha dog in this picture? Too difficult? Well, not that he cares about his size anyway but he likes to make friends 10 times smaller than him 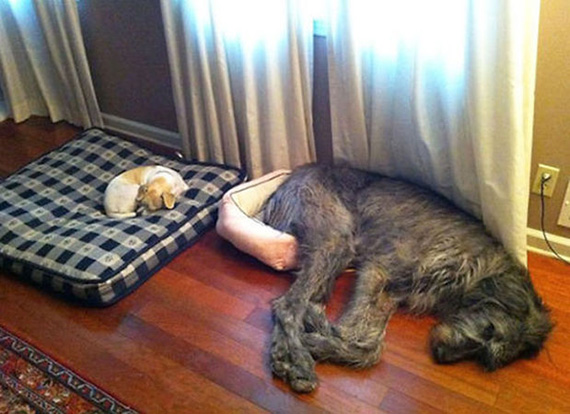 14 – This is another lion-bear baby and he looks so gorgeous that he is literally walking on a romp with the help of a human to show off his looks and body. Take loads of pictures lads! You won’t be seeing this sight too often. 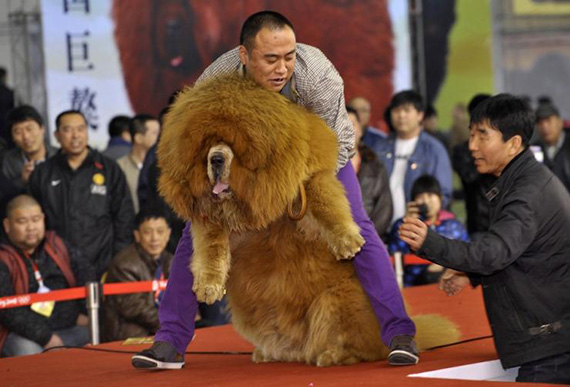 15 – Now that is clearly photoshopped isn’t it? This man has some guts putting a dog of this size in his lap 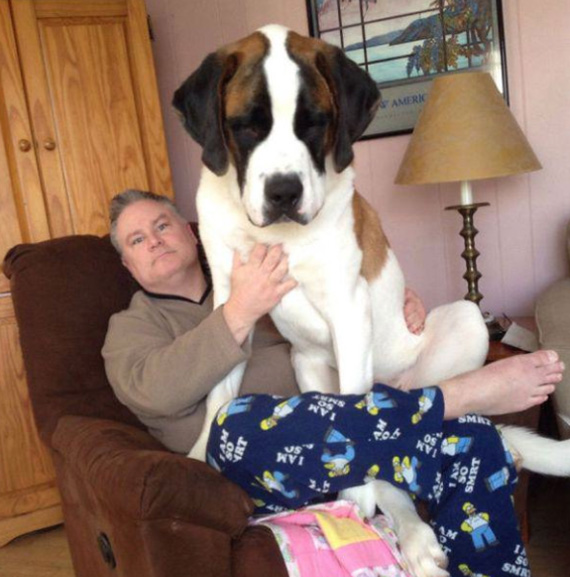 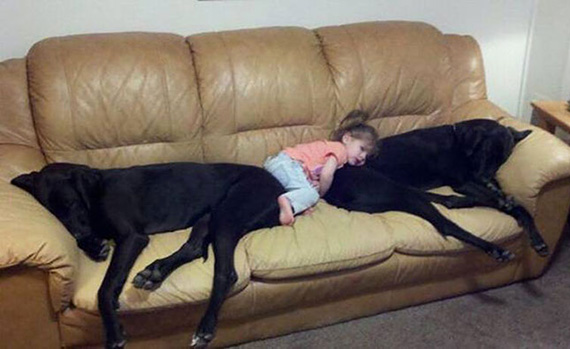 17 – There isn’t much height difference between the dog and his owner is there? No wonder these two grab all the attention no matter where they go. 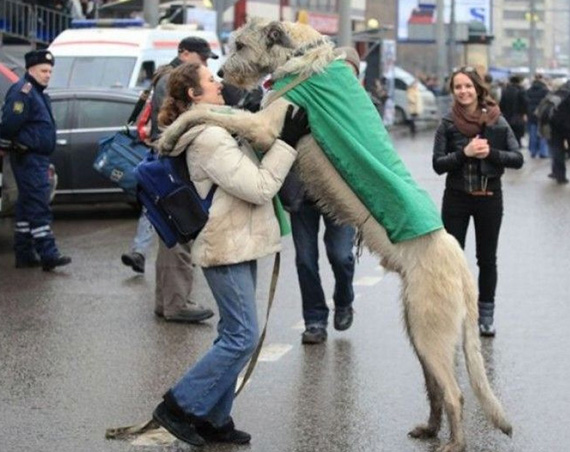 18 – Is this a bear with a face of dog? No, this is actually a dog and while it looks unreal, we can only wonder how he grew that big. 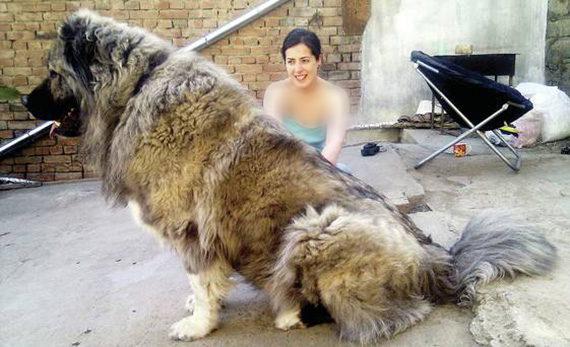 19 – The Einstein dog is the name given to him because of the hair he has that resemble with that of Einstein’s. Wonder if he has got that much intelligence too? 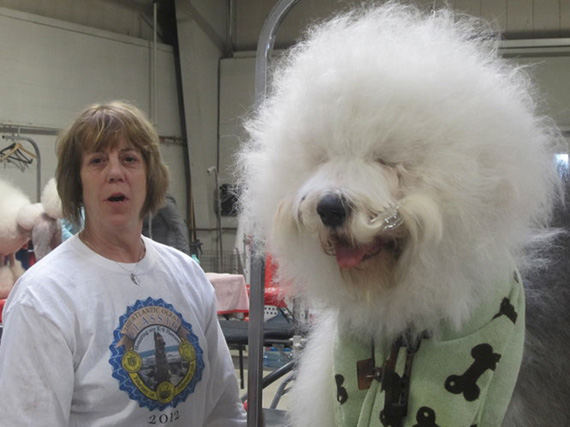 20 – This dog surely needs more than one laps to fit himself as he still thinks of himself as a little puppy that would fit in his owner’s lap. 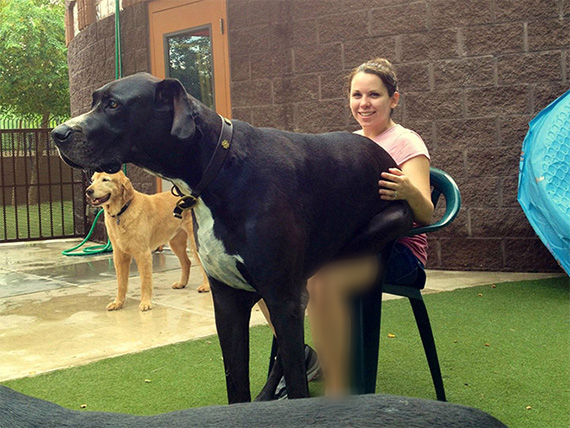