At iHeartDogs our motto is “Every dog matters.” Over the years we have shared countless stories of rescue from all over the world.

Sometimes the heroes we write about save one precious life. Other times they rescue dozens – if not hundreds – of helpless animals from horrible circumstances like backyard breeding operations, hoarding situations, and dog meat farms. 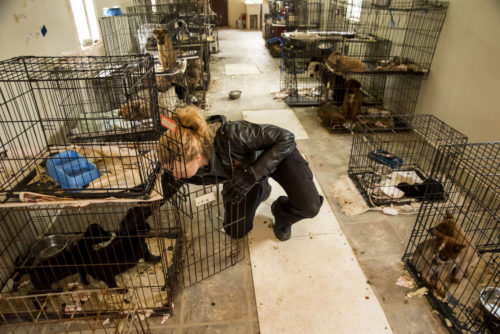 The animal advocates in this post devote their time and talents to liberating dogs from high-kill shelters and transporting them to areas where they have a chance at adoption and a happy life. 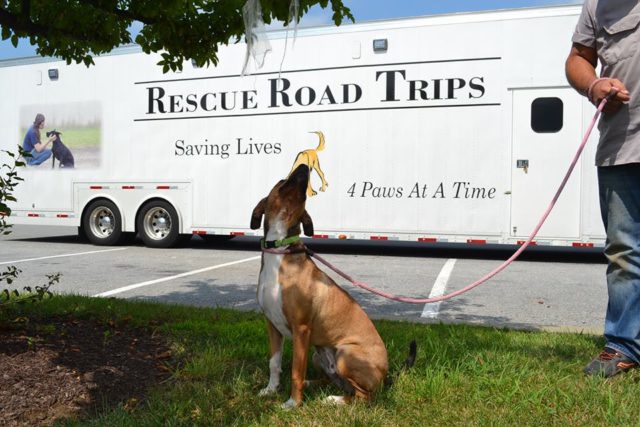 This incredible rescue is proof that the determination of one human being can save the lives of thousands of dogs! Back in 2005, Greg Mahle heard about a group of dogs at a Louisiana rescue that had been adopted by out-of-staters. The problem was, the rescue had no way to get the dogs to their new homes. Mahle hopped in his van, picked them up, and delivered them to their waiting forever families!

From that simple act of kindness, a massive weekly rescue operation was born. Every Tuesday, Mahle hops in his semi-trailer truck and leaves his home in Zanesville, Ohio. His 4,200-mile journey takes him south through Kentucky, Tennessee and Mississippi into Texas, picking up an average of 80 dogs along the way. He then heads north with his precious cargo – spending his nights in the trailer with the pups – before finally arriving in New England each Saturday to deliver the dogs to their brand new lives. 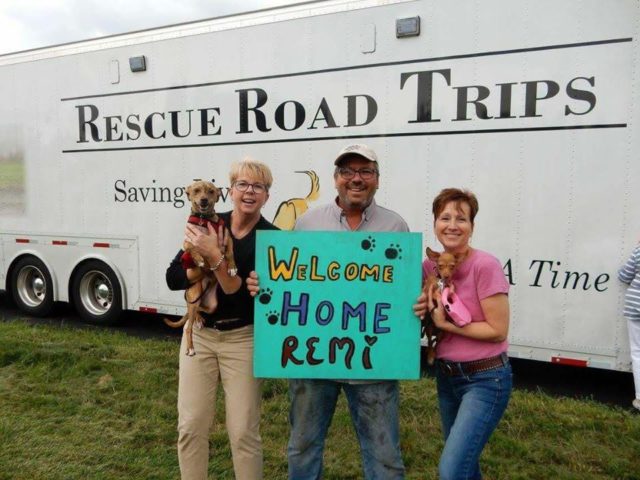 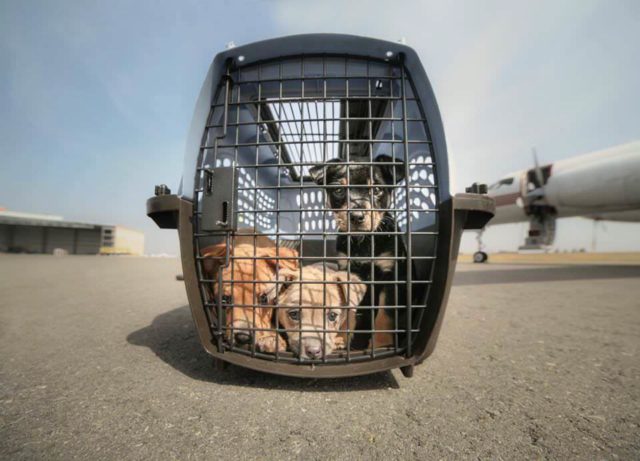 Since its inception in 2012, this nonprofit’s squadron of rescue pilots have saved nearly 27,000 endangered pets by flying them from high-kill shelters to various no-kill facilities throughout the United States and Canada. 10,000 dogs and cats were flown to safety just last year, and Wings of Rescue hopes to save an additional 12,000 by the end of 2017. 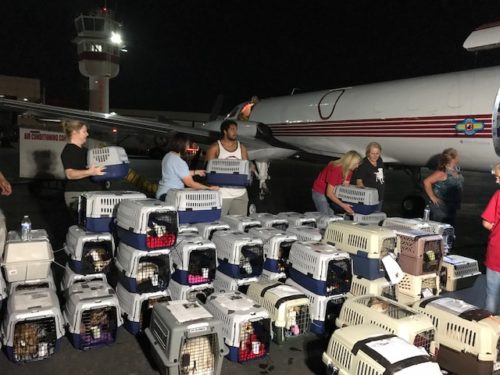 At the beginning of June, Wings of Rescue transported 304 dogs and 73 cats from high kill shelters in Texas, Arizona and California to safety at shelters in the Seattle metropolitan area and the Brandywine Valley SPCA in Wilmington, Delaware. 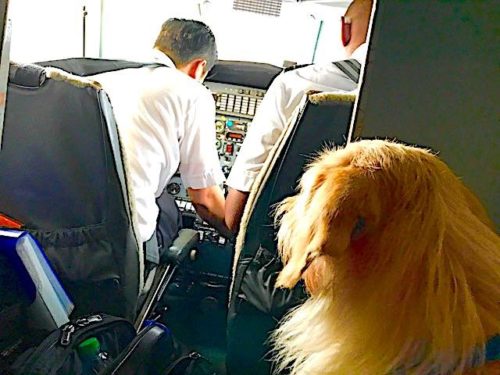 On June 17, the Brandywine Valley SPCA participated in the Tristate Mega-Adoption event. Every single one of the 210 pets brought to them by Wings of Rescue were adopted by the end of the day! 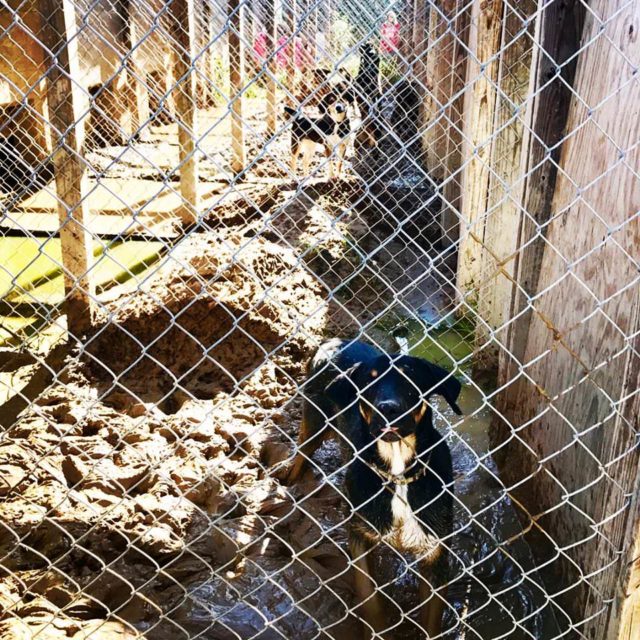 The Boston-based organization, Last Hope K9 Rescue, saves dogs of all ages, breeds and levels of health. They believe that each and every one deserves to know love. All of the abandoned, neglected, and abused dogs they work with are pulled from high-kill shelters throughout the United States. Since their establishment in March of 2012, they have saved more than 5,400 dogs from certain death. 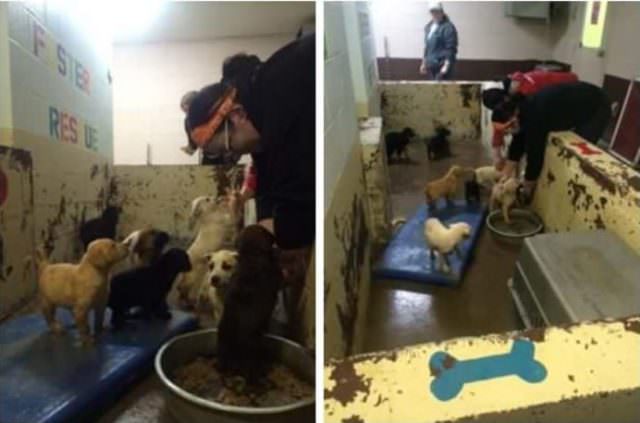 Last Hope K9 Rescue conducts frequent service missions to the overfilled and underfunded shelters of Arkansas. With the help of their southern affiliate, Rescue Road, Last Hope has pulled nearly 300 dogs from the West Memphis Animal Shelter in the past three years! Each of the pups they save are placed into loving foster homes before heading to New England to find their forever families. 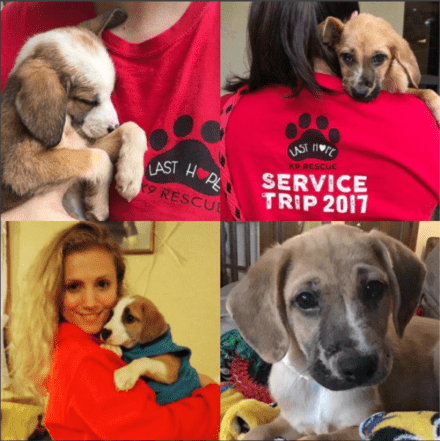 In addition to the dogs they pull, Last Hope drastically improves the lives of the dogs left behind by performing shelter clean-ups and renovations. Their efforts to aid these desperately underfunded shelters have resulted in their euthanasia rates plummeting from 98-99% down to just 1 or 2%!