Charges against 24-year-old Elizabeth Osterbauer have been filed in Minnesota.  Thanks to the quick action of law enforcement and animal services, 65 of the 66 dogs that were removed from her property are alive and well today. 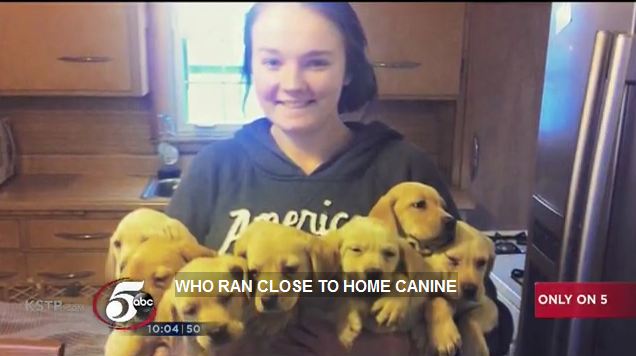 Osterbauer faces a mountain of charges in relation to a rescue operation she was running called Close to Home Canine Rescue.  She was housing a large number of dogs on her New Prague property, and authorities actually found out about the horrific conditions the “rescued” dogs were forced to live in when they showed up to arrest her on a completely separate set of charges.

When the police showed up to her property with an arrest warrant, not a single one of them was prepared for what they had been confronted with.  The place was overloaded with dogs, most of them very small puppies ranging from six weeks to eight weeks old.  The police immediately called in animal control to remove the dogs, and get them to medical assistance immediately.

The charges against Osterbauer are many, and they allege that every dog on the property was malnourished and dehydrated, there was nothing even remotely close to adequate shelter for any of the dogs, and of course no one had cleaned up after the dogs, so they were living in a horrific state of filth.

The people who came to the property to rescue the dogs really were expecting the worst.  The neglect and abuse these poor dogs went through was something just unimaginable to most, so there really wasn’t a lot of hope for these poor puppies.  However, the hard work and dedication put into the rescue effort was enough to get 65 of the 66 dogs taken to survive the night.  And it didn’t just stop after that, as all of the dogs are expected to make a full recovery, and after the case against Osterbauer is over new homes will be sought for all the puppies.

As mentioned above, the police had shown up to Osterbauer’s property for another, unrelated charge.  She was accused of breaking into Shelly Byzewski’s home and trashing it, and then abducting her dog called Ducky Momo.  When Byzewski put out a request for help in finding Ducky Momo, Osterbauer was one of the first people to show up.

“I don’t have kids. I have dogs,” Byzewski said.  “I couldn’t have imagined this happening.  I have been tortured for a year because of this.”

Osterbauer faces a ton of charges now, in addition to the original ones she was supposed to have been arrested for in the first place.  Of course, her defense attorney is claiming that the police and animal services are trying to railroad Osterbauer, and claims that his client loves all animals, and is dedicated to rescue.  There will be a number of both civil and criminal hearings for all of this, and there’s a very good chance that Osterbauer will never be able to have any animals in her care ever again.