For seven years, a Great Pyrenees lived in a barn near Nashville, Tennessee. The dog was seven years old. Big Fluffy Dog Rescue wrote on their Facebook page that the dog was living in squalor. The dog was rescued over Labor Day weekend. Apparently, his owners would just throw food and water to him. 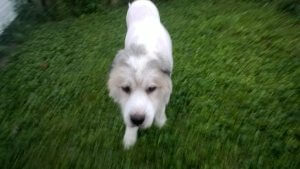 When rescuers arrived to rescue him, they couldn’t even open the door and had to shovel feces out of the way to get to him. Thankfully, this dog will now be able to breathe fresh air and feel the grass under his feet! His rescuer is a dog groomer! So he has been bathed and shaved! He doesn’t even look like the same dog! 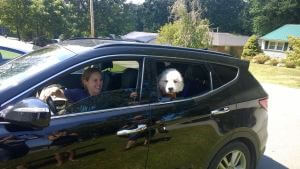 This is a developing story, and not all the facts have been released, but some say the dog’s owner was suffering from a terminal illness and may not be charged with cruelty. Share away, people.