Hundreds of police officers, community members and more than 70 police dogs gathered in the South Valley of Tulare, California on Wednesday to honor the life of K-9 Officer Bane with the Tulare Police Department. The police dogs gave a barking salute to their fallen companion.

According to the Tulare Police Department, Bane was shot and killed on December 9 while attempting to apprehend a suspect after a vehicle pursuit which began with a traffic stop. When Bane was released to apprehend one of the occupants of the vehicle, one suspect opened fire hitting Bane and wounding his handler, Officer Ryan Garcia. The other officers on the scene returned fire – one suspect was killed, a second suspect was wounded and the third suspect arrested and charged with four counts of attempted homicide of a police officer, the death of a police dog and four outstanding warrants. 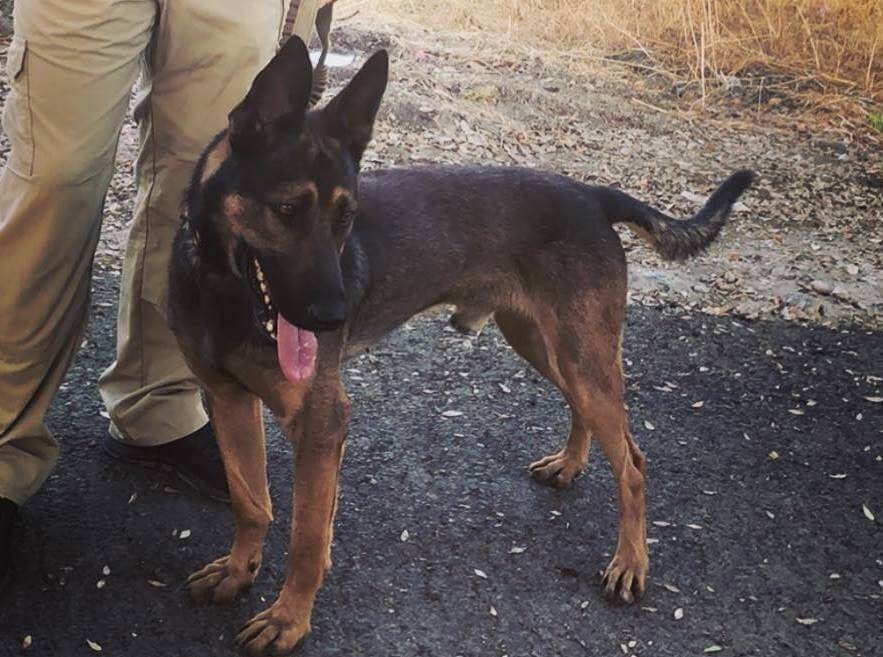 Bane, a Belgina Malinois and German shepherd mix, had only been on the job one week, and the loss of this dog was a huge blow to the entire police department. Even though Officer Garcia is still recovering from gun shot wounds, he spoke from his heart on the podium at the heartbreaking memorial:

“Rest easy partner. Thank you for saving my life, and my family thanks you for allowing another day with me. Love you and I will never forget you,” the officer stated.

“You’re a good boy. You did your duty. Now rest easy.” 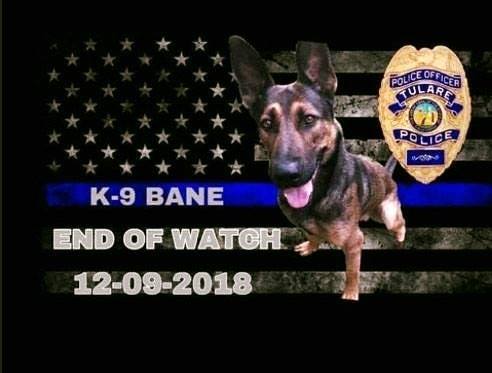