80 dogs and puppies will finally get the care they need after being rescued from “unsanitary” conditions in Hancock County.

The woman who owns the property started rescuing stray dogs, but the situation quickly took a turn for the worse. After multiple litters over the years the woman became “overwhelmed”, and the dogs suffered.

The American Society for the Prevention of Cruelty to Animals (ASPCA) said some dogs were rescued a couple weeks before the remaining 65 dogs were taken on April 23. “The animals were found in unsanitary conditions throughout the property and in the home, and some suffered from medical issues that will require immediate veterinary treatment, including mange, overgrown nails, and parasites, as well as one dog with a broken limb and one with conjunctivitis,” stated ASPCA in a press release. 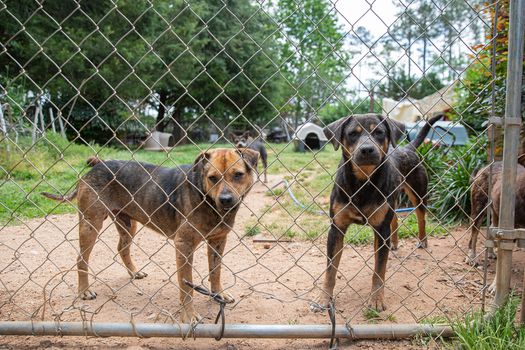 Hancock Animal Friends, a group who works tirelessly to reduce the stray population in Hancock County, reached out to the ASPCA for help when they learned about the 80 dogs. The Atlanta Humane Society helped with the rescue and took several of the dogs to rehabilitate and help them find loving homes.

“Lots of hard work and tears yesterday but it got done,” posted Hancock Animal Friends on Facebook. “Dogs were rescued and this person is able to get their life back knowing there are people out there who can and will help.”

They said the woman reached out for help but “the county and law enforcement let this person down”. They hope this terrible situation will shed light on the stray problem in the county and bring change. 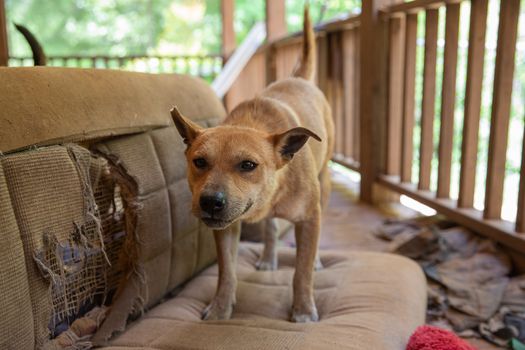 The dogs are receiving veterinary care and will eventually be put up for adoption. Tracy Reis, Director of Atlanta Humane Society’s Animal Protection Unit, said, “We’re honored to be able to provide support for these dogs and to give them access to the expertise of our Shelter Medicine and Behavior Teams so they can heal and find new homes here in Atlanta.”

The no-kill shelter posted photos of some of the 29 rescued pups they have taken into their care and asked their followers to help by donating to their ongoing care. Bailey, one of the rescued dogs, arrived at the shelter with her seven newborn puppies, who had not even opened their eyes yet. The shelter shared they were living in “shocking conditions” and will need months of rehabilitation and medical care. 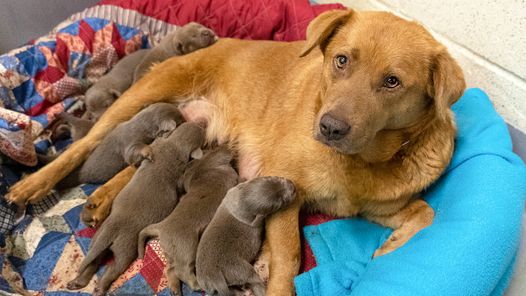 “Bailey and her puppies will need an immense amount of medical and behavioral care to stay healthy and happy. Through hard work, this little family will never again know the suffering that they experienced previously,” wrote the shelter.

Another young pup named Gecko is also on the road to recovery. “Gecko is suffering from a severe skin disease, causing inflammation, hair loss, and scaly, painful skin. Though she is just a year or so old, she has already been through the unimaginable.”