Life is hard and can be quite confusing. Sometimes, you just have one of those days that make you cock your head and stare at someone in complete bemusement. Humans aren’t the only ones who feel this way; dogs can become quite baffled as well. Only they just seem to be cuter at it than most of their human counterparts. Here are nine instances where dogs don’t seem understand what’s going on.

This isn’t just one puzzled pup; it’s a whole litter. There’s nothing cuter than half a dozen dogs cocking their heads in adorable confusion.

Now that this dog has finally achieved his dream of being an astronaut, he’s unsure of what to do next. Or how to get down.

7. When You’re Taking a Nap and a Dinosaur Attacks

Am I the only one who sometimes looks at the news (or Twitter) and ends up with the exact same confused expression as this dog? pic.twitter.com/Yh3RD0Pdwm

This poor pooch wasn’t counting on a dinosaur attack while tucked into bed. Even after he survives the gentle mauling, he’s unsure of how to react. Just go back to sleep, little buddy. 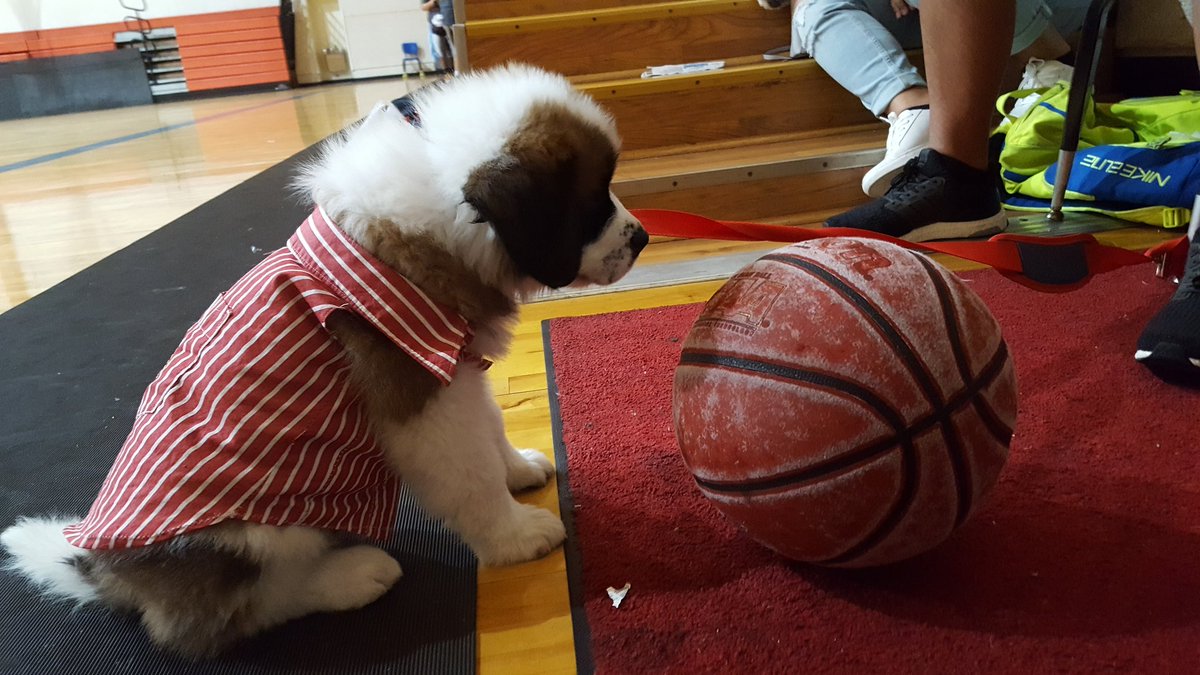 Dogs like to play catch with their human pets. But when the ball is too big, like this one, the puppy can only look on in confusion and wonder how to get his mouth around it.

Very true and the dog is way to calm and I think somewhat confused 😂😂😂😂 pic.twitter.com/fgaGMHRhrx

Don’t mess with the cat! This dog is startled by his cat sibling’s slap, and that’s quite the jab for a feline of its size. The dog appears more amazed than upset over the matter.

Aside from its confusion, this dog appears ready for a nice car ride. Maybe the dog is wondering why it’s relegated to the back seat.

My dog's a total doofus. He was passed out, felt the mist from my diffuser, jumped up and was so confused by it 🤣 pic.twitter.com/OdMYTjvnEO

Dogs have amazingly acute senses, but sometimes those senses can confuse them. For instance, this dog is trying to figure out what exactly is going on with the air.
2. Baby Doggy

After standing in this chair, this dog may be wondering if it’s now canine or human. Maybe it’s a bit of both.

This poor pooch just wants his treat after being subjected to this magic trick. Where’s the food?

These dogs may be a little confused, but it all appears to be in the name of love. If you get a cocked head of bewilderment from your pup, just show your pet a little affection with a nice pat on the back and appreciate its cuteness for what it’s worth.