Every dog just wants a loving family of their own. Ferguson, a sweet mutt, was continuously passed by when people came to adopt. The staff at Lake County Animal Shelter were shocked since he is “extremely loving”.

The large black mutt waited patiently for over a year. Hoping each day that someone would walk in and take him home. While he waited at the No-kill shelter, he impressed the staff with his sweet demeanor. After 410 days at the shelter, a couple walked in to see Ferguson. 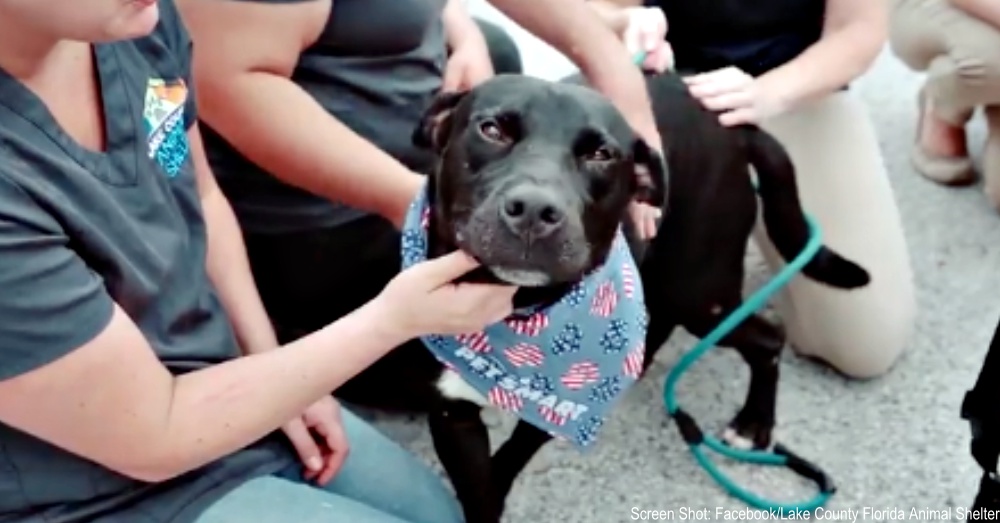 Taylor Holloway and Tyler Arnold were on their way back home to Virginia when they stopped into the shelter to see the handsome Ferguson. They spent the afternoon with him and instantly fell in love. Elisha Pappacoda, county spokeswoman, wrote in an email, “They stopped into the shelter and met Ferguson without any previous knowledge of his story or local celebrity status.” 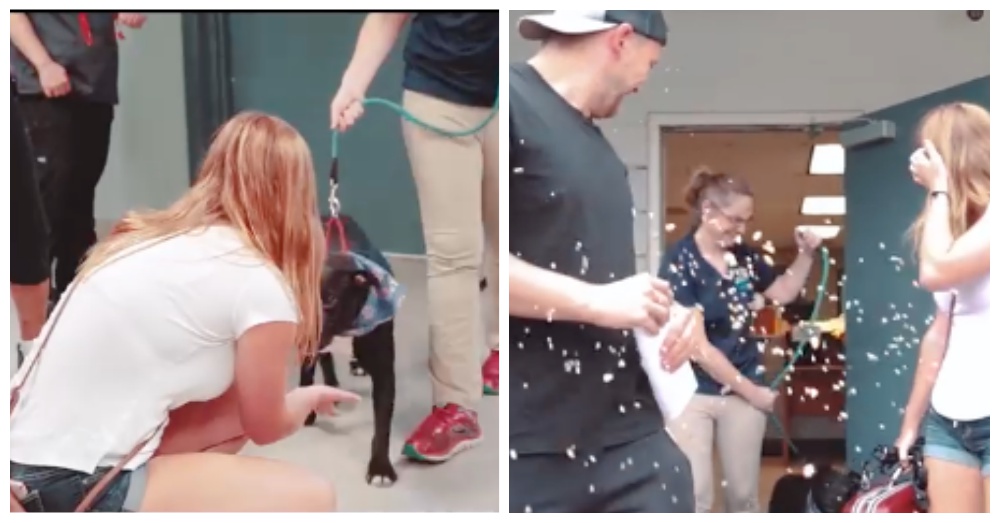 Ferguson was harder to adopt because he was a 6-year-old boy that did not want to share his parents. He needed a home where he would be the only fur child. 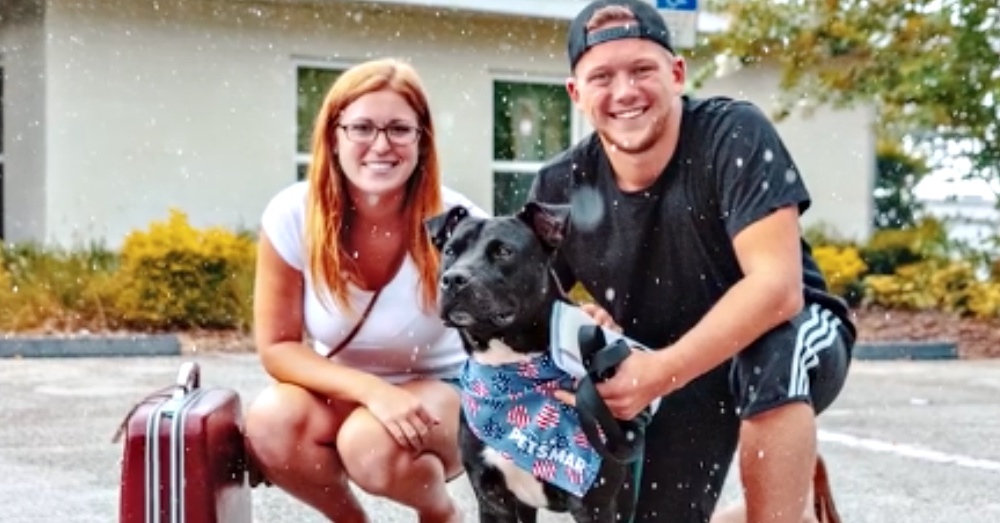 The staff was elated when the couple decided to adopt Ferguson. Although, they would miss him. To celebrate his new home, a photo was taken with his new family and confetti being thrown by staff members. The handsome boy finally found his forever home. “It just goes to show that with time and patience, there is a home for every dog.”

Watch how happy he is to leave the shelter forever in the video below.