A blind dog has been rescued by fishermen after being cruelly dumped to die in the sea in Ireland. Ash, a one-year-old Malinois, was pulled out of the freezing water at Balbriggan Harbour in County Dublin on December 8.

He was taken to Dublin County Shelter before being transferred to the care of Star Rescue.

Eileen Treacy, from the charity, told DogsLive: “We thought we’d heard it all but the story of Ash is incredible, remarkable and worthy of being shared because he is the dog who wouldn’t give up.

“Investigations point to him being dumped in the freezing waters of the harbour, another unwanted soul.

“We believe he was bundled into a vehicle and taken to the harbour and thrown into the water at an area he couldn’t escape from even if he had been able to see where he was.

“We believe he was thrown off the edge and left to drown, to die alone, terrified and confused on one of the coldest days of the year.”

Ash is still fighting for his life after taking a turn for the worst on Tuesday. 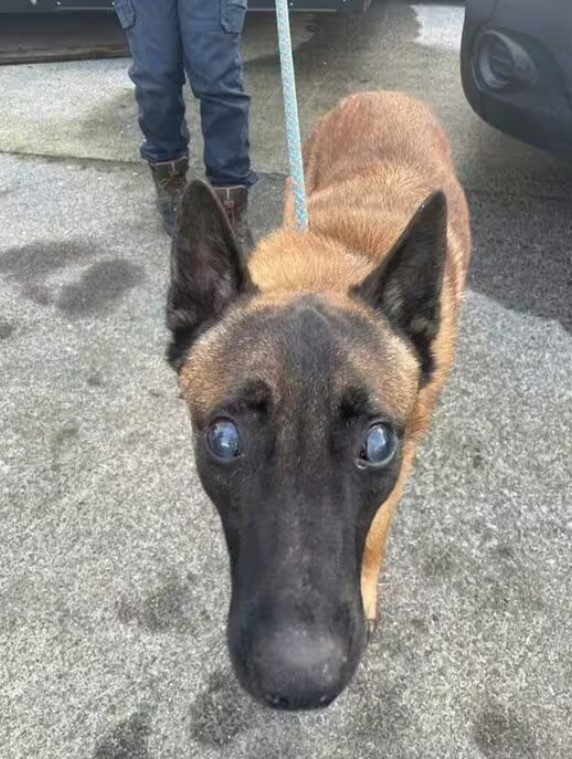 Ms Treacy said: “It’s not the update we all wanted but Ash began to crash on Tuesday night and became very lethargic, he lost his spark and instantly we knew things were not good.

“He went downhill so rapidly that it left us all in shock. His blood work showed an infection has taken hold in his body and he is so vulnerable and struggling to fight it it off.

“He had stopped eating and drinking and as a result was placed on drip antibiotics and fluid therapy.

“Ash is fighting for his life with our vets right now. we would ask everyone to keep him all your good thoughts, prayers and give him energy to pull through this. We will give him everything single thing he needs right now.

“We are fighting with him and for him. Gentle and loving Ash doesn’t deserve the life he has been dealt. He deserves to be in comfort with a loving family and we really hope we can get him there.

“But for now he is in the amazing hands of our vets and we couldn’t wish for better people to be caring for him.

“A dog’s life should be filled with happiness, love and experiences and we will not stand over any dog’s unnecessary suffering or pain.”

The charity is appealing for donations towards Ash’s veterinary treatment.