Animal Aid Unlimited received a call about a homeless puppy who needed urgent help. Rescuers found the emaciated stray hiding in a box full of trash exhausted from hunger and mange. He was very sweet but terrified of even the lightest touch, but he was about to get the help he needed. 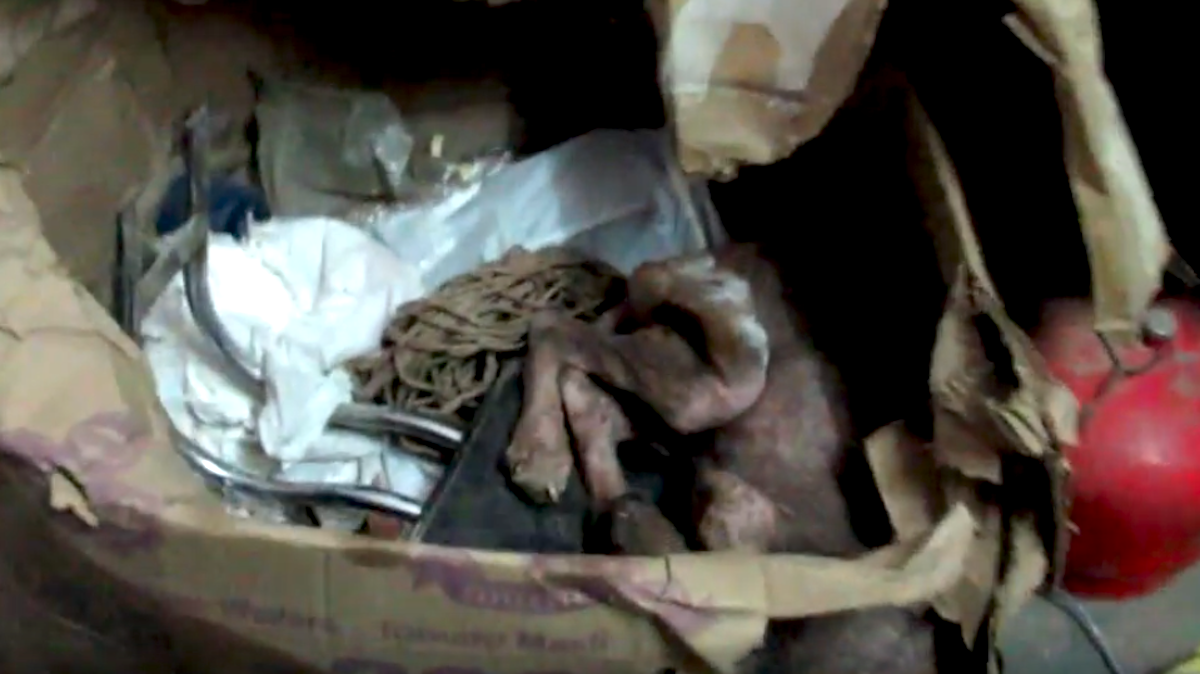 The poor thing was taken back to the facilities where they could treat him. He was so malnourished, you could see every bone in his body. He would need several weeks of treatment, and he was so brave throughout each and every one of them! 🙂 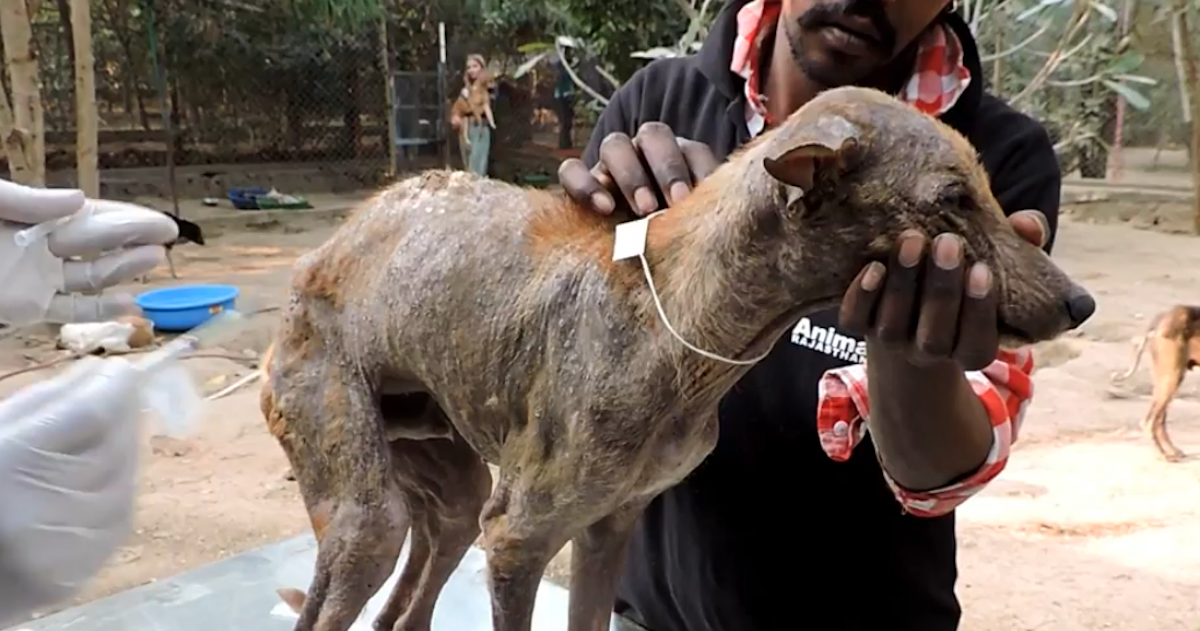 The dog was found in rapidly declining health and would cry out in pain when touched. But wait until you see Buttons today; he doesn’t even look the same. Unbelievable!