An old building was about to be demolished, but a horrific scent could be smelled coming from the inside. There were 10 Beagles trapped in there living in complete filth as scared as can be. But rescuers showed up just in time. 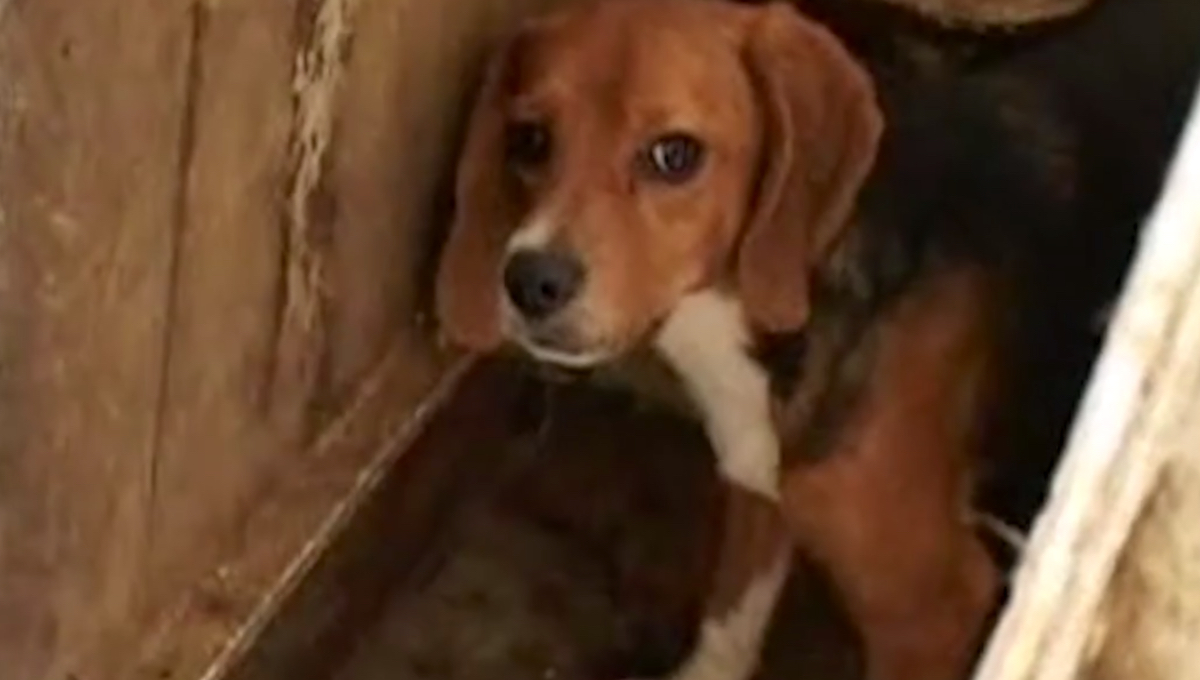 One particular girl dog was the most terrified of them all, and she got to go on her very first walk! And two months later, she was adopted into a loving home in a stark contrast to where her life was originally headed. 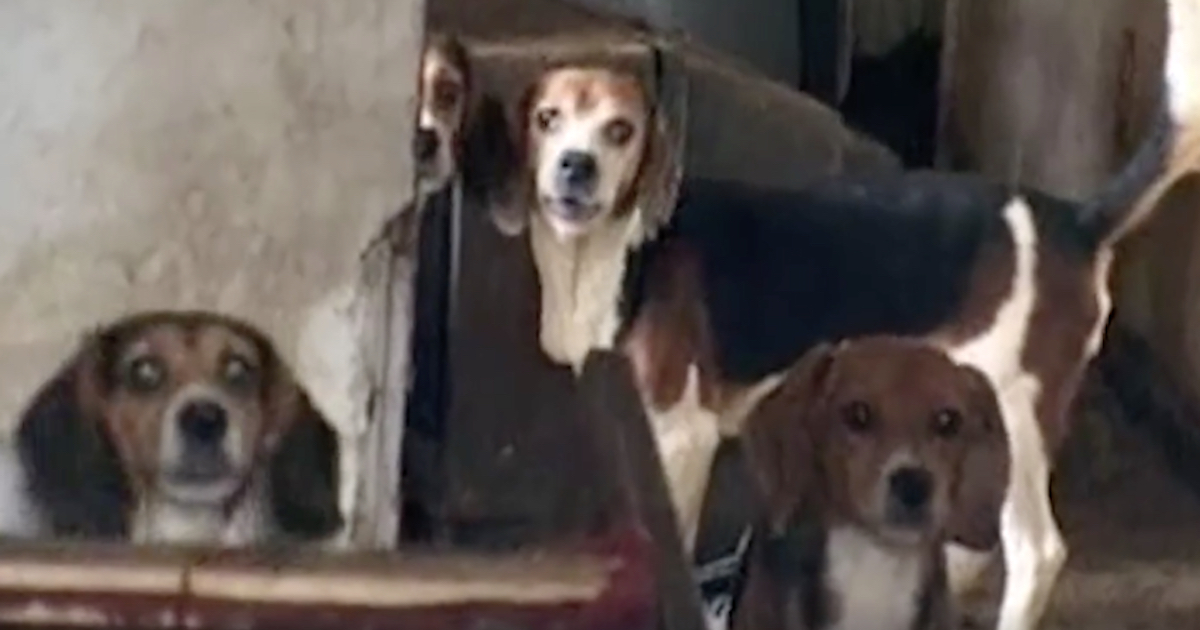 We’re so happy and thankful that these rescuers found and saved these Beagles before that building came crashing down. From this terrible hoarding situation, these dogs all got their much-deserved second chances at life.