While out for a walk with a friend in the suburbs of Paris, Pedro Dinis made a shocking discovery. To his horror, he came across a dog that was buried alive and had no hope of freeing itself.

What’s even worse is that this dog’s predicament was no accident.

The dog was completely stuck, and it wouldn’t have lasted much longer if Dinis hadn’t stopped to help. 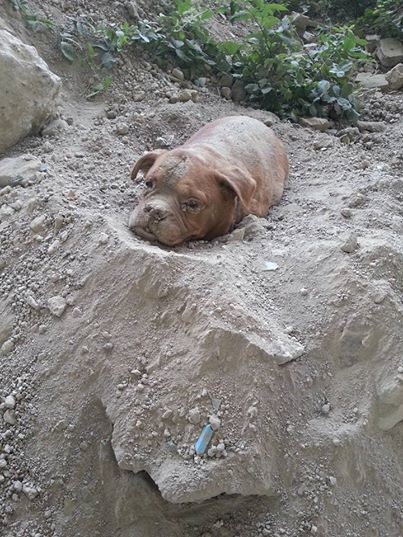 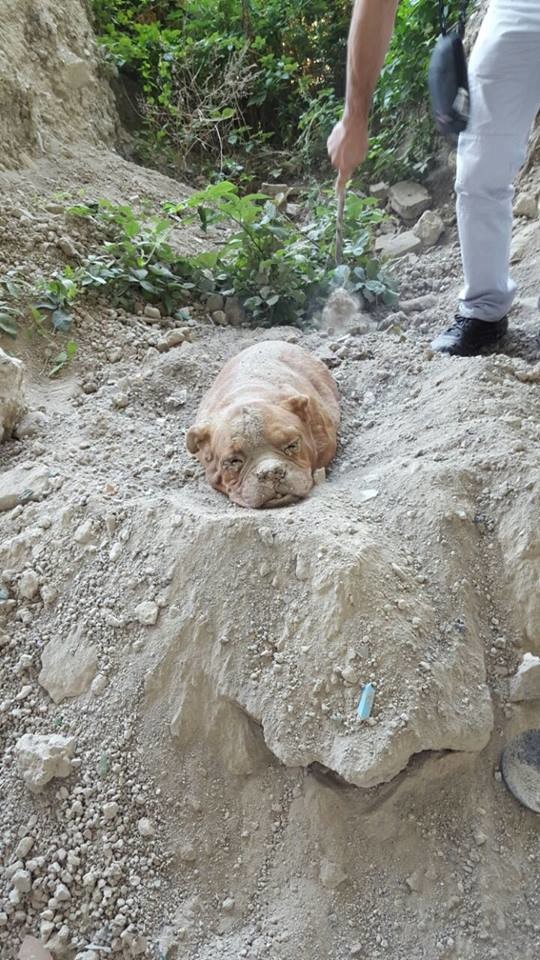 They had no idea how long the dog had been trapped there. 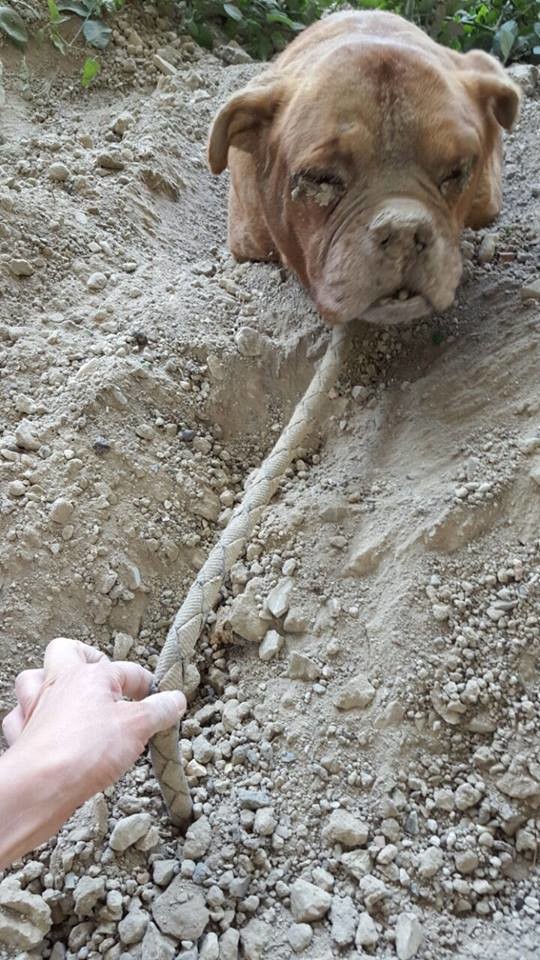 It was clear, however, that someone had done this on purpose. 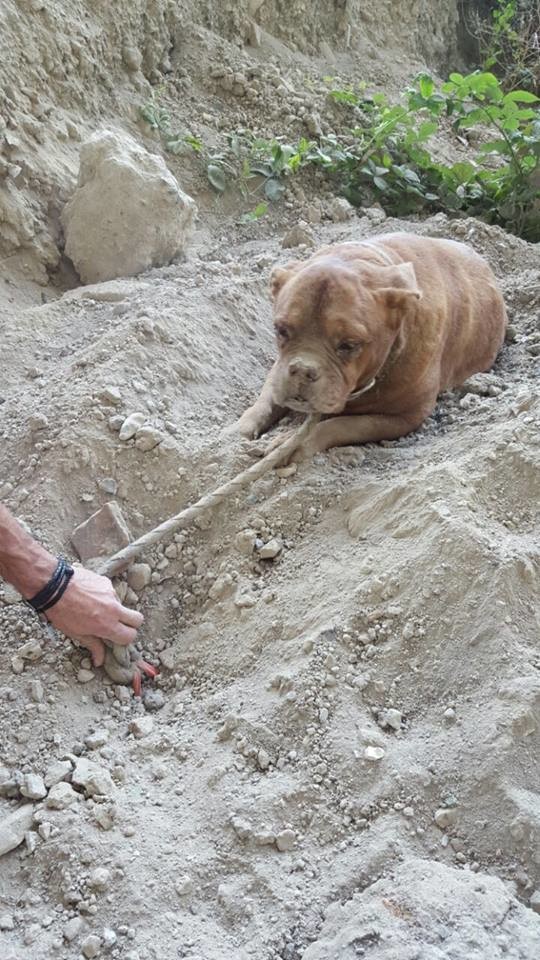 It was later determined that the pup had severe arthritis, which meant that it couldn’t have gotten into this situation on its own. 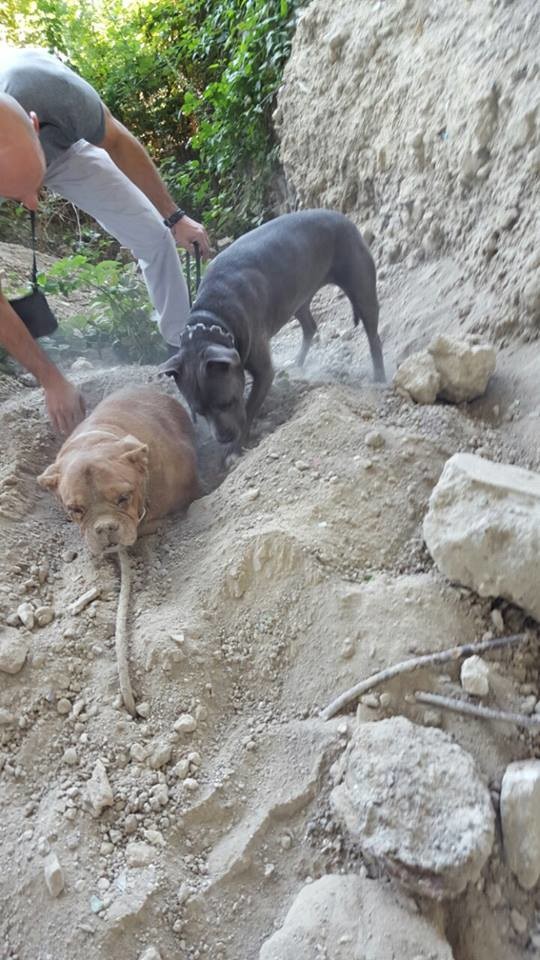 His own pooch even stepped in to help. 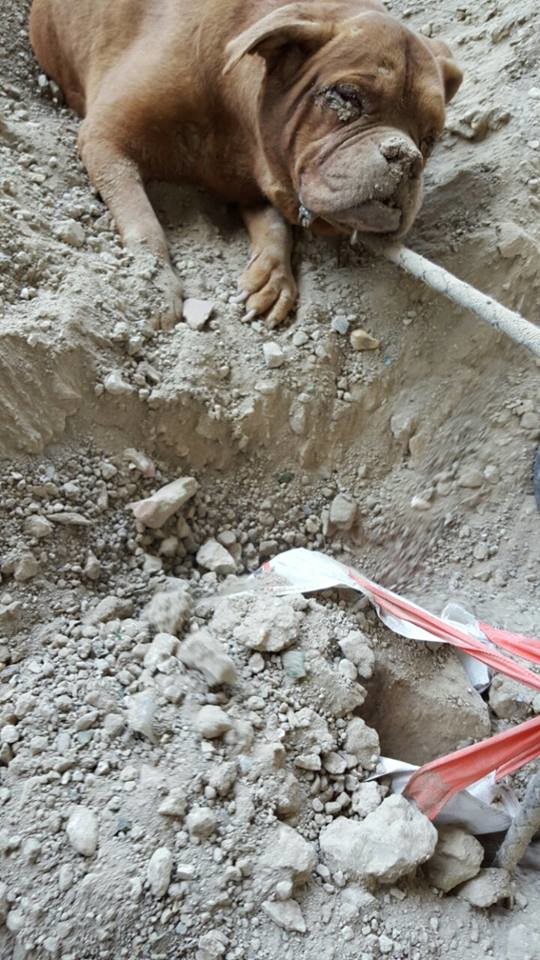 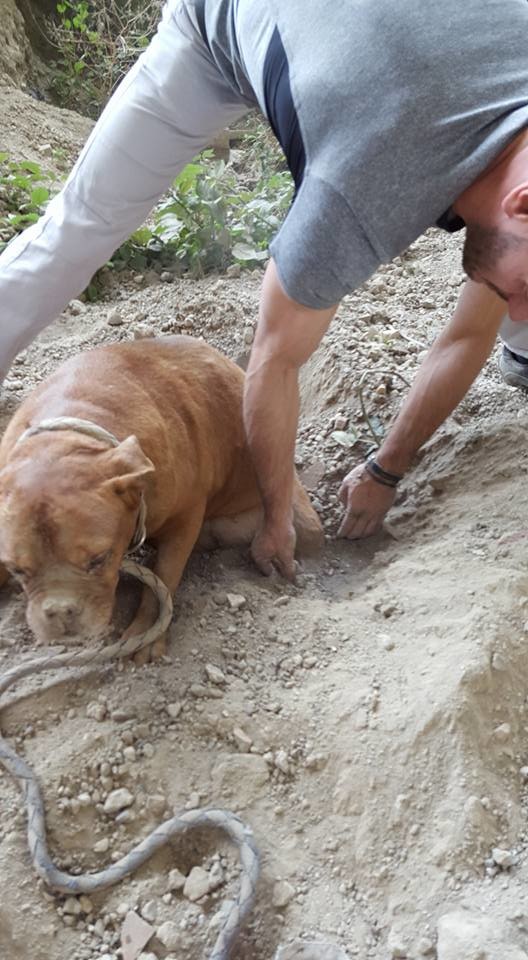 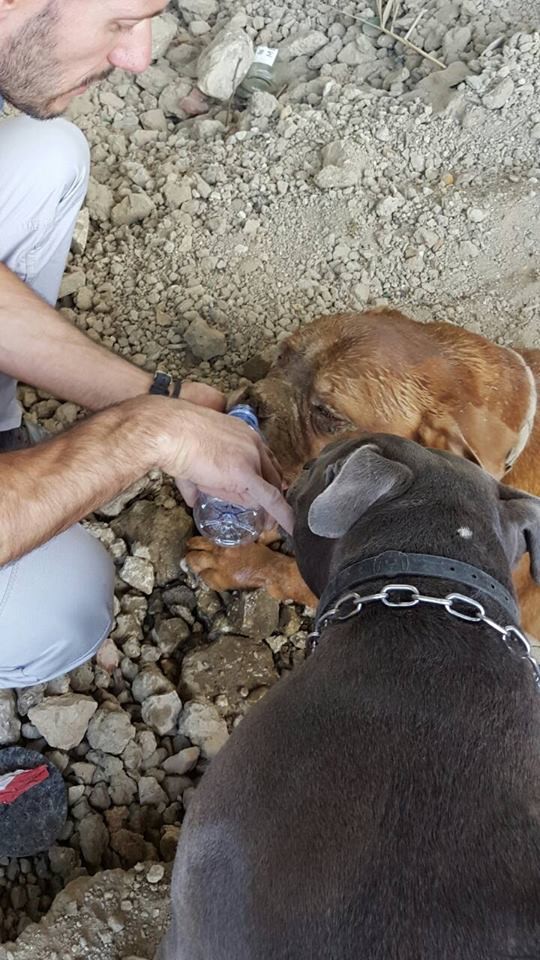 The dog was then taken to a local veterinary hospital, where it was given a clean bill of health. The strong animal persevered in spite of this heinous act of cruelty.

Dinis shared these photos on Facebook immediately after the incident, and has since received acclaim for saving the dog’s life. That being said, he’s quick to point out that he didn’t upload the photos to highlight his own actions, but to show the horrors of animal cruelty. In France, such cruelty is met with hefty fines and up to two years in jail.

After identifying the dog, its owner was charged with animal cruelty, and the abuser will be tried in March of next year. More than 135,000 people in France have signed a petition calling for maximum punishment.