A poor dog was a sad sight in front of a convenience store — all sick and swollen. The stray dog seemed like she was only taking a good nap on the pavement, but it turns out she had already fainted. According to a video from AnimalSTEP official, the dog fainted due to sickness and exhaustion. Her face was severely swollen — a sign of infection, and as seen on the video, she was having difficulty breathing. Based on reports, the female dog might have been hit by something. 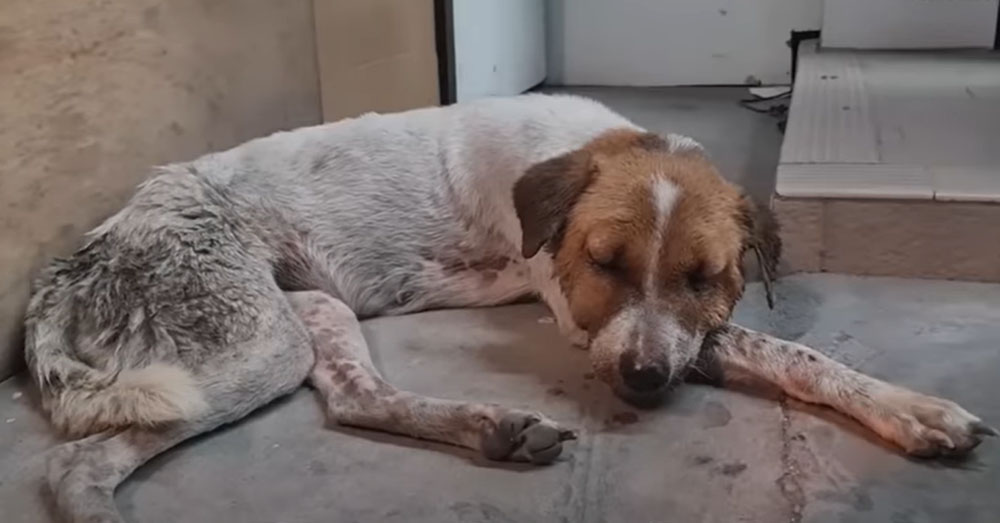 Thankfully, a good Samaritan called an animal rescue group and reported the dog’s whereabouts. She was successfully brought to a veterinary shelter — the dog was awake when they arrived at the shelter. They took her out of the crater and underwent a complete body checkup. She was immediately given IV fluid and painkillers. The dog stayed calm and cooperated well during the treatment process. After the initial fluids wore off, she returned to a semi-conscious state. The situation was very alarming, and they had to provide her with more IV fluids and pain medications. 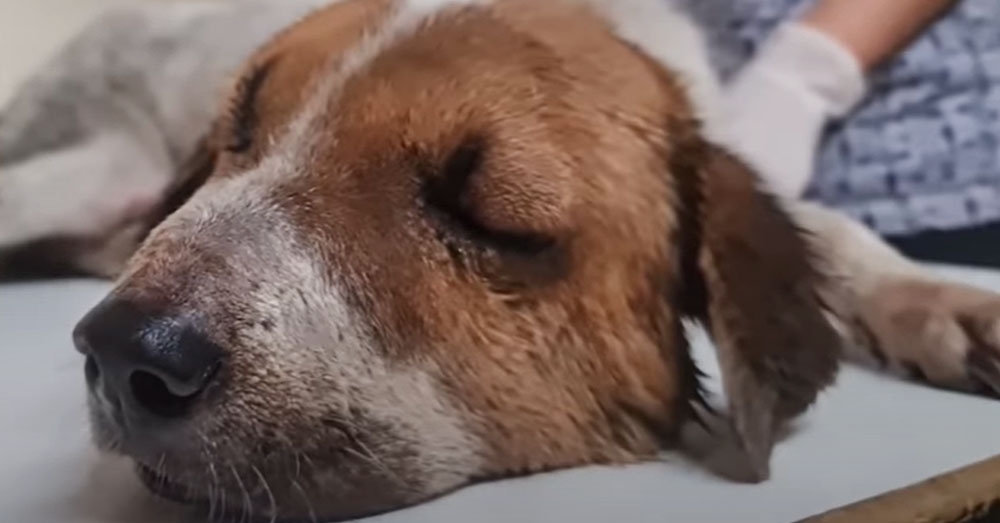 After several treatments, the vet shared that the wound on the dog’s face might have shocked her. The concerned citizen called the animal rescue group at the right time. If it had taken another few more hours, the stray dog might have experienced severe pain. Also, the dog was fighting so hard for her life — it might be the main reason it stayed calm even when experiencing pain while surrounded by unfamiliar people. The vets also helped her by doing everything they could to ensure her survival.

With a good amount of antibiotics and proper rest, the dog’s bloodwork came back. The treatments fought the infection, and she got out of the hospital after 10 days. Reports shared that the dog amazingly changed and looked healthier than ever. She even found a new home — one she certainly deserves. Everyone involved in the rescue operation was a hero and led the dog to a loving home. For your daily dose of good news, watch the heartwarming video below.