Hope For Paws received a call about a homeless dog taking refuge on a golf course. They know rescues in big, open areas can be challenging, but they were up for it. They needed to get this good boy before he’d starve or before anything else could happen to him. 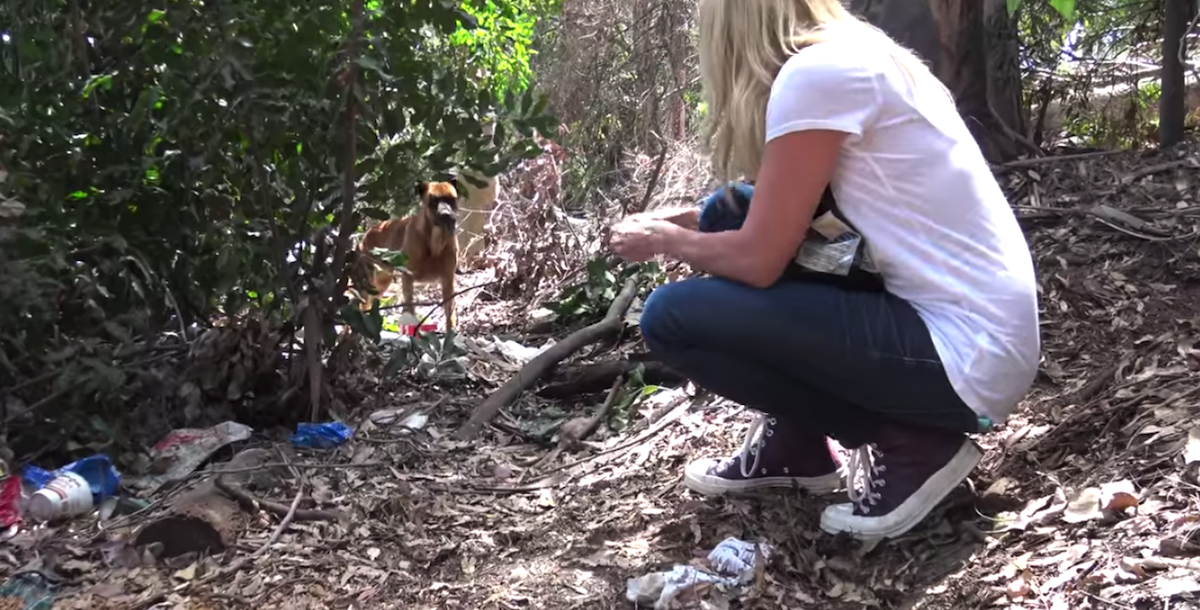 When they arrived, they found the dog hiding in the bushes off to the side. Although he was very hungry, he was hesitant and unsure of people. He kept his distance. Loreta used chicken to lure the dog out of the woods and toward the crate. Then they walked away to allow the dog to become more comfortable to walk into the trap. 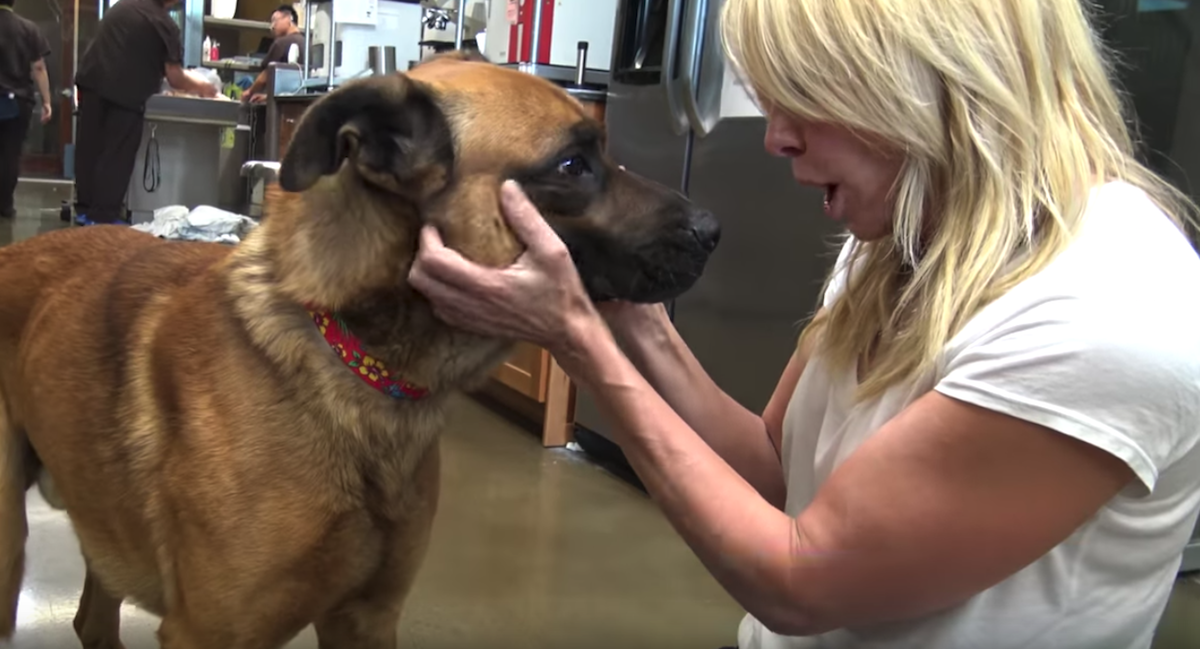 And that’s exactly what happened. Falcon was now on his way for a checkup and to start a brand new chapter of his life! He was the sweetest boy but had no microchip. But he wouldn’t be homeless for long — The Lovejoy Foundation found Falcon a forever home just shortly after his rescue! 🙂