My little princess was found in a dumpster by a friend of my son. Neither the friend nor my son were able to keep her, so my son called me. We had just lost our Tasha a few months prior, and I was still raw from her passing, so I really didn’t want another dog.

I asked what he was going to do with her if I didn’t take her, and he told me he’d have to take her to the Humane Society. I then asked what kind of dog it was and he told me it was a chihuahua. I’m thinking, “Ugh, an ankle biter.” That said, I told him to call his father, and if it was ok with him, then it was ok with me. He laughed and said he’d already talked to his dad and was told the same thing.

I got home and my son and the dog were there. I sat down on the stairs and this little ball of fur ran to me and sat in my lap and went to sleep. That was that. Roo was now a member of the family.

Our tiny little colorful ball of fur was in her furever home and I was in love, not only with her coloring, but with her personality. We took her to the vet and found out she had a heart murmur, which was probably why she was abandoned. We also think she was abused in her short 6 months (estimated) of life. We were determined to give her the best life for however long she had, no matter what it took or how much it cost. She knew she was safe and she knew she was loved. 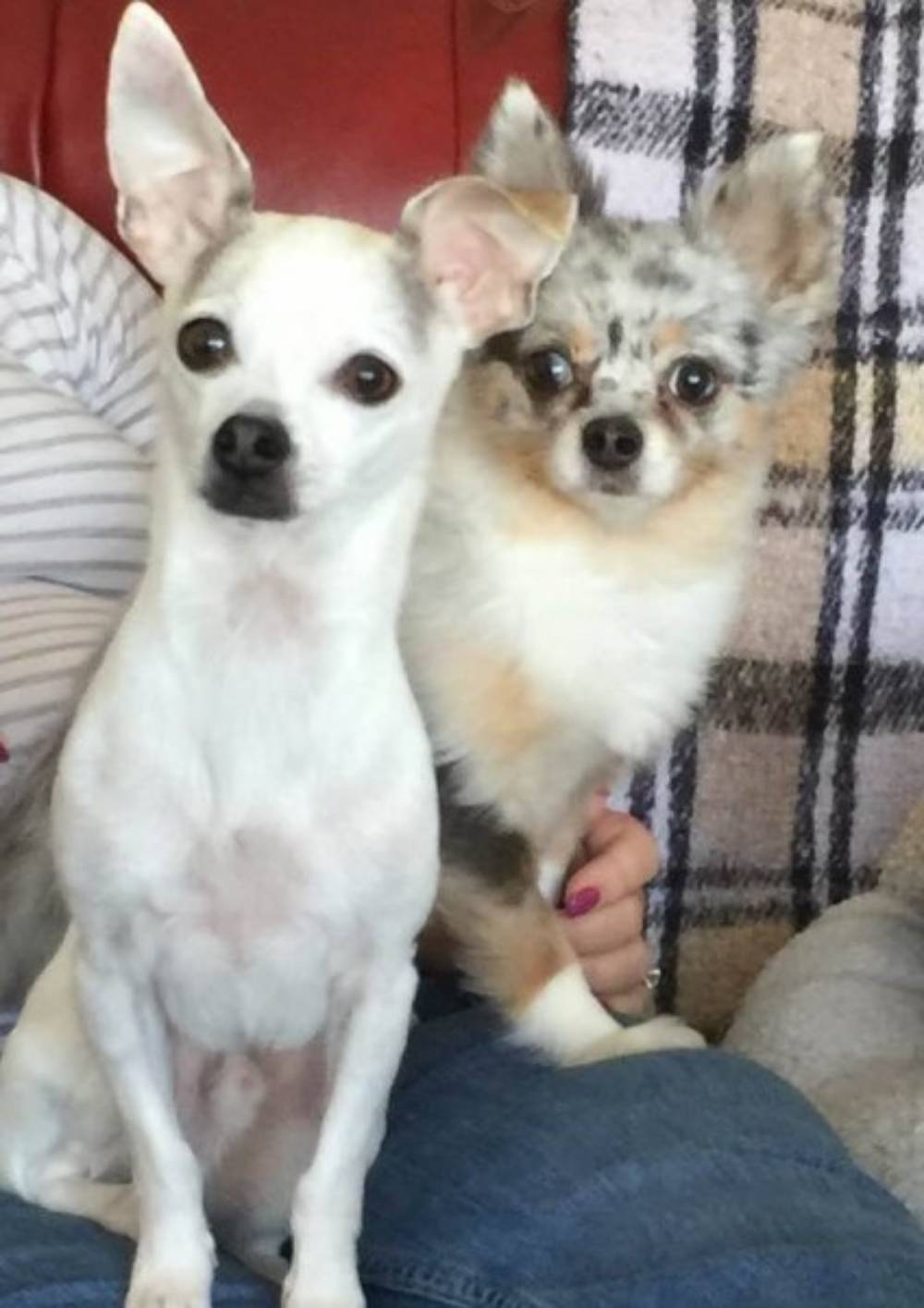 She gave us 13 wonderful years and I had to put her down about a month ago. She was my heart, my little princess, my nose licker and my lap dog. She rescued me and saved my sanity as I dealt with illness, empty nesting and moving. Along the way, she got a “sibling,” but she was the boss and Tycho was fine with that. He misses his sister. We all do. She stole our heart from day one and there will be a void in my heart forever. We were blessed.