Back in January, Erica Mahnken and her fiancé, Michael Favor, found Ashley inside an abandoned crack house in Staten Island, New York, and she was in bad shape. Underweight and covered in cigarette burns, she was — no surprise — left with no food or water. The home didn’t have electricity. 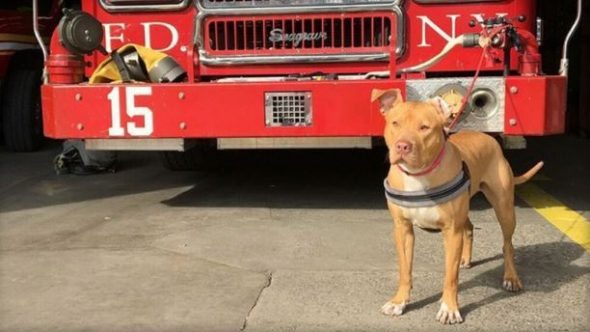 “It was freezing out. There was nothing in the house. No, we didn’t think about it — we just ran and got her and said we’ll figure out what we were going to do after we got her out of there,” Mahnken told CBS News.

The couple, along with their friend, Lara Ribeiro, had started the foster-based No More Pain Rescue about a year ago, but at the time they found Ash, there was no foster with whom she could be placed. So they called a firefighter friend who worked in Lower Manhattan. Their FDNY station, known as “Fort Pitt,” had once been home to a rottie. 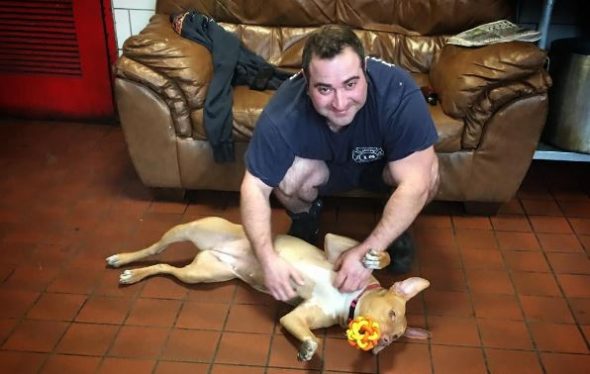 The firefighters agreed to take Ashley on a temporary basis, but not long after one of New York’s Bravest asked if he could adopt her. A delighted Mahnken said yes.

“My heart wants to explode,” Mahnken said. “Everyone’s so quick to judge a dog, especially a dog you don’t know where it came from or what kind of person they are and what kind… It is very satisfying.” 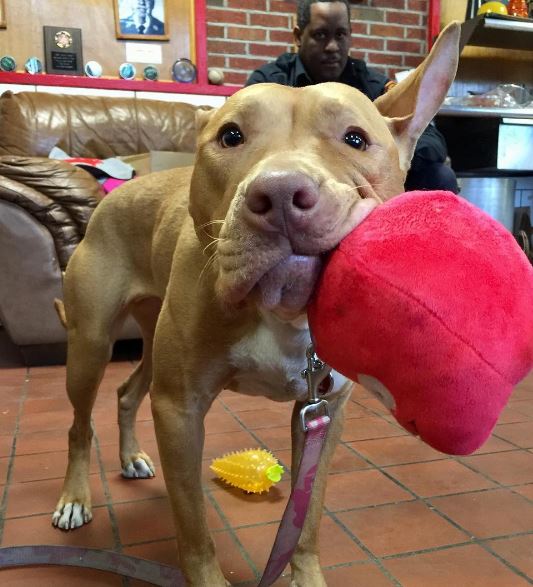 Ash is now about 1 and loving her new life as a New York City fire dog. She hangs out with the crew and rides in the truck when it’s time to work. Her health has improved greatly; she’s put on 25 pounds and filled out beautifully. She’s even a dog of Instagram now, with nearly 20,000 followers!

“Whenever she’s [at the station] her tail is wagging, she’s super friendly and jumping on everybody,” Mahnken said. “She’s really lovable.”