Valinda Cortez was on her way to a convenience store in her pajamas and flip-flops when she spotted a dog sitting in the parking lot. It was raining and the dog just sat there refusing to move. The poor thing had clearly been abandoned and was scared for her life. 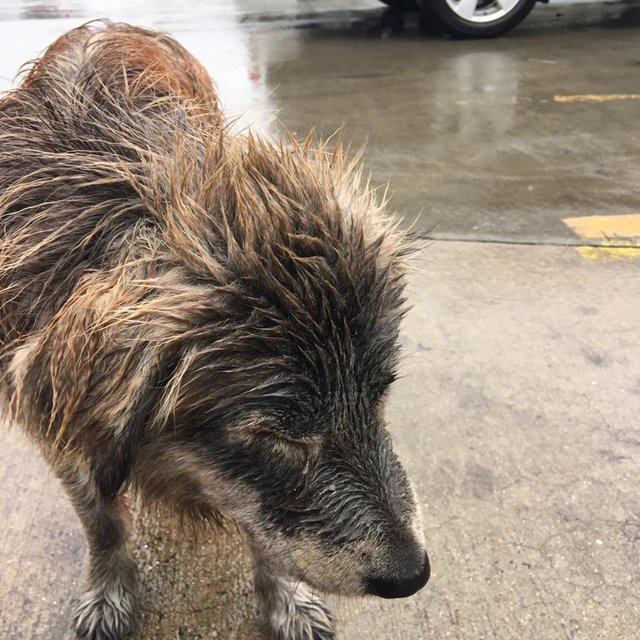 The poor dog was freezing. So Valinda, an animal lover and advocate, got out of her car and proceeded to wrap a blanket around the pup. At first, the dog didn’t even flinch. 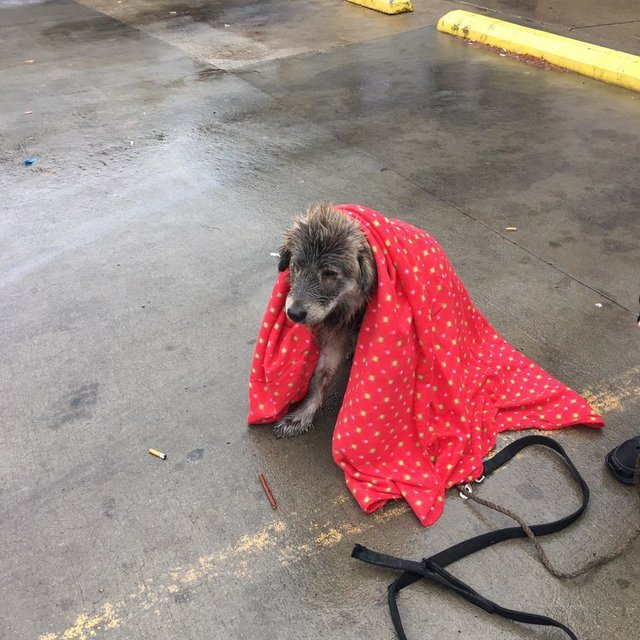 Nor did she move when offered a hand by the woman. 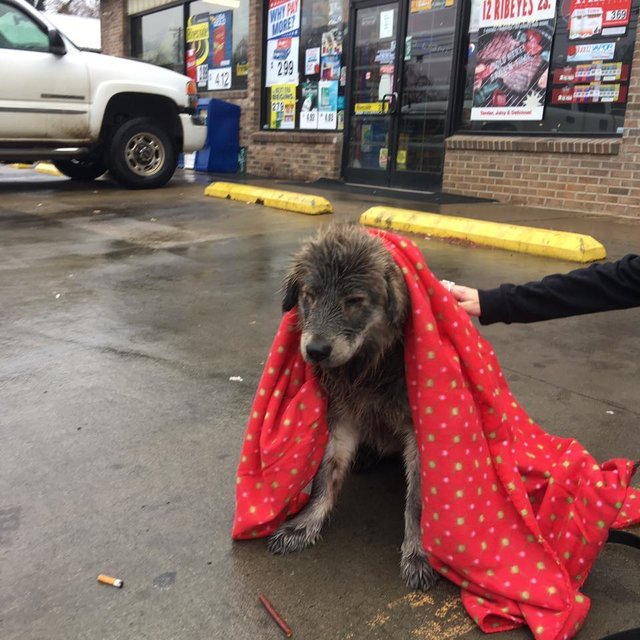 So Valinda stayed with the dog in the parking lot for a while to try to earn her trust. The dog’s fur was wet and matted, and she had a cut on her leg. It broke the woman’s heart. 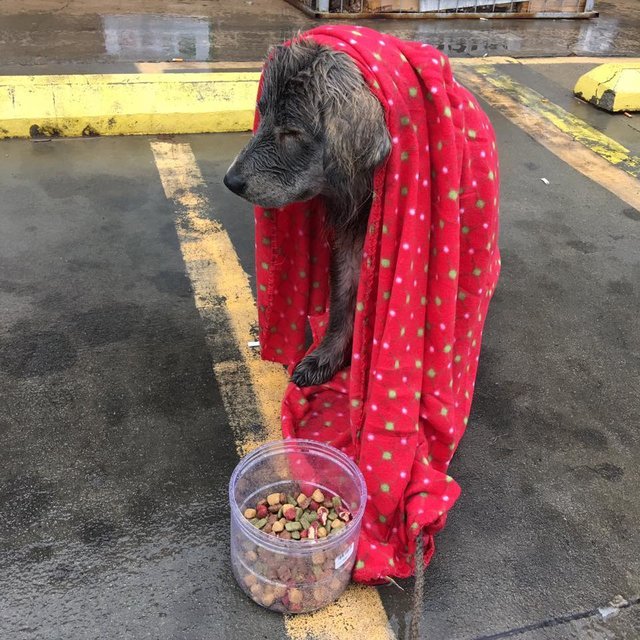 Valinda then called her friend, Sue Massi, a woman who volunteers with her to save local strays, to come take a look. She arrived on the scene, and they met an animal control officer. Together they were able to talk the dog into getting in a car to be transported to the shelter.

Within just a few days, the love and care Cassie had received had already put a smile back on her face. When all cleaned up, she looks completely different! 🙂 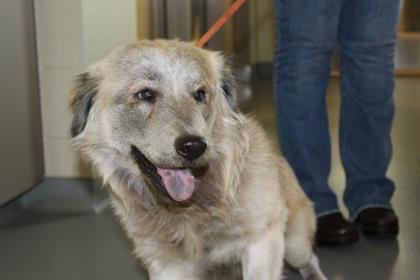 “Humans had let her down but hopefully the food, warm blanket and love I gave her will restore her faith in humans,” Valinda told The Dodo.

Cassie is being matched up with the perfect adopters, and Valinda hopes a lesson can be learned from the dog’s story:

“There are always options,” she said. “What if I ignored this cold, wet, hungry dog and kept driving? She could have froze to death, been hit by a car or numerous other things. It’s not that hard to find a shelter that will take your animal.”