It’s disturbing that anyone could give up their dog by tying their leash to a pole and walking away, especially when it’s only 30 degrees out, but how anyone could do that to such a good boy is mind-boggling.  Hank had been left like this in a Connecticut park, and when he slipped out of his collar, he didn’t even run away – he just sat there waiting for his human to come back for him.  Awwww! 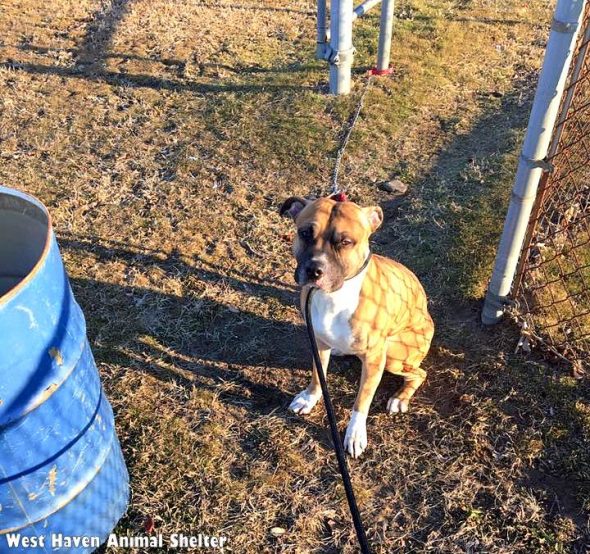 “This poor baby was found at Morse Park behind Chick’s [a closed restaurant] earlier this morning,” West Haven Animal Shelter said on Facebook.  “It appears he was left tied to a pole but he slipped his collar and just sat there waiting for help.” 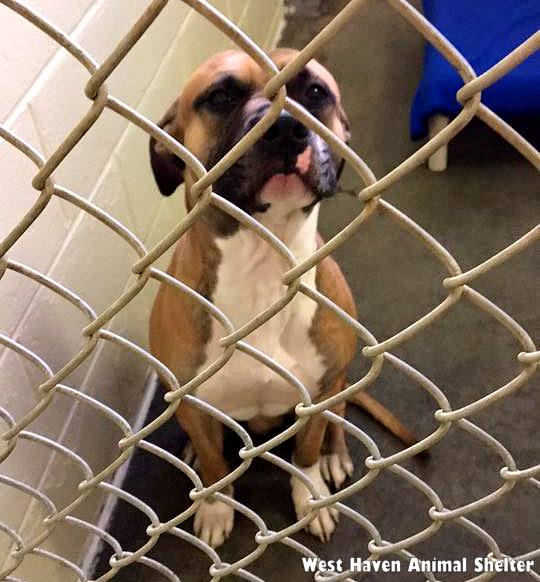 Though he could have run away, the poor darling was cold and scared, and didn’t know what to do aside from wait for someone to come back for him.  Hank is waiting for a new home at WHAS, assuming that he was indeed abandoned by his owner, and not stolen or something.  He is a two-year-old, unaltered boxer mix, and obviously very well-behaved.

“There are plenty of options out there if you are unable to care for your animal rather than abandoning them alone in a desolate area where the animal could be hurt or freeze,” animal control officer Nikki Stancarone told PEOPLE. 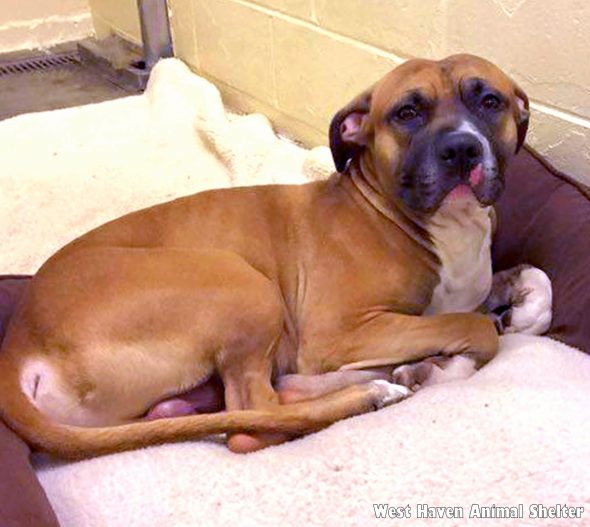 WHAS UPDATE, 2/7/17, 2:35 PM:  “Although still pretty scared, Hank is doing well. He is a very sweet boy and we are giving him time to settle in after his ordeal. Here he is enjoying a nice peanut butter kong in his nice warm bed. We’ve had a lot of interest in him, and we are currently accepting applications.”