A sweet husky dog was helped by police when they received a call from a person who found him tied to a pole in the hot Florida sun.

The poor dog was covered in fleas and ticks. His ears had sores and injuries that needed to be treated. The dog was abandoned and not just left, but deliberately tied to a pole. He was unable to move or run away from danger. It was a hot humid day in Florida when he was found without shade. 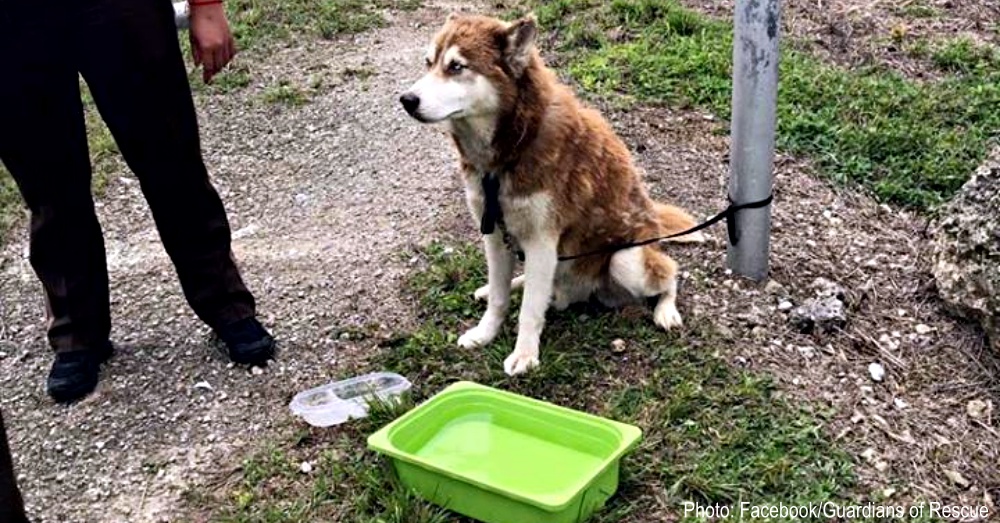 The officers offered the dog some water and were preparing to bring him to the local shelter. However, a volunteer for a rescue was in the area and overheard the situation. They contacted Guardians of Rescue who came immediately to take the dog.

The rescue organization posted, “He was left tied up — he didn’t even have the option to run and hide, but instead was forced to sit in the hot, humid heat with no shade. His ears have injuries, he is infested with fleas and ticks. He was left to die — no longer wanted, but not just tossed like we generally see, instead tied so that he couldn’t escape, leaving him vulnerable for human cruelty, to be grabbed for bait, or defenseless against any animal attack.” 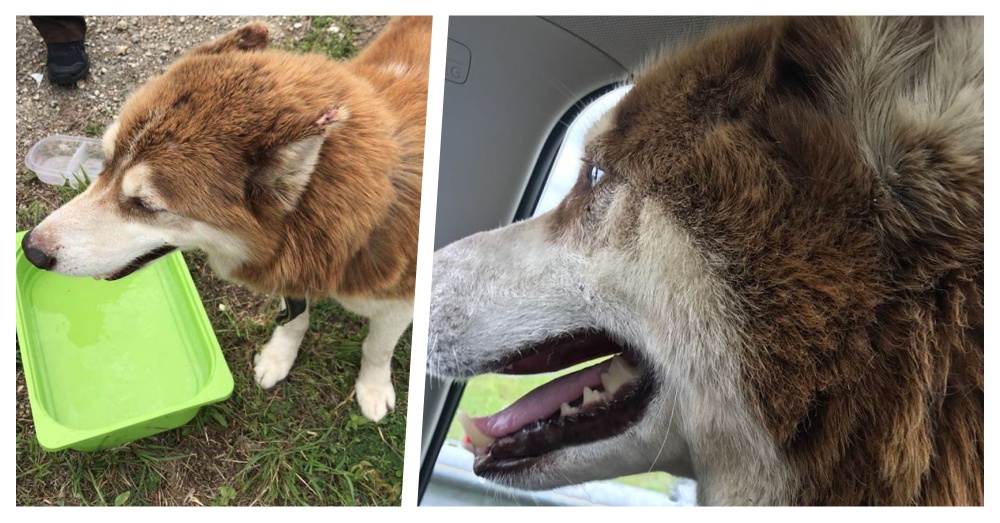 The dog looked completely defeated and hopeless when they picked him up. He was brought to a vet to be treated for fleas and ticks and to have his ears looked at. The rescue will continue to care for the dog until they find the perfect forever home.

The area the dog was found is sadly known for dog dumping. The rescue states on their website, “Thousands of dogs are abandoned in Miami-Dade County, Florida. Unwanted, they are dumped with out a care and little chance for prosecution around the 2400+ mile county, with a huge number being abandoned in the vast agricultural areas of Redland, Homestead and Hialeah.” 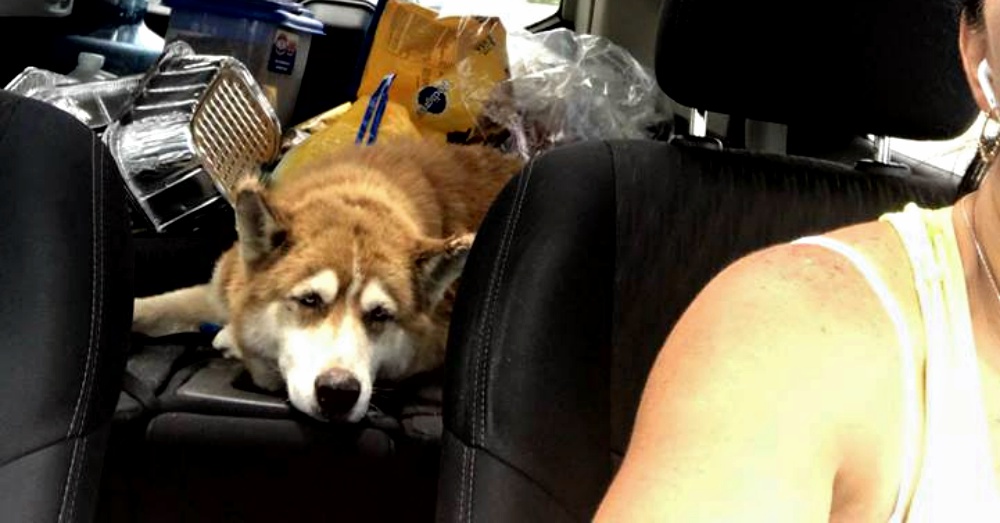 The rescue group works with other local rescues to help dogs that are abandoned in that county. Unfortunately, not much has changed. The rescue posted on Facebook, “So many horrible things could have happened to this friendly dog, because Miami-Dade County does nothing to stop abandonment, but thankfully, he is safe and will go on to have a good, happy life.”

Thankfully, the rescue stepped up to help save the life of this beautiful dog. Dumping a dog in the woods or just setting them free is not the answer. If you are no longer able to care for your dog be sure to contact your local shelter. They deserve to find a loving home.