Dogs are loyal human companions. An example of true friendship and human devotion comes from Serbia, where a male dog abandoned by his owners in a home filled with trash, almost died of starvation, waiting for his owners’ return. Zselyko E. a volunteer at a local Serbian animal shelter contacted us to tell us the story of Vucko. 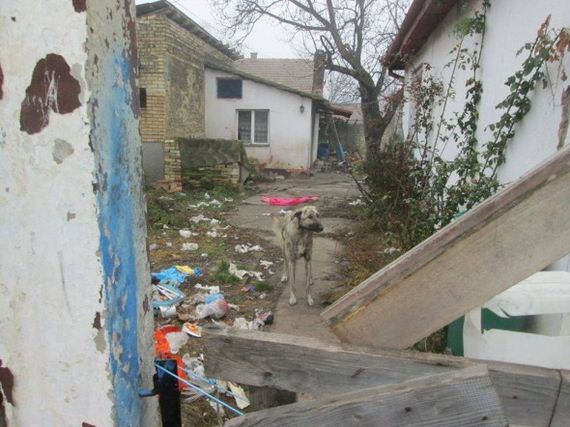 “In a quiet house in our city we heard a thin yelping sound. It was a dog whose life was near its end,” said Zselyko. “We approached a decrepit gate and there he was, an extremely skinny big dog with sad eyes. When he saw us, he slowly approached us. [The dog] clearly didn’t have any strength because he was hungry, thirsty, cold, and who knows what else.”

Even though Vucko could have easy escaped the home – the fence was short and if the dog wanted to jump over it, he could have – he stayed and waited for his humans to come back for him. They never did.

The animal rescuer contacted neighbors and learned Vucko’s owners had recently moved away abandoning him. The dog owners left and didn’t bother to leave a bowl of water, let a lone a plate of food for Vucko. 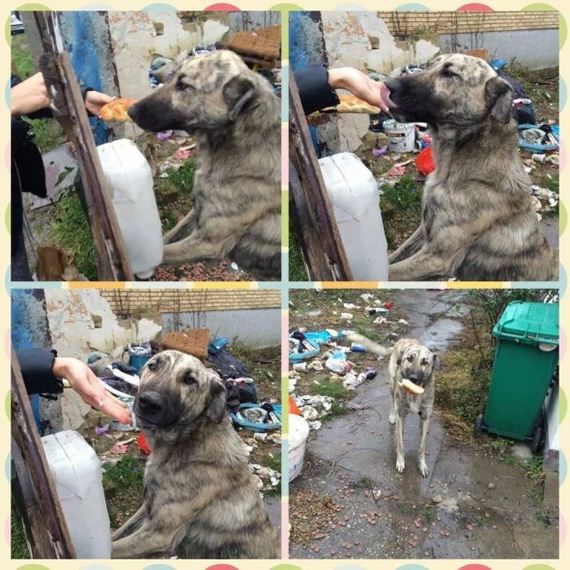 “They left him in a yard full of trash. They literally sentenced him to death,” said Zselyko.

Rescuers knew that Vucko needed help. They fed him and made arrangements to transport him to a safe house. Rescuers knew that if they left the dog at the abandoned home, the pet would starve or be killed by animal control. 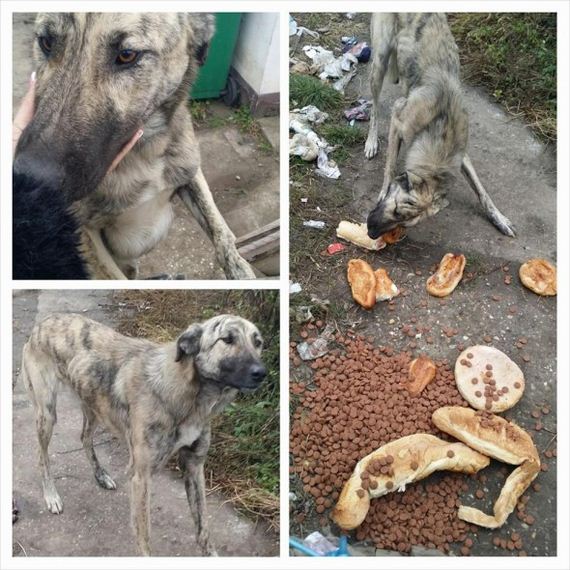 Zselyko and his friends don’t run a registered animal organization. They volunteer at local animal shelters and use their own salaries to rescue and protect dogs from euthanasia.

Leaving Vucko behind was not an option for these animal lovers, instead they want to find him a loving owner who will love him unconditional and never abandon him again, but before they can do this, they need to nurse the emaciated dog back to health. 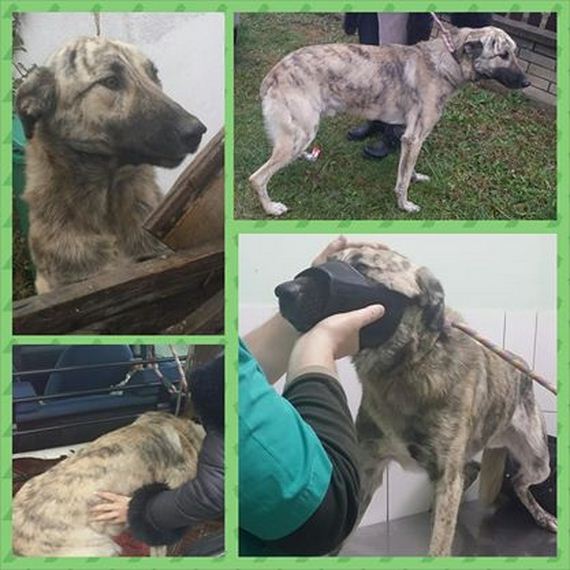 Vucko is believed to be two- to three-years old and is extremely under weight. He needs emergency medical care to treat parasites. He will need vaccinations and to her neutered, but at this moment, Zselyko and his friends can’t afford to cover all of the dog’s medical costs. They are asking the community to help them save Vucko.