Six-year-old Merrick resided at the Humane Society of Greater Kansas City for nearly five years, which is almost his entire life.

He was brought to the shelter after someone found him abandoned with a giant abscess on his cheek, tooth and gum, that was the size of a grapefruit. 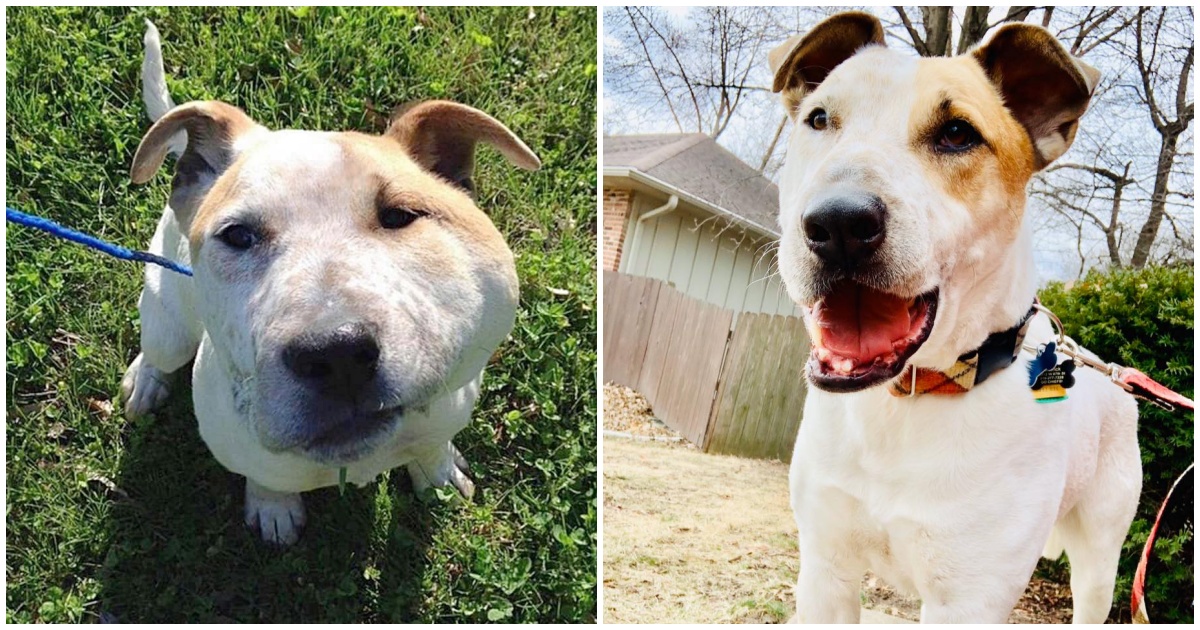 Thankfully, they removed the abscess, and Merrick has been healthy ever since.

Shelter staff, who quickly fell in love with Merrick, tried so many things to help him get adopted, including photo shoots and promotional videos, but to no avail.

For some reason, through no fault of his own, Merrick was overlooked time and time again. 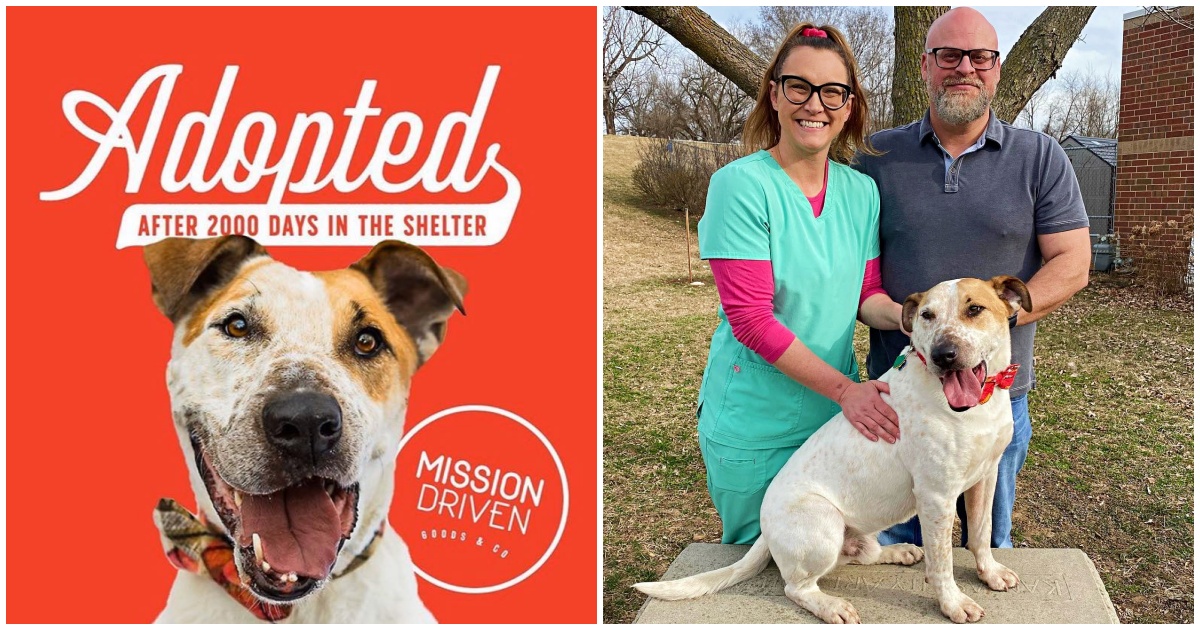 They even put up a giant billboard with Merrick on it, and moved it to different places in the downtown Kansas City area, but as the weeks went by, Merrick was still without a home.

That is, until Jordan Nassbaum laid eyes on him. As soon as he saw Merrick, he knew he had to adopt him. 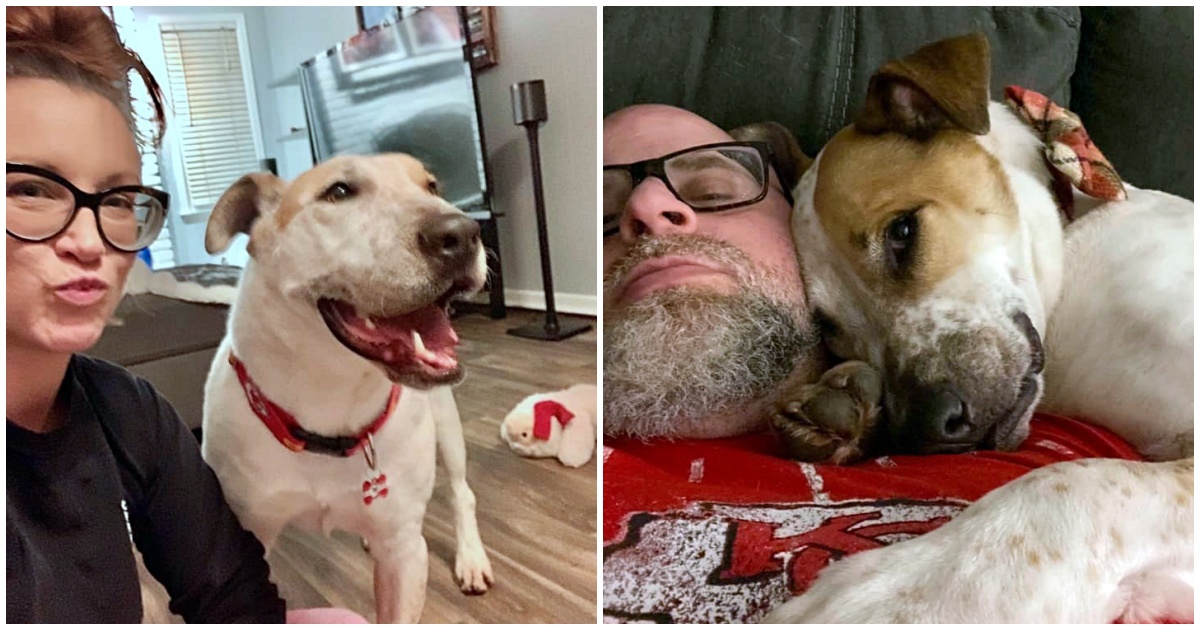 While the Humane Society staff would miss Merrick, they were thrilled that he finally found a loving forever home. This past Wednesday, they threw Merrick a big send-off as his new owners picked him up.

Staff held up signs and cheered as Merrick walked to his owner’s car for his “freedom ride.”

“I can’t even tell you, emotions are so heavy today,” animal advocate Scott Poore told News 8. “I’ve helped hundreds of dogs find homes, but none of them mean as much as helping Merrick.” 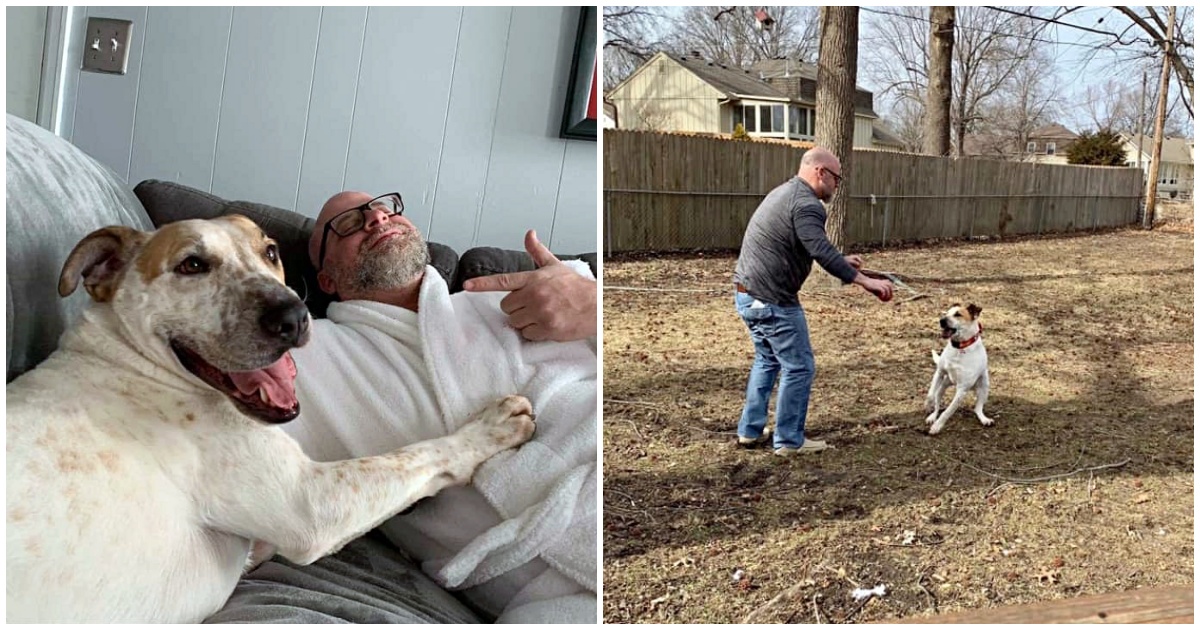 Merrick has settled into his new home rather quickly and has enjoyed snuggling with his new humans and running around in his big backyard.

His new humans even made him a Facebook page, so that Merrick’s fans can keep up with his new adventures.