In Los Angeles, California, a Good Samaritan walking near an alley made an unusual discovery. Two abandoned mother dogs and their newborn puppies were cuddled up together staying warm and collectively protecting each other and their puppies.

Check out their first video:

Feeding and grooming at the same time, these ladies got it figured out! 😍Our 2 mama’s, who we’ve decided to name Thelma & Louise, arrived safely with their 9 babes last night and are settling in wonderfully. This family is just about as sweet as it gets! 💘#teamworkmakesthedreamwork #rescuefamily #dogrescue

According to the Northwest Dog Project (NDP), the woman who found the puppies nearly two weeks ago, refused to leave them in the alley to fend for themselves and so she brought them home and later helped transfer them to the rescue located in Eugene, Oregon. Between the two moms, there were nine puppies – 2 males and seven girls. 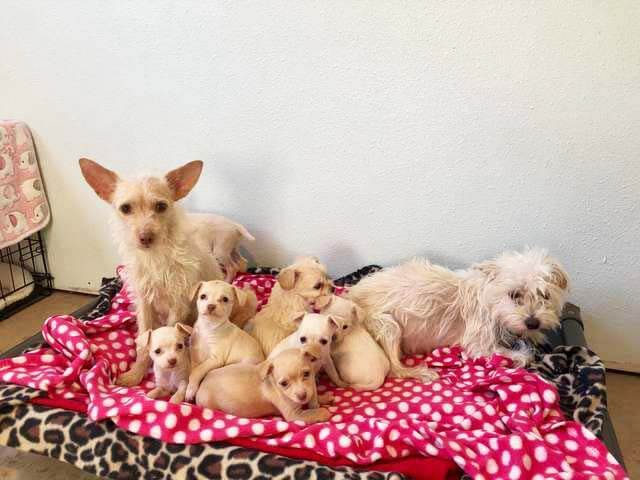 “These 2 mama dogs were found in an alley, curled up together with their 9 puppies,” the rescue organization posted on their social media page. “We’ve got no idea who’s is who’s at this point, they’re just one big family.”

It is more than likely the two mother dogs had been abandoned for quite awhile, since they were both extremely malnourished and starving. How they met each other or whether they were kicked out from their former homes together, is unknown. Each mother dog seemed to have their own jobs caring for the puppies. When one mom would nurse, the other dog would clean the babies. 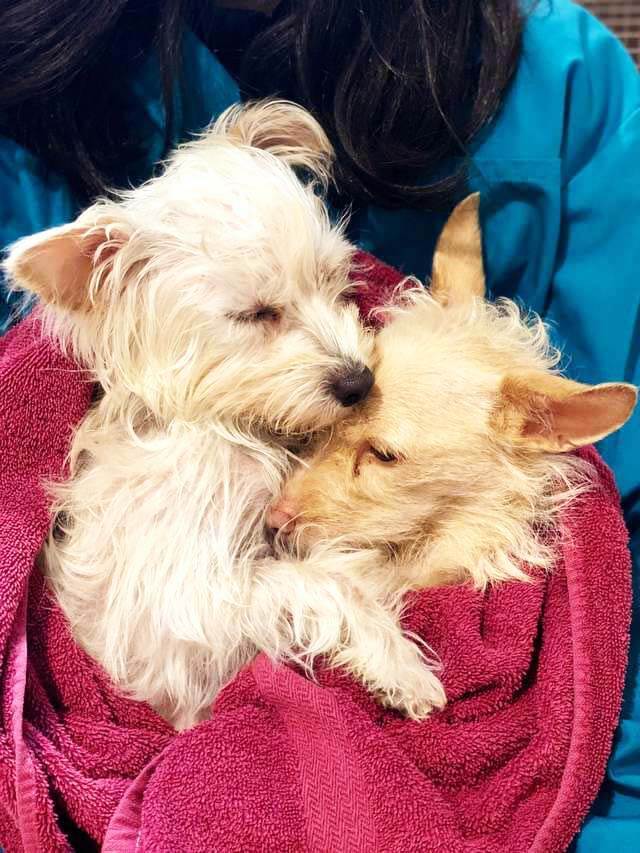 The puppies are doing well and are expected to be ready for adoption in mid-February. If interested in  donating or adopting, please click here. 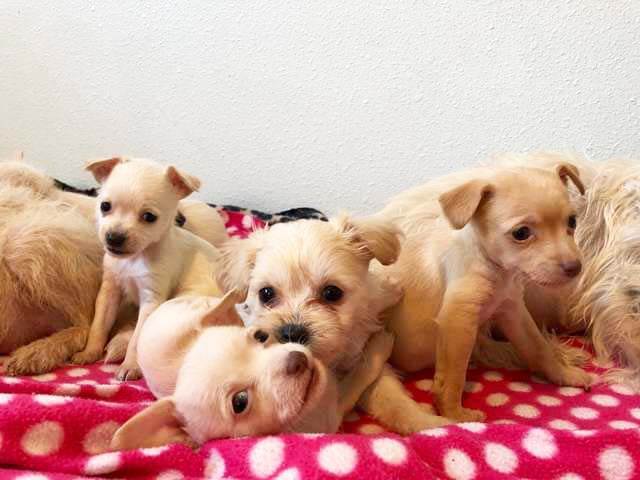