Small and incredibly relentless, this street puppy shows that size is irrelevant. 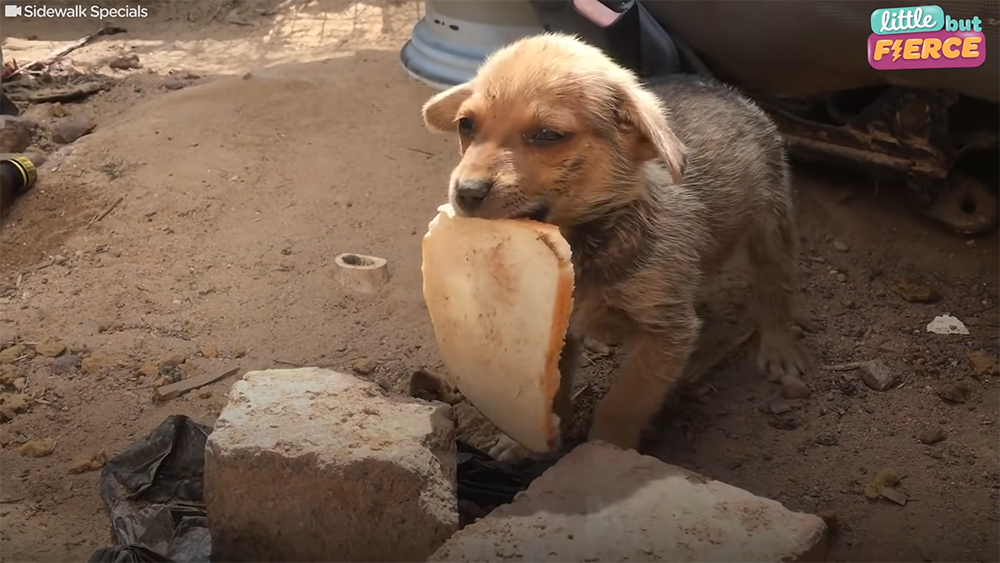 The small puppy was found by rescuers in the Groendal township in the Western Cape region of South Africa. The rescuers from Sidewalk Specials said that the puppy was still happily wagging his tail when they found him on the side of a street with a piece of stale bread by his side. He was eager to share the piece of bread with his rescuers despite having been burned by humans before.

The rescuers wrote in their original Facebook post about Gunnar, the new name of the puppy, that he was anemic:

“Gunnar’s anemic and suffering from tick bite fever, having one of the worst worm and tick infestations we’ve seen. He also has an eye infection requiring attention 💔”

After being rescued and spending a week in the vet to get treated, Gunnar was able to get cleared as fit to get adopted. Rescuers attributed his ability to keep going despite being abandoned to his “absolutely positive attitude.” And within just 2 weeks after his release from the vet, Gunnar has found his forever home.

Freya, Gunnar’s new mom, described the puppy as “tiny, like, half of my arm” and said that Gunnar didn’t have any troubles opening up to his new family.

“It feels like he was very thankful that he got rescued. He’d probably never seen a lawn before. He was super curious all the time and wanted to discover everything,” said Freya. 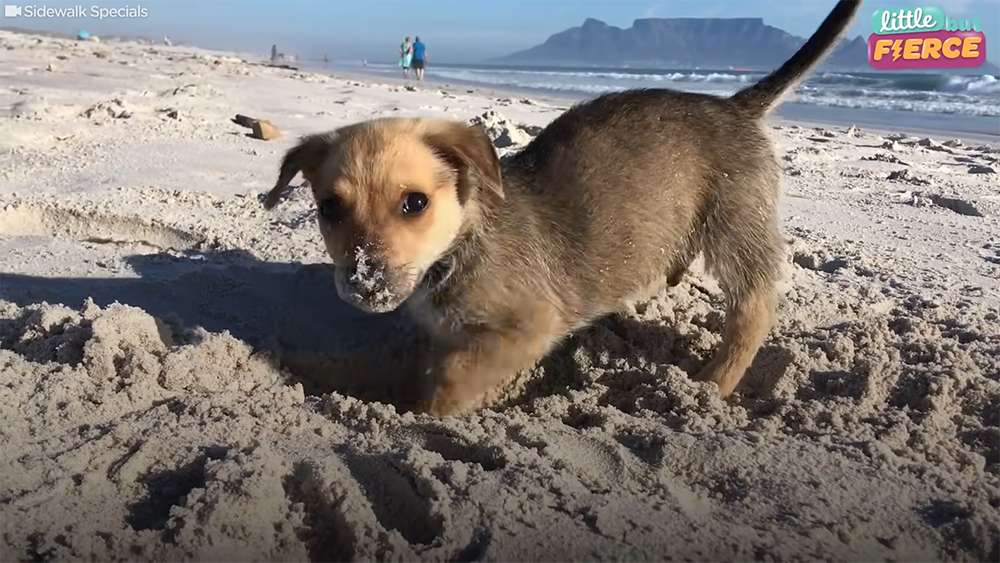 “He first goes around, searches for the right rock. It’s not any rock. And then he brings it to you,” Freya said, “he’s definitely our little rockstar.”

Freya’s family has grown larger ever since they adopted Gunnar. They started fostering other animals at the beginning of the pandemic with the thought that it would be a positive change for Gunnar and for him to have some play buddies. 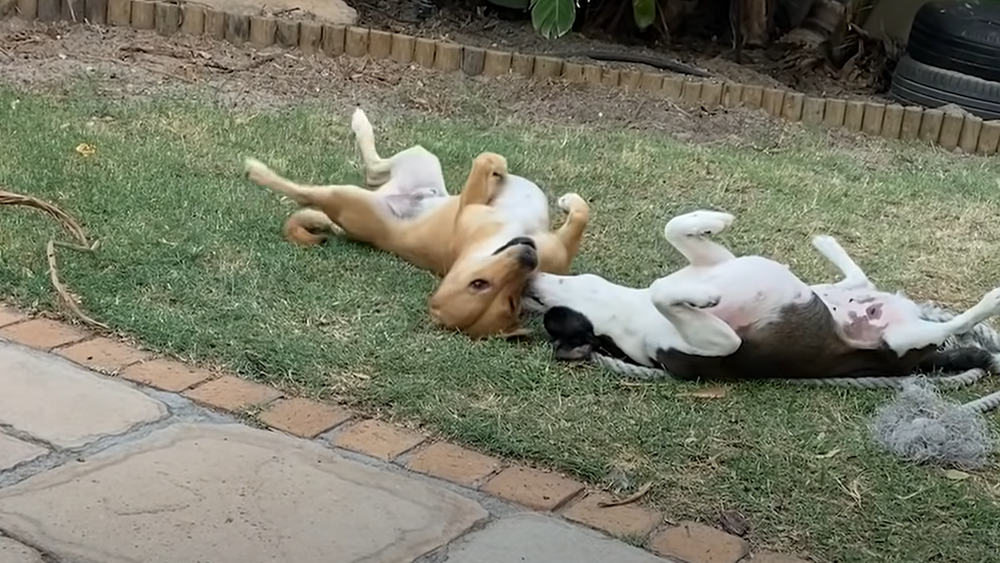 Gunnar’s dad fondly describes him as “naturally friendly and inquisitive” and says he acts almost like the pack leader. Once Gunnar’s gotten used to the foster animals, he’ll be found showing the new additions of the family around the home. “He’s still the same happy, little creature,” said Gunnar’s dad.

Watch Gunnar’s incredible transformation in the video below.