Despite being only 4-months-old, Sammie the boxer has already endured a lifetime of abuse. He was spray-painted, dragged behind a car, shot in the head and then left to die. 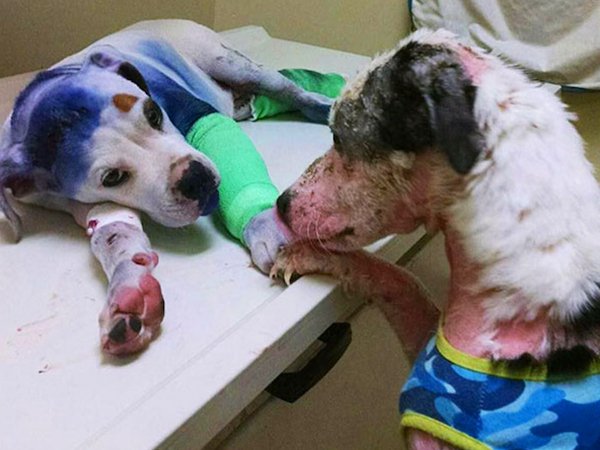 Before I continue on, let’s just stop and think about what we would all do if we discovered who the monster(s) were behind this atrocity. OK, breath, compose yourself…and moving on. Thanfully, somehow, Sammie survived the brutal beating and was rushed to Rescue Dogs Rock New York as soon as he was found.

It was there where Sammie met Simon, a border collie who was also rescued and was recovering from injuries. Both dogs were taken in just weeks apart, and the moment Simon encountered Sammie, he embraced the poor little pup. 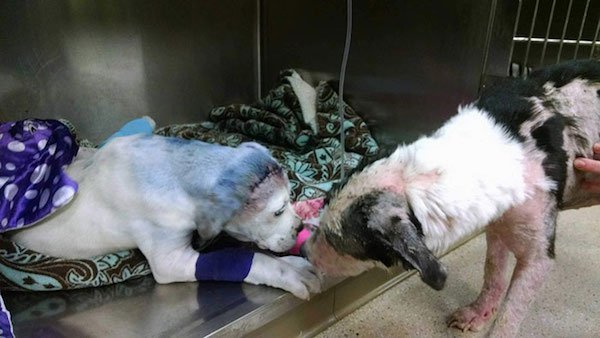 It seemed as though Simon knew exactly what Sammie was going through. In their first encounter, Simon walked over and placed his paw on the surgery table in an attempt to comfort him. 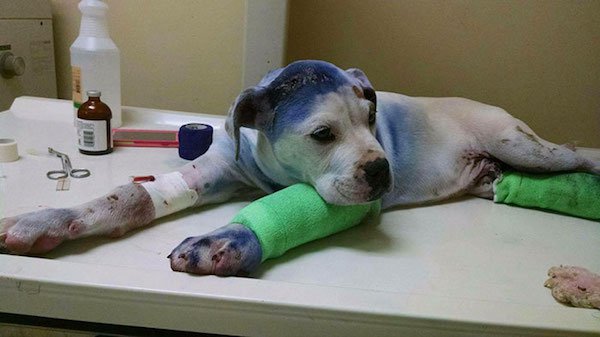 The co-founder of Rescue Dogs New York, Jackie O’Sullivan, warmly described the situation. “The compassion and understanding between animals is beyond me.” She went on to say that Simon routinely checks on his little friend, offering cuddles and kisses as support. 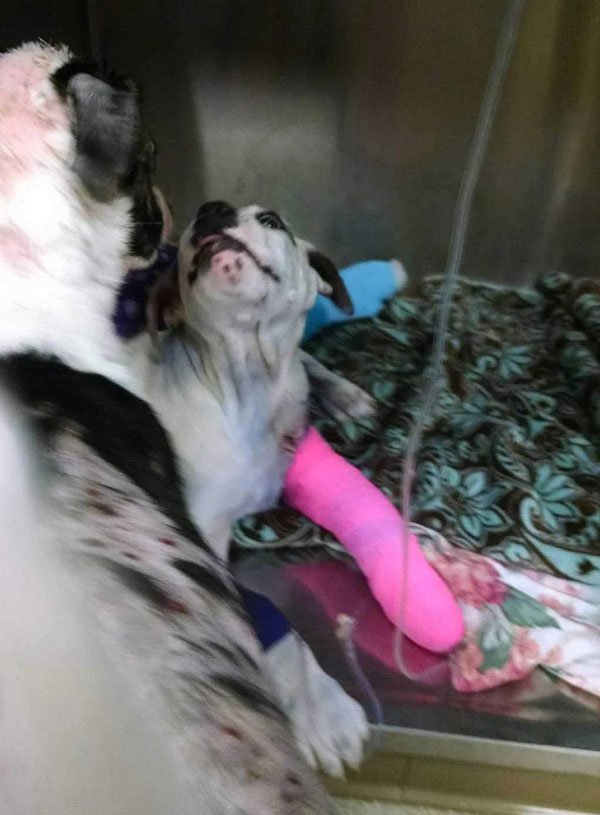 Although Sammie will likely need more surgeries, along with physical and mental therapy, having a friend by his side will help him rise from the ashes of ruthless abuse. 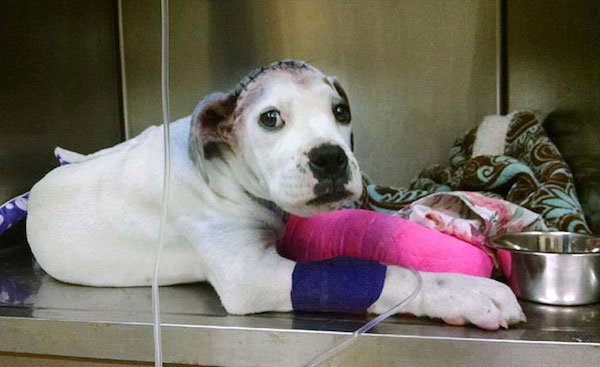