When this poor pup arrived at Columbia-Greene Humane Society/SPCA her story wasn’t dissimilar to a lot of the other dogs that find themselves at the shelter. She, like many others, had been abandoned and as result was forced to endure the harsh reality of winter in New York.

Desperate for food and shelter, the disheveled pup, who by now was skinny and almost completely hairless was discovered sat outside the front door of a kind stranger who quickly took her in and called the police. It was then the authorities brought her to Columbia-Greene Humane Society/SPCA.

Penny had been abandoned and left to die 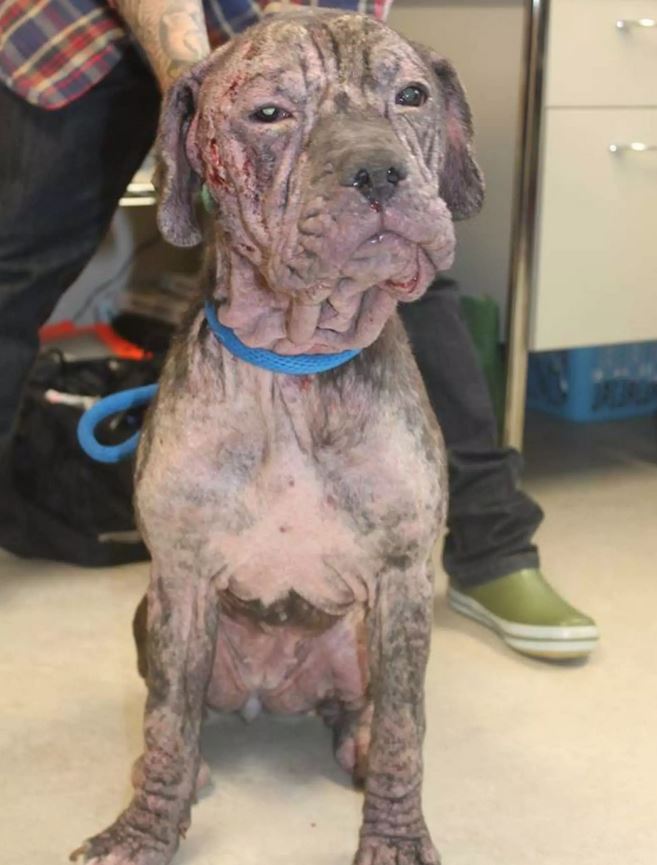 The staff immediately fell in love with the dog, who is now known as Penny but she was in a bad way. Penny had some open lacerations on her neck and face and she was pretty much devoid of any hair, It was a sad sight to see.

“It appeared that she had been dumped by the roadside and abandoned,” “It was a frigid night, and it was assumed she came to the door looking for food and warmth.”

On further investigation, Penny was diagnosed with Demodex mange, a skin condition that is caused by the burrowing of mite underneath a dog’s skin. 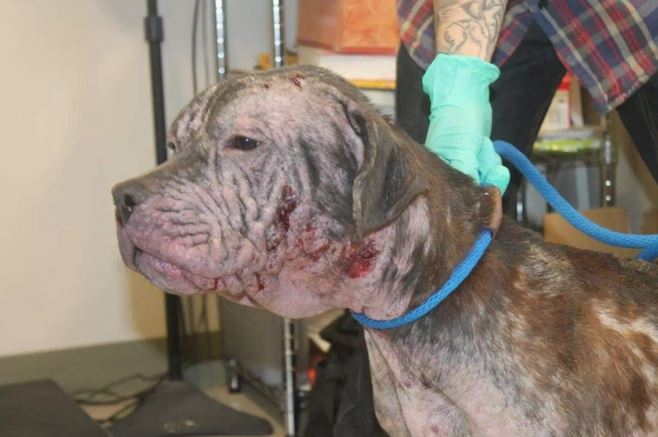 As a result of the condition she lost her fur, developed dry flake skin, and also was prone to infection due to her itching. Although, rarely fatal the condition can be extremely debilitating.

With Penny’s’ health in Jeopardy the good people at SPCA did all they could to nurse her back to health. Luckily she responded well to treatment, and “Within one week, she looked like a different dog. The vet was pretty impressed with her recovery,” recalls Perez. 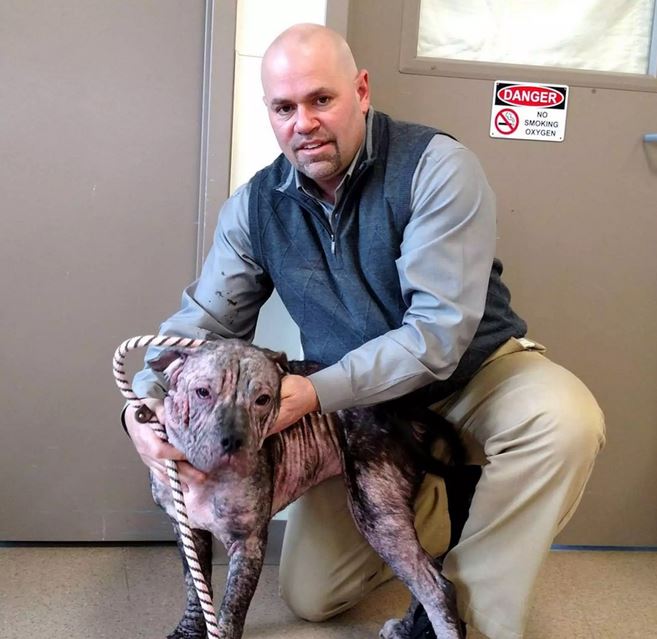 Sadly, although she is completely cured of mange she may never regrow her fur entirely. However, this hasn’t stopped Penny who Perez describes as a lot happier than when she first arrived now eating, sleeping, and interacting with others. 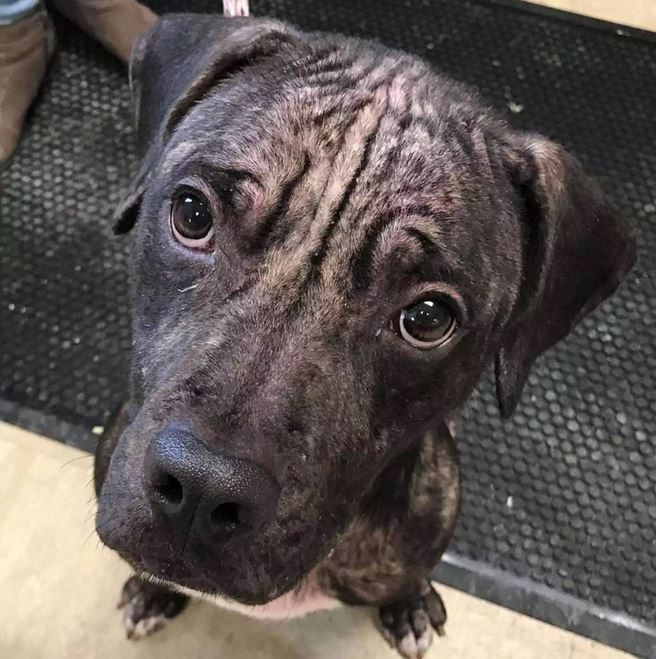 And if you wondering what happened to penny’s former owner, thankfully he was identified within 24 hours of her being found. He has been arrested and charged with animal cruelty violations and will possibly face fines and even jail time.

And although we’re sure your glad to hear that justice is being served, you’ll be much happier to know that Penny has now been adopted by a beautiful new family! 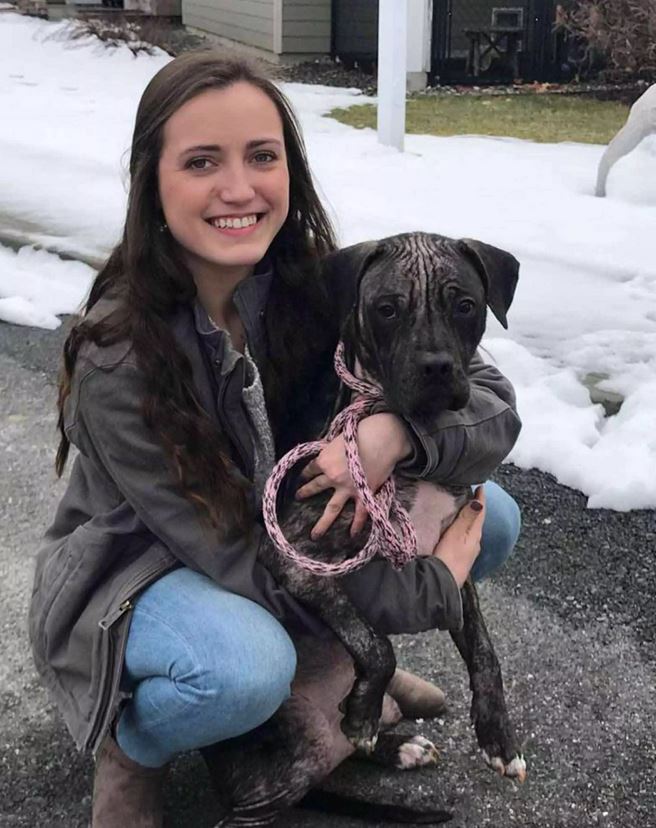 Hundreds of people expressed interest in adopting Penny. However, the rescue center was able to find a family that was fully committed to making sure that their home was the right fit.

“They took it slowly and came and visited with her a couple of times a week. They brought their dogs in, and everyone got along fabulously. I’d like to think this will be the last home she’ll ever go to,” a hopeful Perez said. 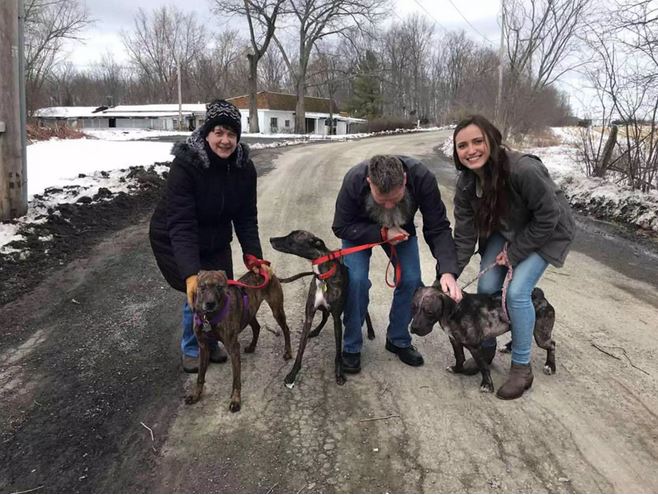 “She’s just a sweet dog,” Perez said. “She really doesn’t have a mean bone in her body. She’s an absolute doll, and she’s going to be a great pet.” 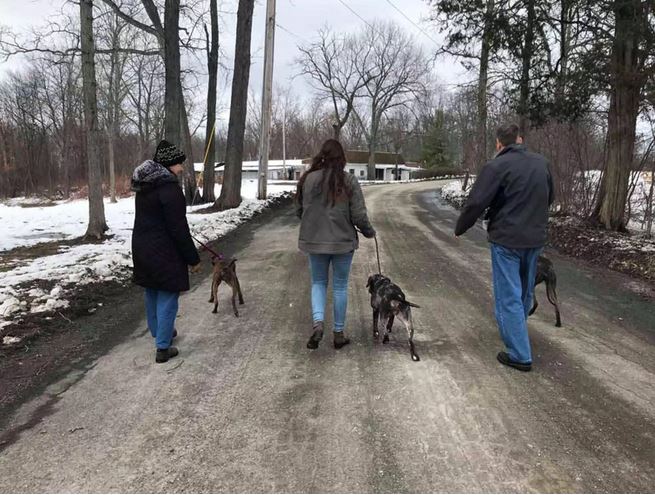 Despite, the difficult times we’re glad to see that Penny is enjoying her very own happily ever after. Good luck to her and her new forever family!