Sparky the Corgi has an unusual activity when it is dinner time – he can’t stop dancing! As soon as kibble is put in front of him he dances, he prances and runs around. It’s not a one time thing, either.

Every time his human pours the kibble into his bowl, Sparky watches attentively. 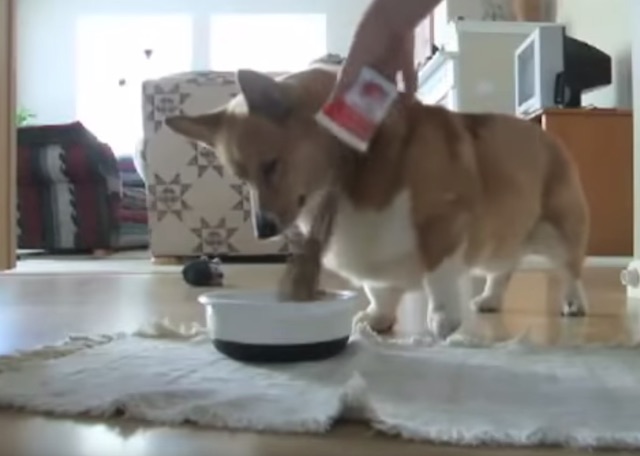 Then he begins stomping his front feet excitedly before he eats. He skips around his food bowl, sometimes sniffing it curiously before jumping up again and pawing the carpet before chowing down. 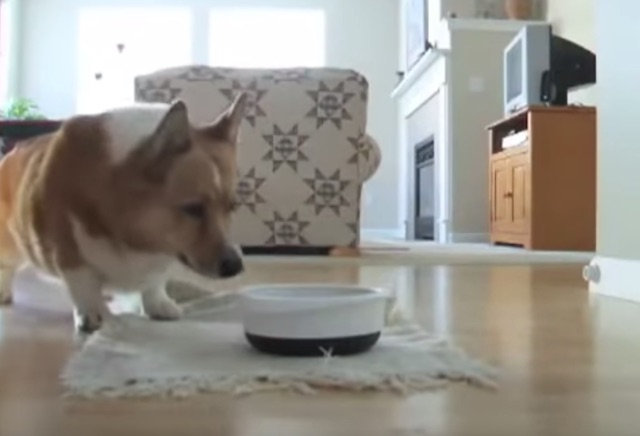 Granted, his human sometimes makes dinner time a bit more of a game by pouring the kibble all over the floor. When that happens Sparky’s joy goes up a notch and every piece of kibble makes him prance. It’s as if each piece of kibble is a new discovery! 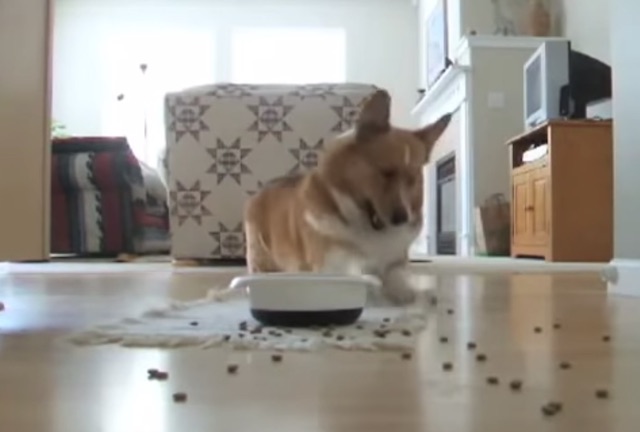 But Sparky also does his dance when the kibble is poured directly in his bowl. He doesn’t only dance with joy before the meal but also while he eats.