An adorable “gang” of Golden Retriever puppies melted the hearts of their humans recently when they were caught “holding hands” during playtime. Emily Buchenberger is the happy new pet parent of Billie, a Golden Retriever puppy. She recently shared what happened when she brought Billie to a puppy playtime gathering on her Instagram page.

The puppy hour at this facility means a lot of adorably puppies get together to socialize and play with each other. There are plenty of structures for them to climb on, climb through and hide under. 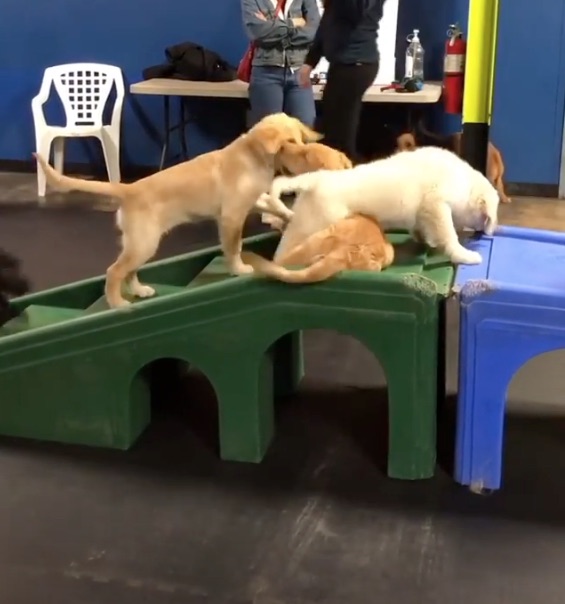 What was funny on this particular day was that the Goldens formed a little “gang” and hung out only with each other. At one point the three puppies hid under a plastic block with only their tails showing.

What were they doing under that block? 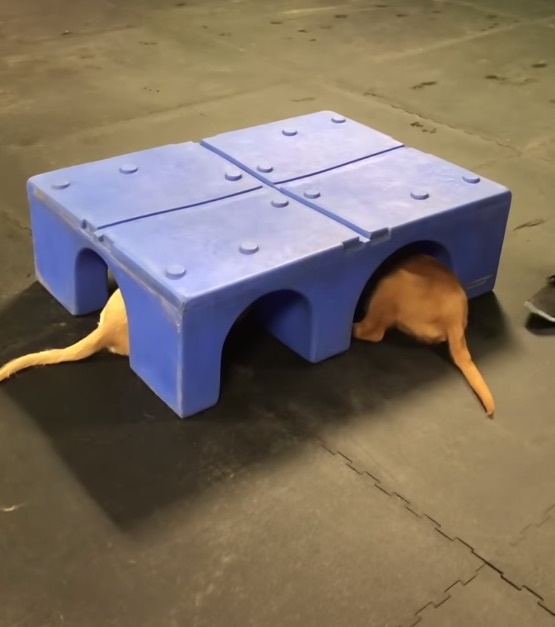 Well, everyone was shocked and delighted when one owner lifted the block and caught sight of the puppies all touching paws. It’s like they came up with their own secret handshake (or “pawshake”).

Yes, Golden Retrievers were engaged in some serious puppy bonding away from the scrutinizing eyes of their humans. You can watch this adorable moment below.

Of course, the moment their secret gathering was revealed they dispersed and began to play once again. 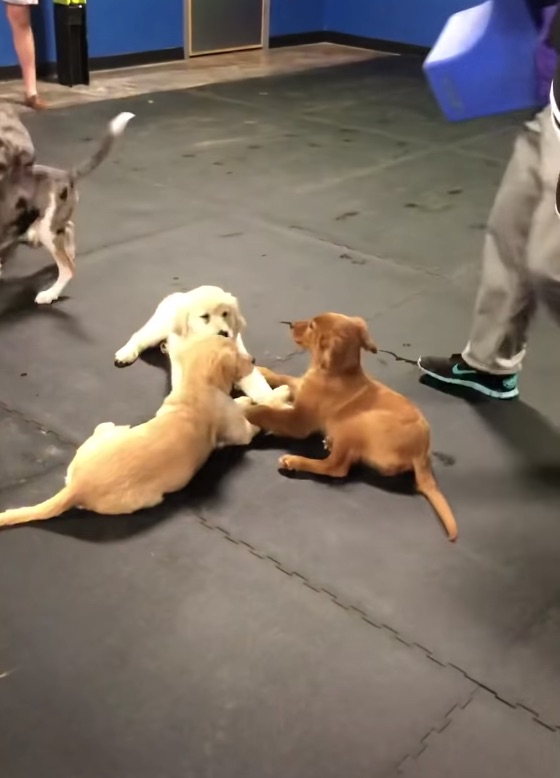 What else did Billie and the pups get up to in their “jungle gym”? There’s a short clip of that below.