Last Monday, NYPD’s 110th precinct officers Melissa Mezzoiuso and George Morinia-Blocker received a call about a supposedly vicious pit bull on the Grand Central Parkway in Queens. When they arrived on the scene and parked their squad car to stop traffic, it was clear that the pup was just scared and hurt – not vicious at all. Officer Mezzoiuso had to pick up the dog and carry him to safety as he couldn’t even move on his own.

How could anyone think this adorable pup was vicious? 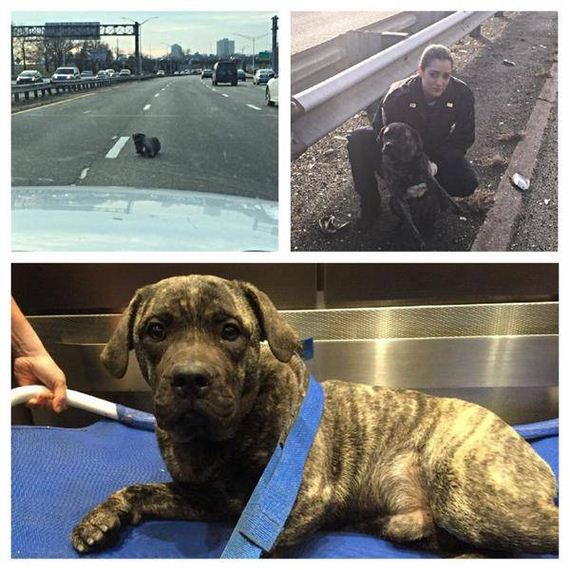 Initially named Rocky, which was later changed to Huxley, the pup was brought to the ASPCA in Queens. He had been hit by a car and was in rough shape. 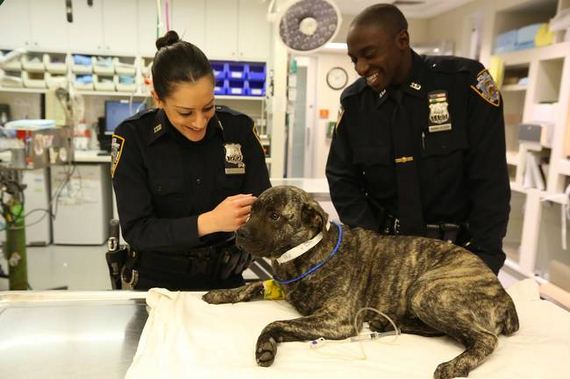 Staff decided to transport Huxley to the main ASPCA location in Manhattan for further assessment. 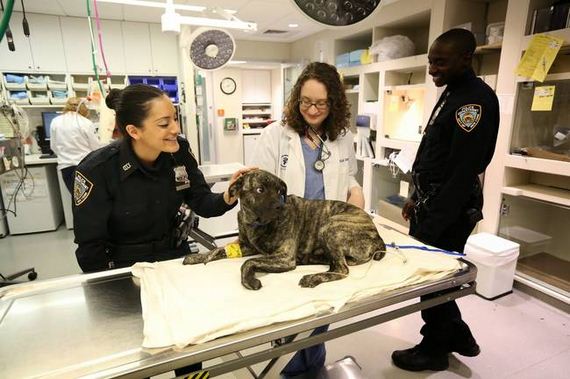 The 6-month-old pup needed surgery for a broken leg 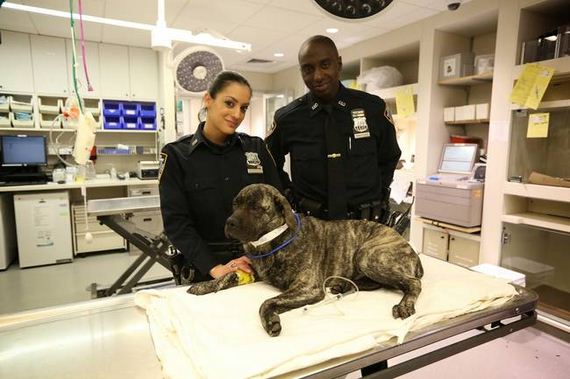 He’s now recovering (and receiving a lot of love from his rescuers!) at the ASPCA. 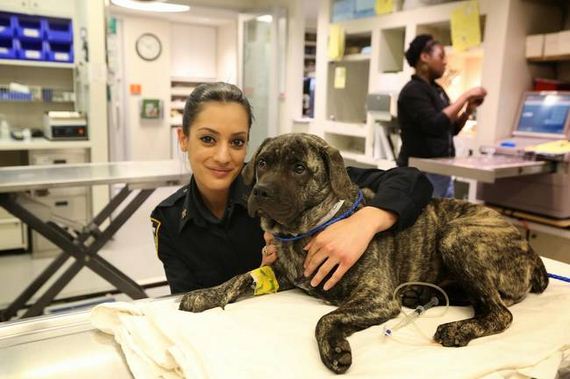 No more running around on expressways, Huxley! 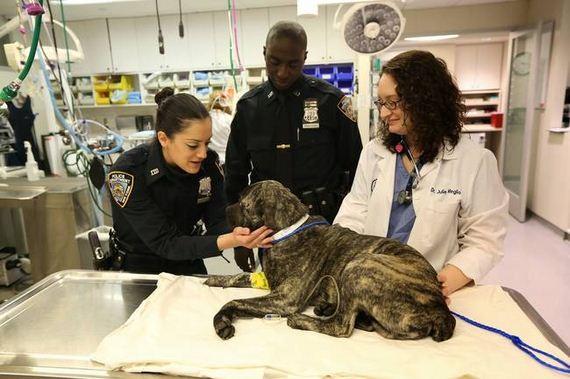 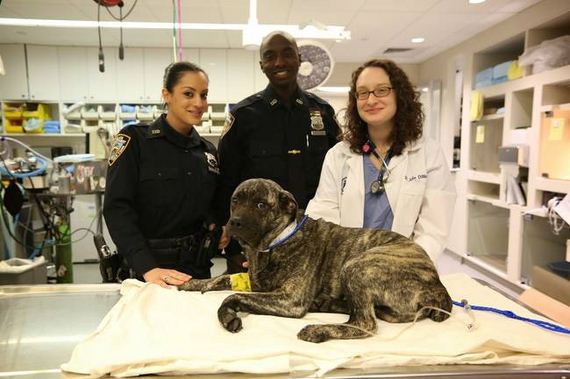 ASPCA is still awaiting any information as to Huxley’s previous owners, or if he has a home. For now though, he’s healing, safe and sound. 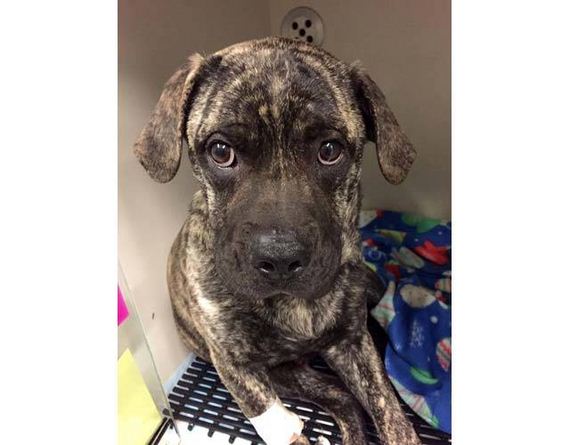 Thankfully someone called the police before something even more terrible happened to this adorable little pup. If you ever see a stray dog trying to dodge traffic, call the police immediately. You could help save a life!