A rescued Great Dane puppy is ready for a new life now that she has a new leg, thanks to the work of rescuers, vets and a company that makes prosthetics. 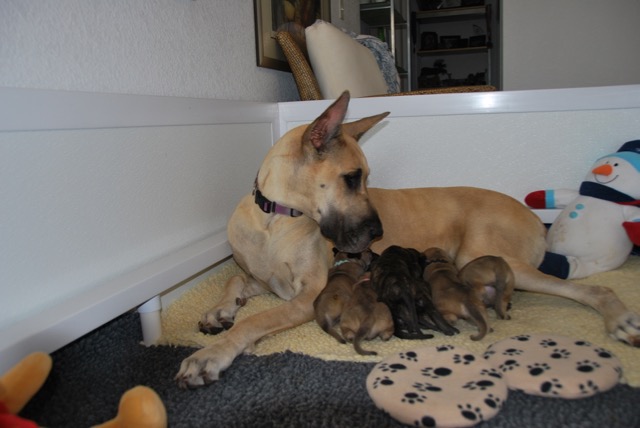 Big Hearts Dog Rescue, a Florida-based rescue, took in the pup, named Rosey, who had been stepped on by her mom, causing her leg to break. While she was in a cast, her foot lost blood supply and was there for no longer a function body part, but something that would need to be amputated. 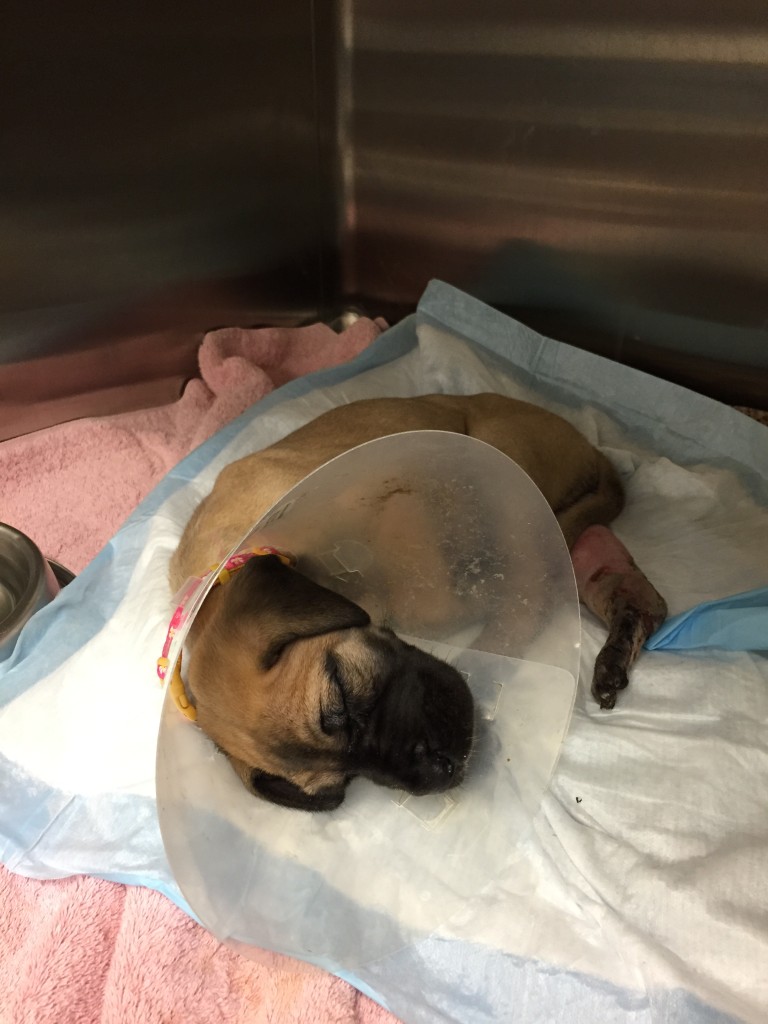 Since the breeder could no longer sell her, she wanted to euthanize her instead of treat the leg. That’s when Big Hearts Dog Rescue took her in and paid for the necessary operation to save Rosey’s life. 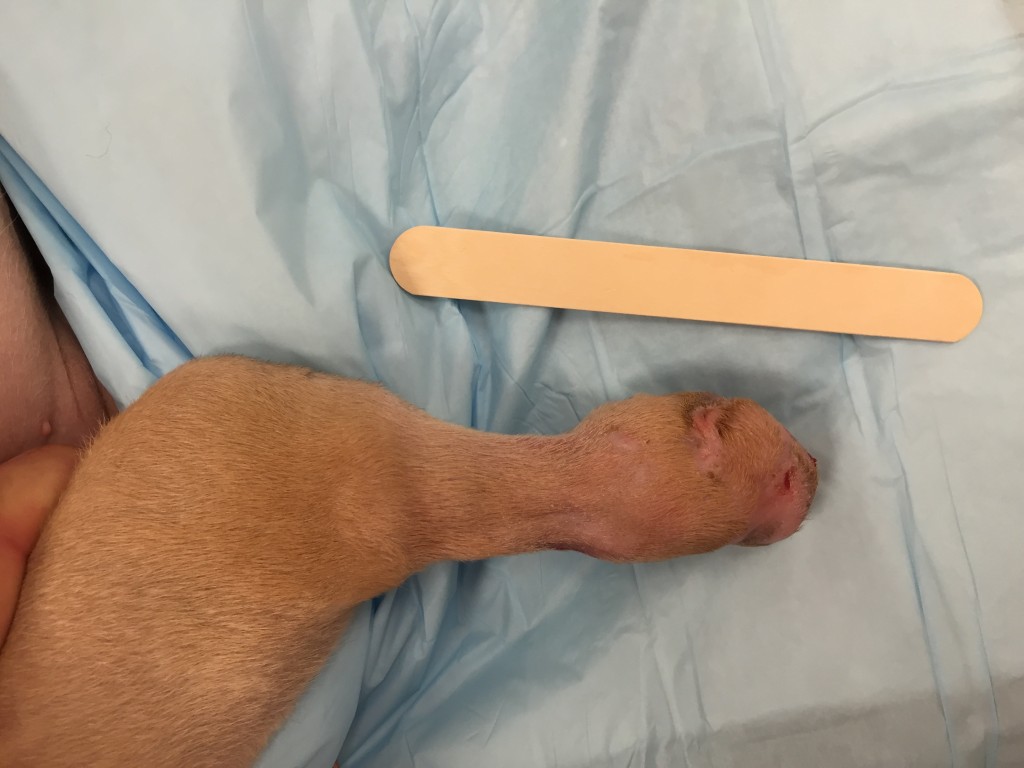 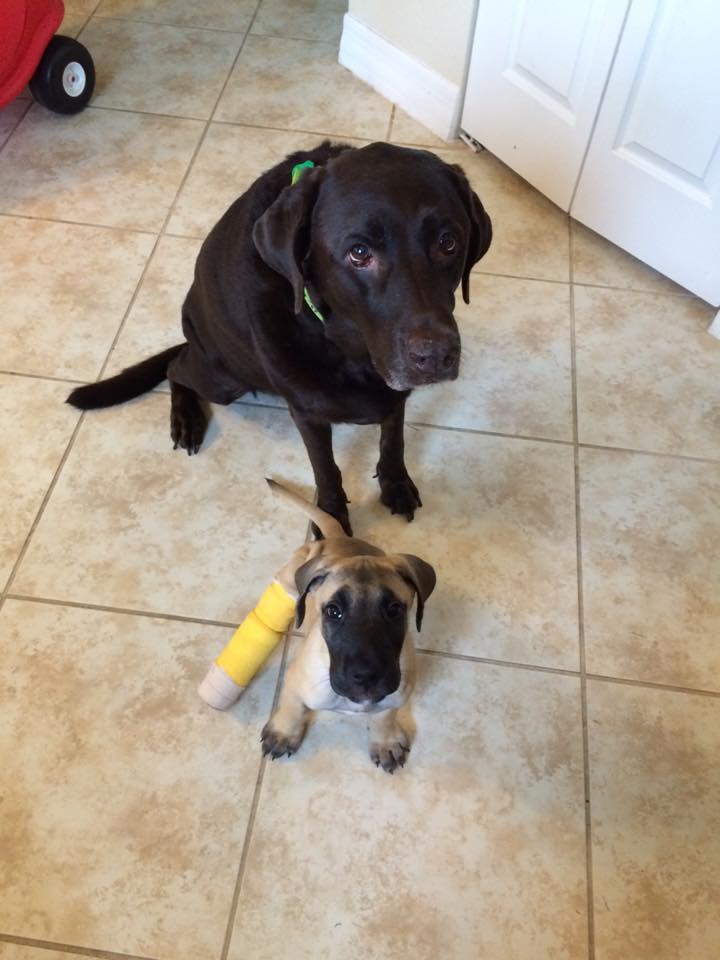 She then went to live with a foster family. 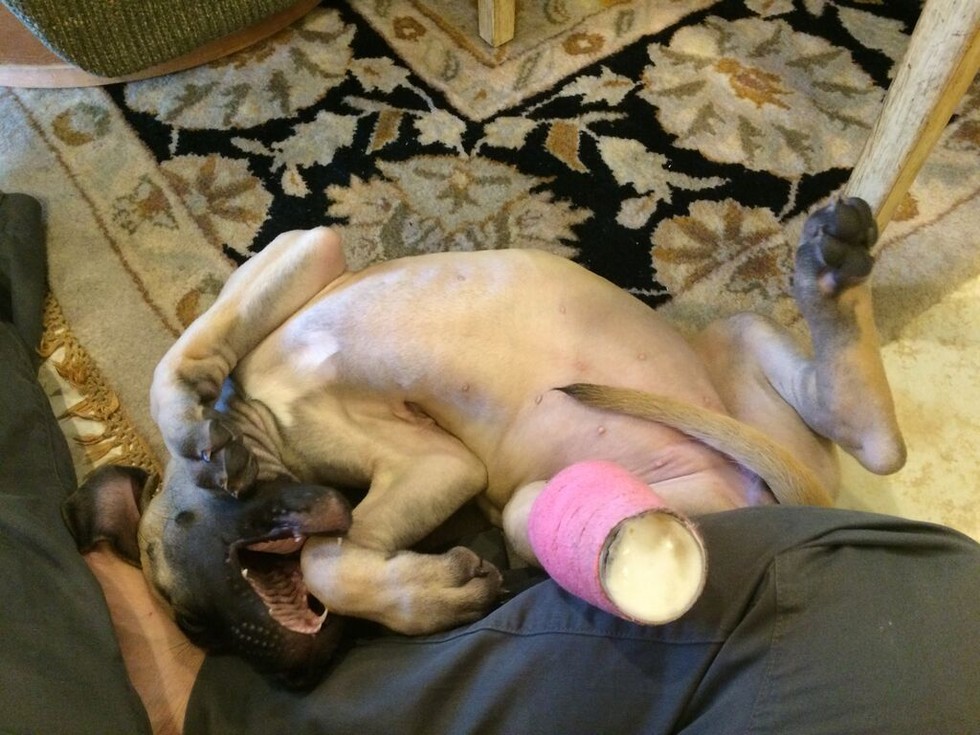 Now, at ten weeks, Rosie is getting a new leg and a chance at a new life. Hanger Clinic in Clearwater, Florida, became famous when they created a prosthetic for Winter, the dolphin. Big Hearts Dog Rescue reached out to them – knowing if anyone could make a prosthetic that would work for a large breed dog, it would be them. 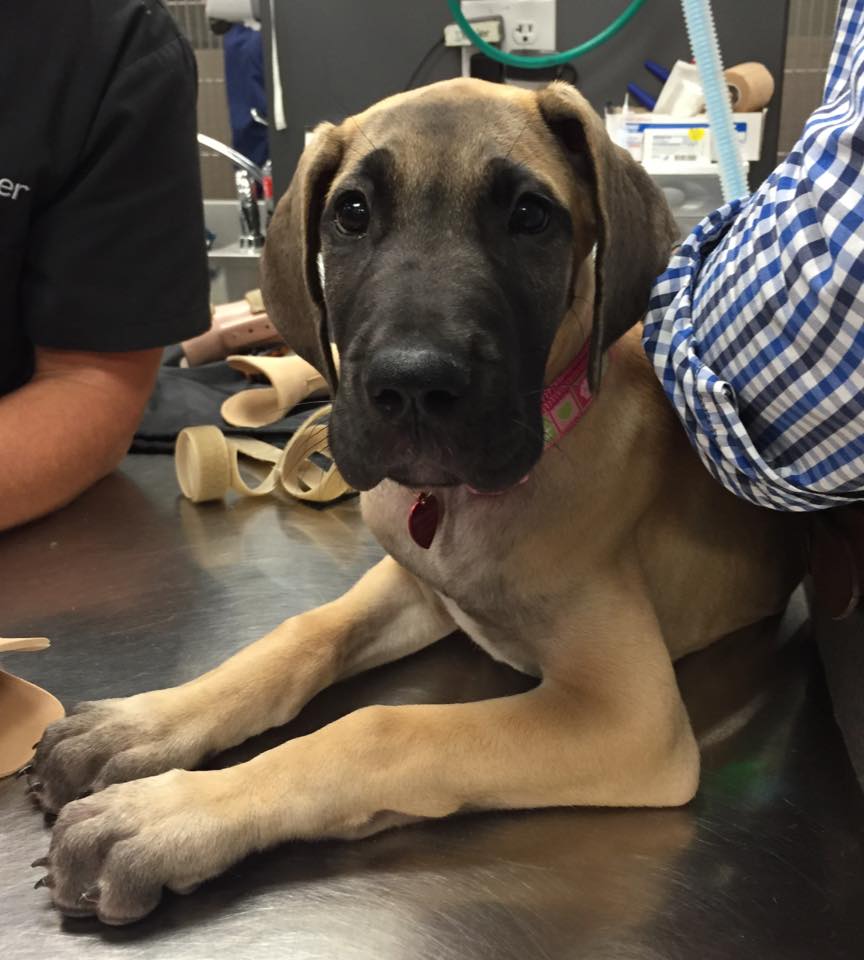 “We believe all dogs matter, all dogs deserve a shot and every dog is special,” Trinity Hansen with Big Hearts for Big Dogs told ABC 7, the local news station.

While you would think this would be a snap after a dolphin’s tail, the Hanger Clinic is a human facility – not used to doing canine prosthetics. And a leg that can support the weight and movement of a Great Dane is not easy.

However, after a few fitting and prototypes, Rosie can know stand on all four legs! And since she is only ten weeks old, they created the prosthetic to grow with her, so she will be able to use it her entire life. 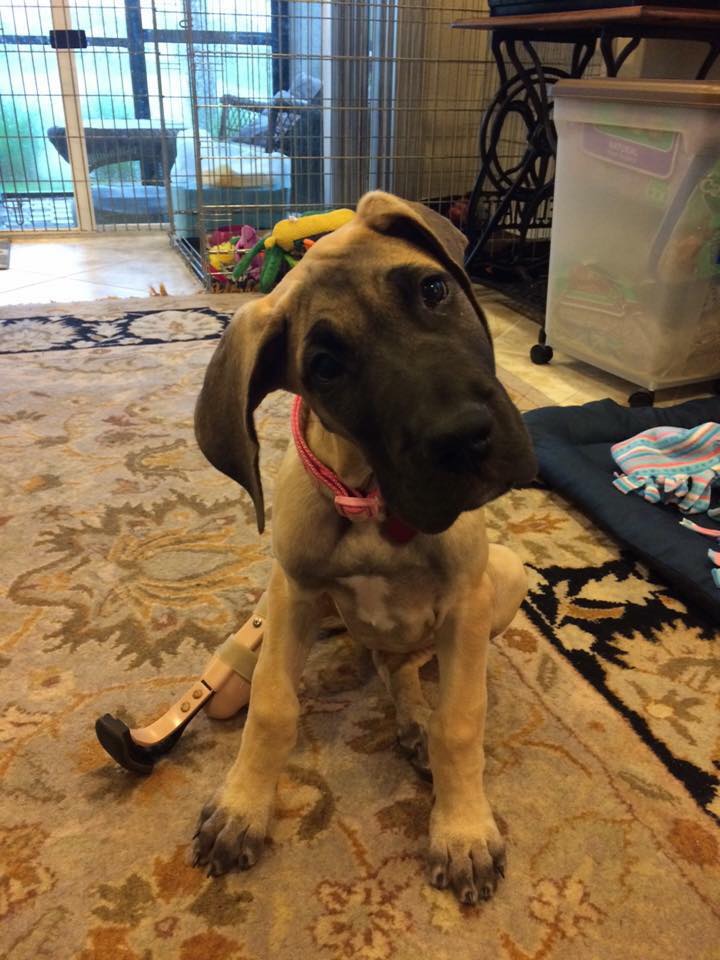 Watch the video below to see Rosie use her new limb!