When my family got our first puppy, my youngest sister was almost as small as she was. Of course, the puppy grew at a faster rate than the baby human and the dog was bigger and stronger in no time.

We began to have a running joke that my dog thought she was ranked higher than my little sister in our “family wolf pack.” Even though it was a joke, there was some truth to the matter.

Dogs are called man’s best friend for a reason and part of it has to do with them respecting us as the alpha. Through thousands of years of domestication has brought us to today where dogs do incredible things like saving their masters from burning buildings.

Even if your dog isn’t a hero, chances are she does things to show you how much she loves and respects you as the pack leader everyday. 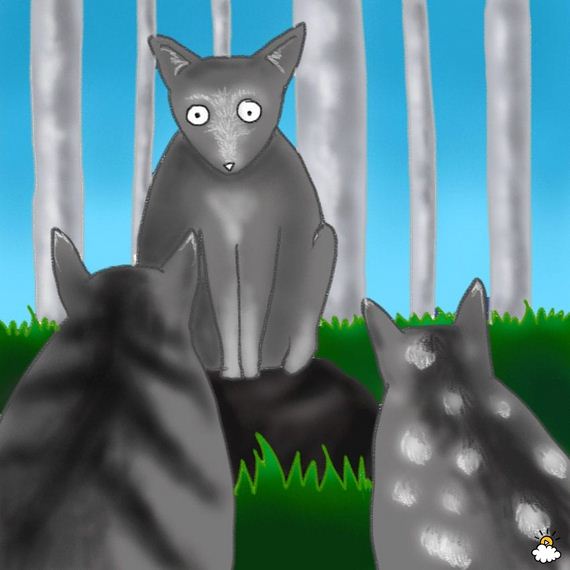 We all know that dogs descended from wolves and that wolves live in packs. In the wild, pack order is important for survival.

Pack order is still important for domestic dogs who retain many wolf qualities.

According to Cesar’s Way, the pack is lead by an alpha male and female, followed by betas and omegas.

Betas serve the alphas, and the omegas at the bottom on the barrel serve everyone else.

With domesticated dogs, humans are part of the pack, and we hold the dominant role. 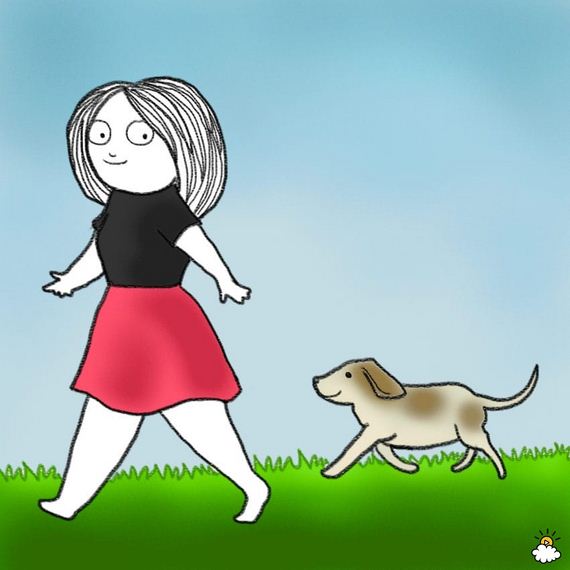 Does your dog follow you around? If she does, this is a sign that you are in fact, the pack leader.

According to CANIDAE, the wolf pack leader always goes first, and to do otherwise would be a sign of disrespect.

Sign 2: She Lets You Walk Through The Door First 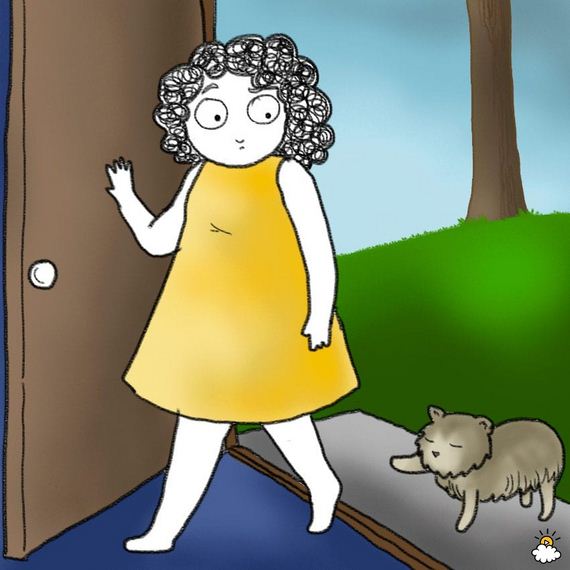 Again, since the alpha always leads, your dog should let you walk through the door first if she respects you as the alpha dog.

Since a junior dog out in the wild would never allow themselves to enter a cave before the alpha, the same goes for doors.

It also proves that she knows you’re the protector, and will handle anything scary that might be lurking on the other side of the entrance. 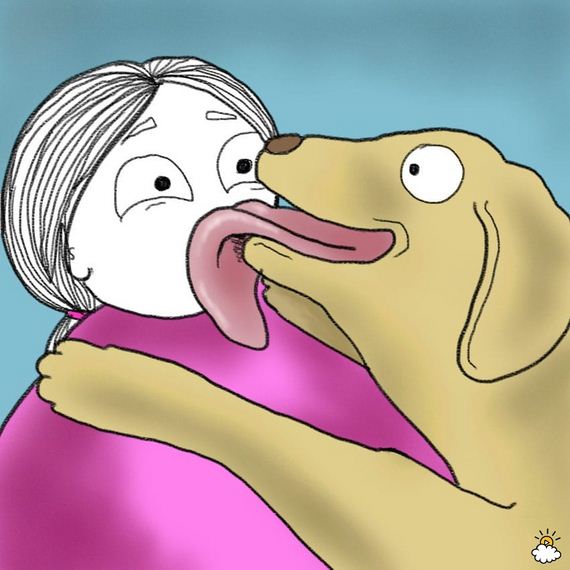 I don’t need to be the one to tell you that dogs are incredibly social and affectionate creatures.

Cesar’s Way explains that the more submissive dogs are subservient to the dominant ones, which includes giving them attention by licking their faces.

If your dog gives you lots of attention, it’s because she look up to you and is seeking your approval. 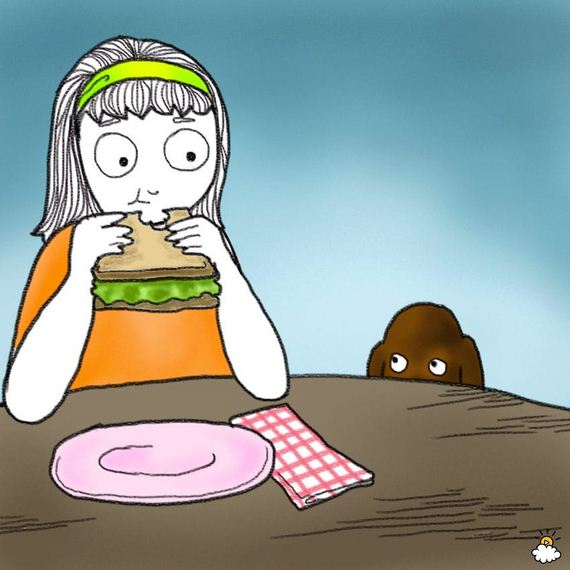 Dogs love food. In the wild, food is the difference between life and death, and dominant dogs get to eat first.

CANIDAE explains that a respectful dog will not steal food from you and understands that it is your right to eat first.

Your dog should know that it’s your decision to pick when they should eat, and to not steal food or actively beg. It’s okay for them to look; they’re dogs after all.

Sign 5: She Will Leave You A Spot On The Couch 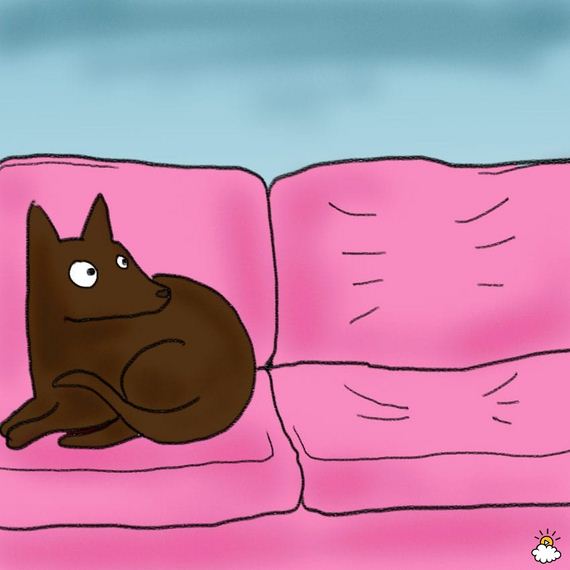 In the wolf pack the alpha dogs always get the best spots for sleeping and resting.

Since your dog probably knows where you sleep or like to sit on the couch, the same goes for your home.

If your dog respects you, she will get up when you come into the room, or even better, leave your spot alone all together. 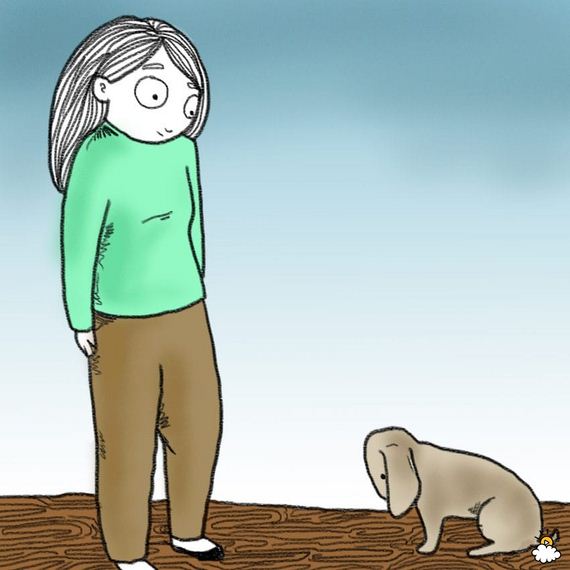 Dogs use eye contact to intimidate each other in the wild according to CANIDAE.

If you’ve ever had to scold your dog, you might have noticed her break eye contact first. That’s a sign of submission, and might also signal that she feels apologetic for whatever hijinks she got up to.

Sign 7: She Is Calm And Quiet During Stressful Moments 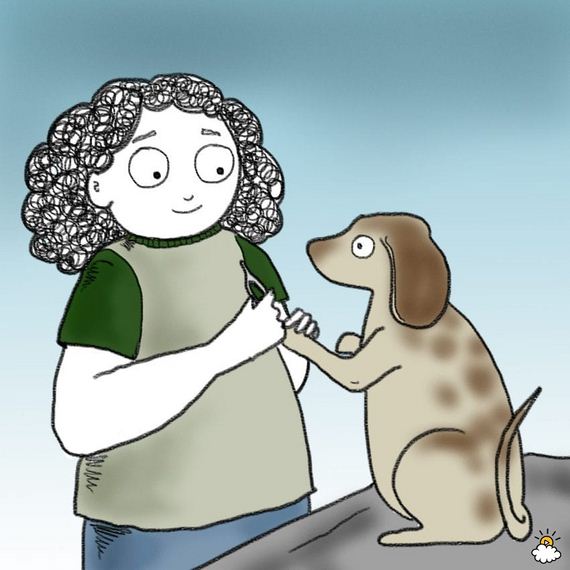 The most important thing about being the pack leader is that your dog trusts you to take care of her and do your job well.

This means that she won’t whine or squirm too much when you’re doing things like administering medication or a flea treatment.

Being the alpha dog is a big and wonderful responsibility, so make sure you repay your dogs’ loyalty by treating them like the good boys or girls they are.