Emergency workers arrived at a property in New Philadelphia, Pennsylvania, after a roof collapsed on the house on the premises. And that’s when they noticed an old Husky tied out back with a heavy chain. 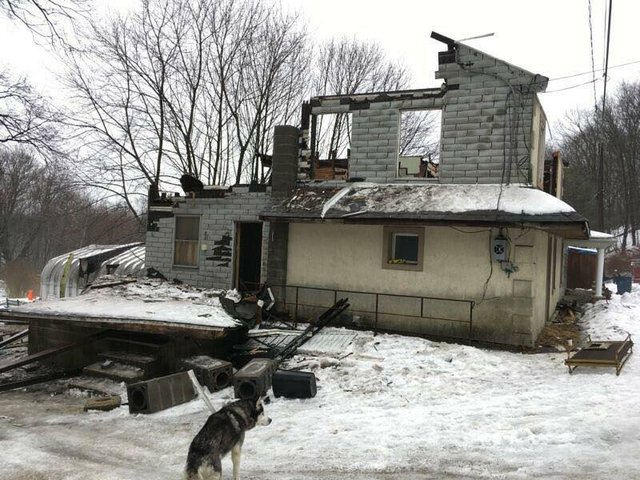 Thanks to Libre’s Law, it’s actually now a felony in Pennsylvania to leave dogs outside in the cold for more than 30 minutes at a time. But that wasn’t the only thing wrong with this situation. 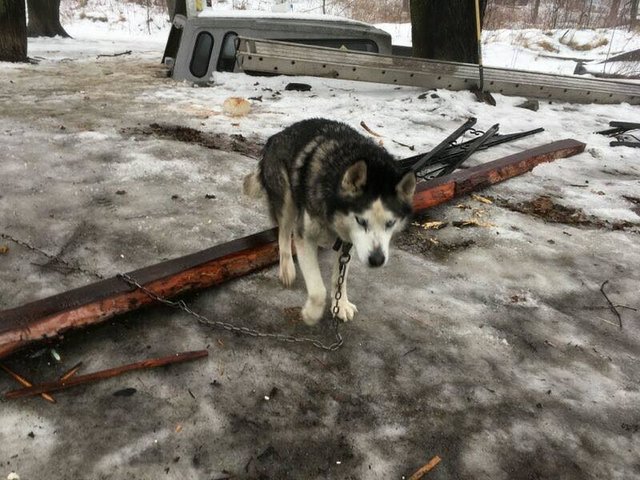 Not only was it freezing outside, the ground was covered in snow and the dog’s own feces. There was a tiny doghouse and a truck cap for the Husky but nothing to qualify as adequate shelter for the skinny and malnourished dog. 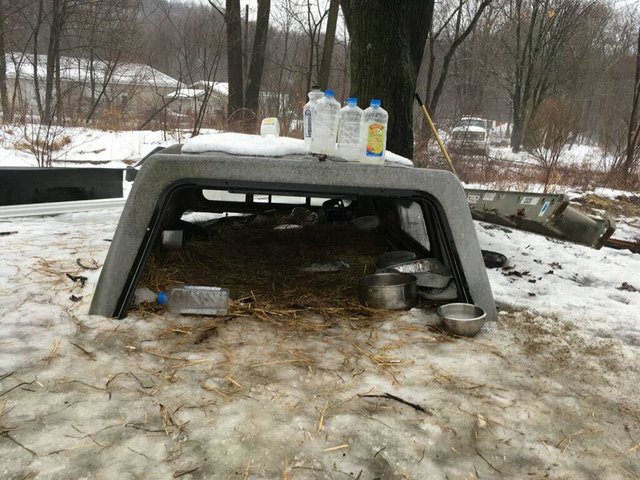 Cloud the Husky was kept chained up all the time. He’d probably spent his entire life in this very location with very little food and mental stimulation. Thankfully, Hillside SPCA arrived and explained to the owners that they were breaking the law. Cloud was then surrendered to them. 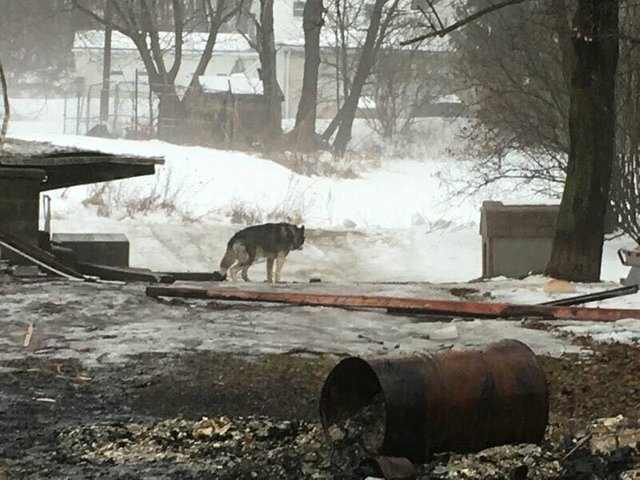 Rescuers were in shock at his condition. Cloud had thick matted fur and a large mass on his backside. He was also very thin. 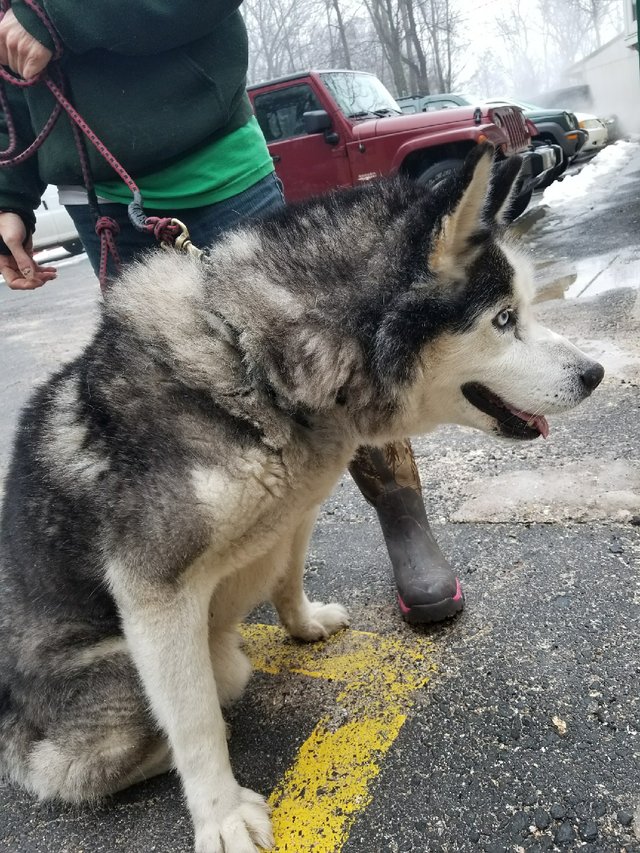 They got Cloud back to the shelter where a vet examined him. The mass ended up being a tumor, but the vet didn’t think it’d be safe to operate on because of the dog’s age. They also learned that the Husky was deaf.

And Cloud wasn’t doing well in the shelter environment. He’d pace around all day before finally falling asleep, then wake up and pace some more. Tricia Moyer, assistant shelter manager at Hillside SPCA, got ahold of Eleanor Garrett of Senior Dog Haven and Hospice to see if she could foster him. 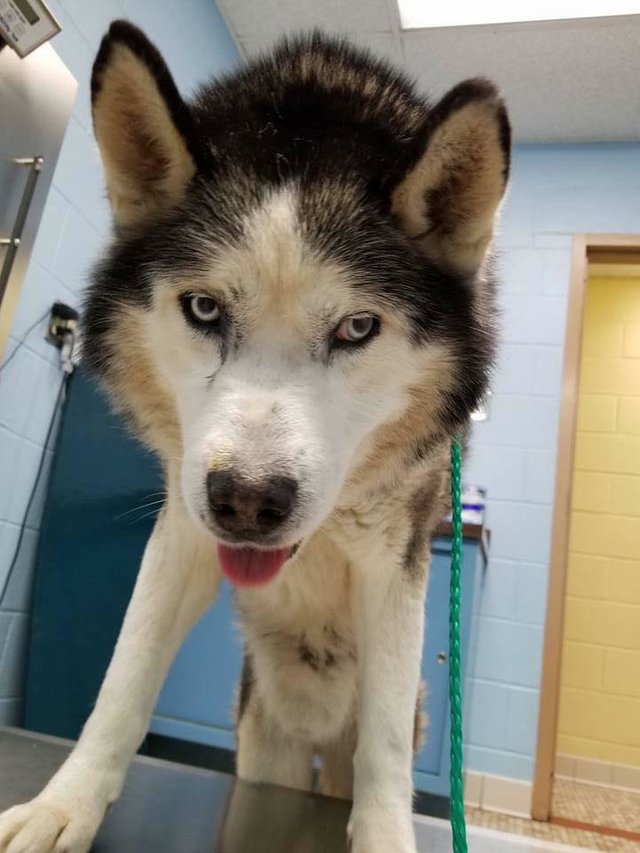 The Husky just wasn’t acting like a dog at all. He kept walking into things and knocking things over leading them to believe that he’d never been indoors in his life. Eleanor agreed to take Cloud, but providing him with a home environment did nothing to solve any of the problems. 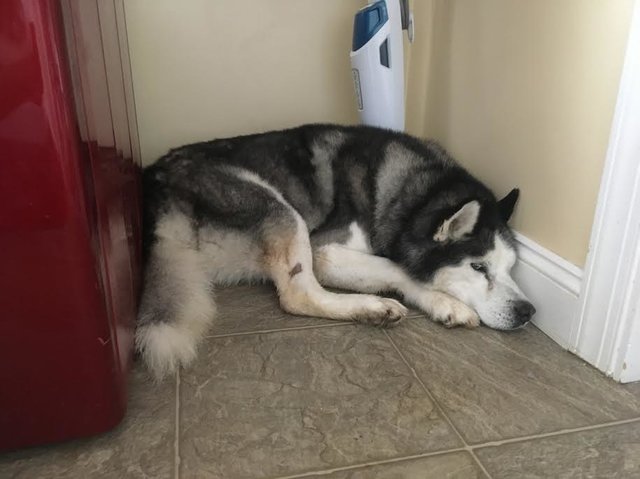 Cloud continued his pacing all over the place and running into things. Eleanor tried everything she could to make him feel at home, but Cloud avoided contact with her and her three young children. 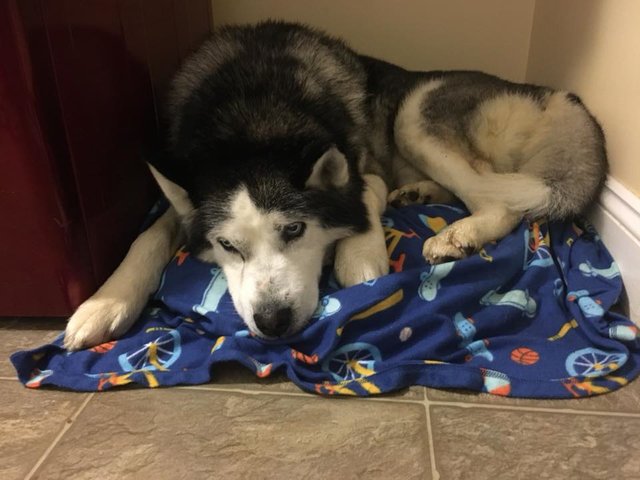 The senior Husky sat in the corner as if he were trying to hide from everyone. So instead of forcing the dog to come out, Eleanor decided to leave him alone for a while. And this helped a bit. 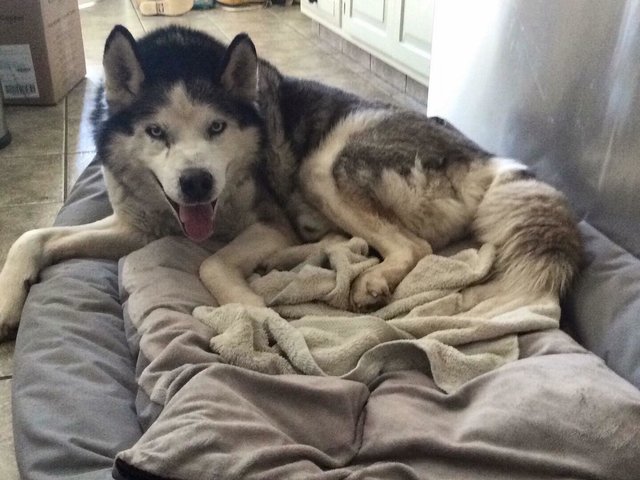 When Eleanor went into the laundry room where Cloud was hiding, she felt a paw swipe at her foot. She looked down and realized he was trying to get her to pet him. So she got down on the floor with him, and Cloud started to give kisses. This was the moment that changed everything between them. The senior Husky became a much more relaxed and happy dog. 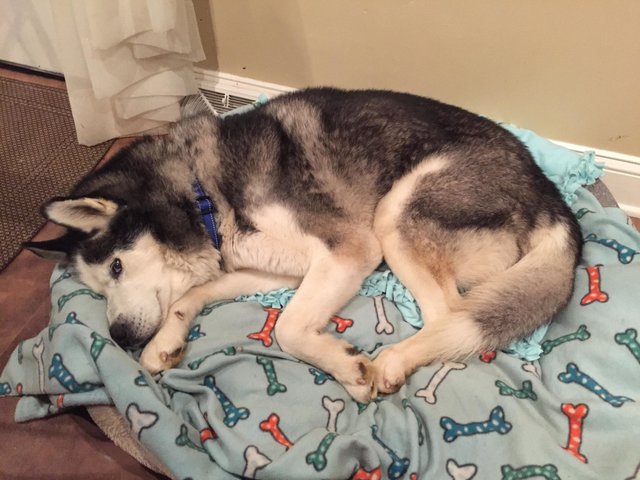 From this day forward, Cloud would continue to get better and better. It still took him a while to figure some things out, like getting back into the house after being let outside in the fenced-in yard.

Eleanor’s six other dogs — Izzy, Charlie, Boo, Casper, Riley, and Sue — were a big help in allowing Cloud to open up and learn to be a dog. But the Garrett’s home was always meant to be a temporary stay for the Husky. And when a couple set up a meet-and-greet to adopt Cloud, it was an instant success. 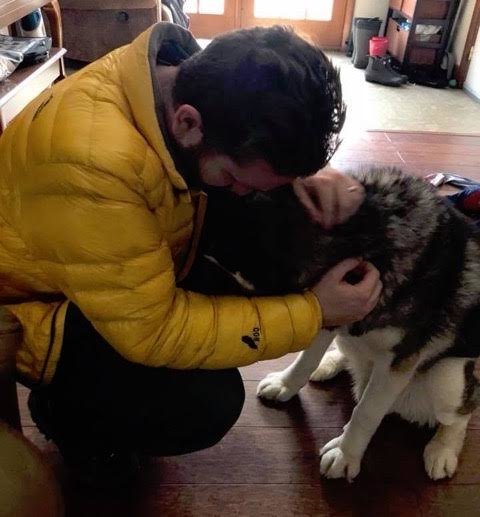 Cloud planted a big kiss on the husband when he leaned down to pet him, and everything clicked right then and there. The Husky moved into his forever home adjusting easily this time around and making himself at home right away. 🙂 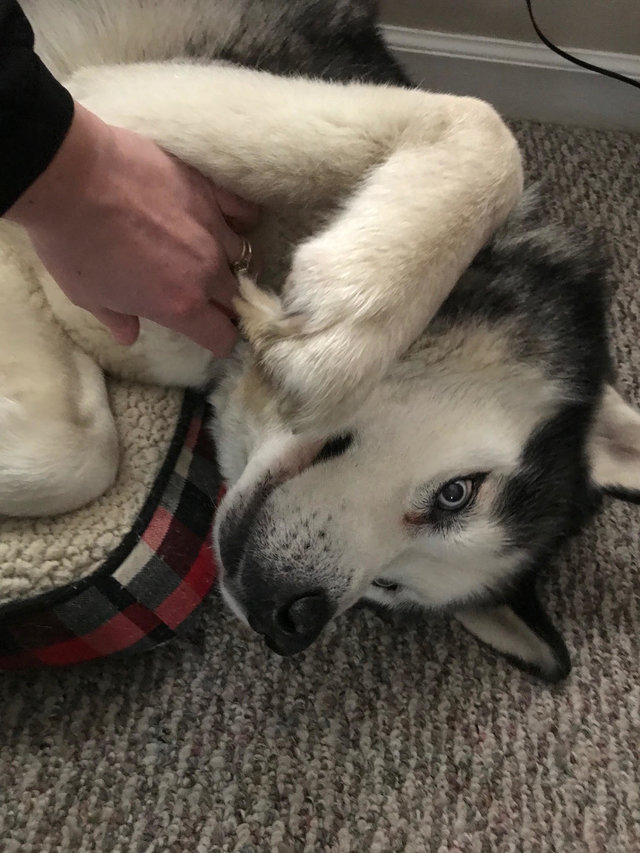 The family created a bucket list for Cloud for all of the things he’d never gotten to do and experience in his life. He’s been going on lots of walks, and they bought him a big orthopedic bed. Someone contacted them to do a photo shoot, and someone else contacted them to say they could offer a doggy massage! 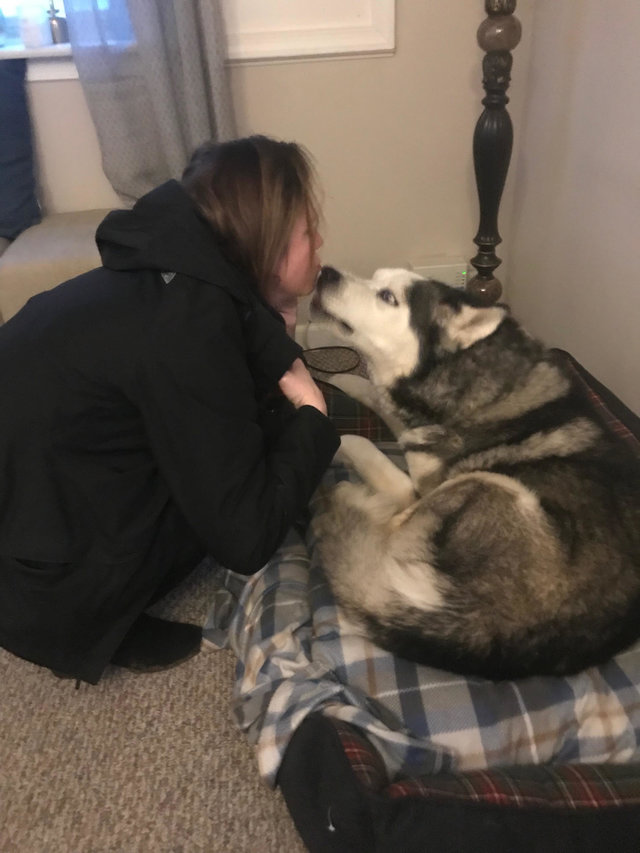 Cloud is now named Titus, and he’s thriving in his new home with his new family. And for the first time ever, he’s doing normal dog things and really enjoying life.