Hope For Paws received a text about a scared street dog running around near the Los Angeles International Airport. The dog was terrified of humans and couldn’t even be lured by food. If anyone tried to approach, the little dog was off and running. 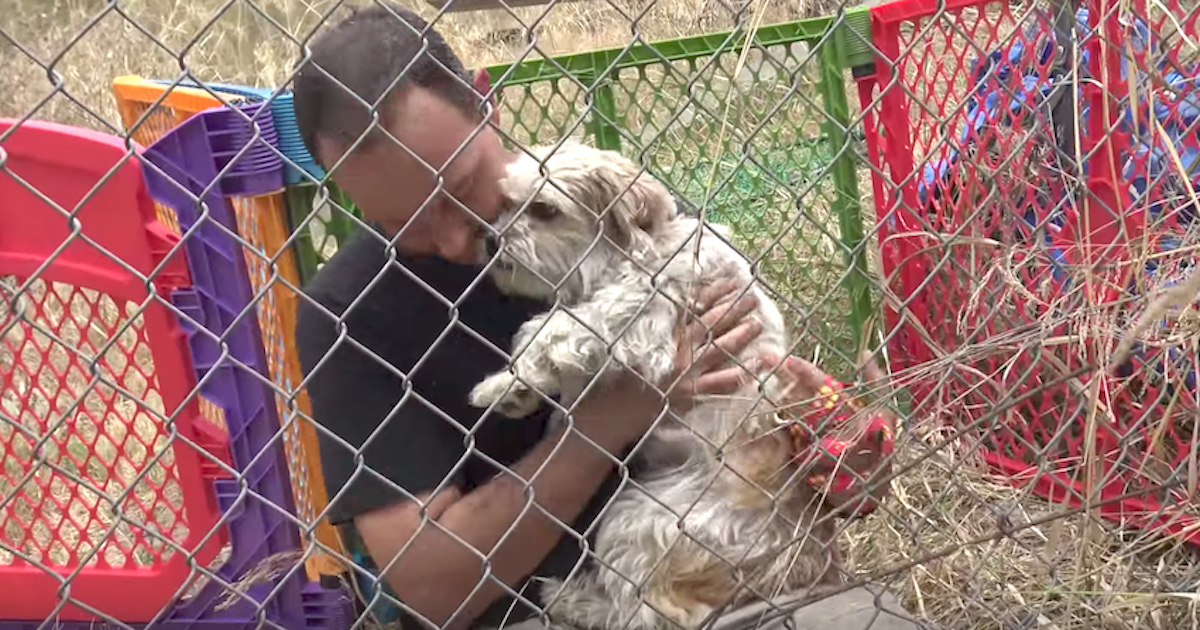 So Hope For Paws returned later with one of their rescue dogs hoping the homeless pup would engage her. But nothing was working in what had become a very difficult rescue. Eventually, Bellanca was cornered in some bushes. And when she was shown a little kindness, she transformed into a completely different dog.