When New York City Police rescued 18 month-old Yorkie terrier Frankie, he had been dropped down a garbage chute in a Bronx apartment building, and had sustained skull fractures and neurological trauma. The abused dog weighed just four pounds was nearly completely blind in both eyes. Officials rushed him to the ASPCA Animal Hospital, where he was monitored over the next 3 months while his severe injuries healed. 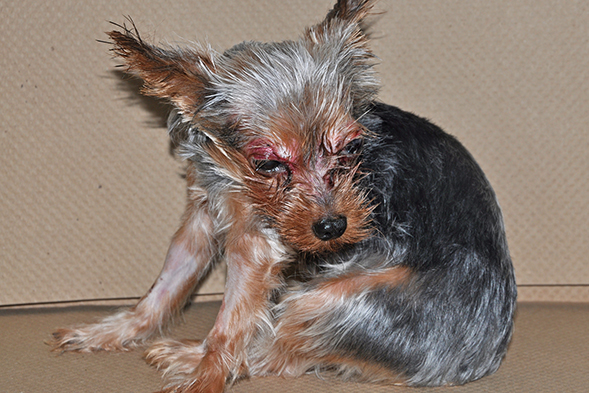 ASPCA Director of Veterinary Technicians Jennifer Coyle provided hands-on foster care for Frankie in her office as the brave pup regained his strength. In December, Manhattan resident Rose met Frankie on a visit to the ASPCA during a break from college in Amherst, MA. A month later she returned to officially adopt the spunky terrier. 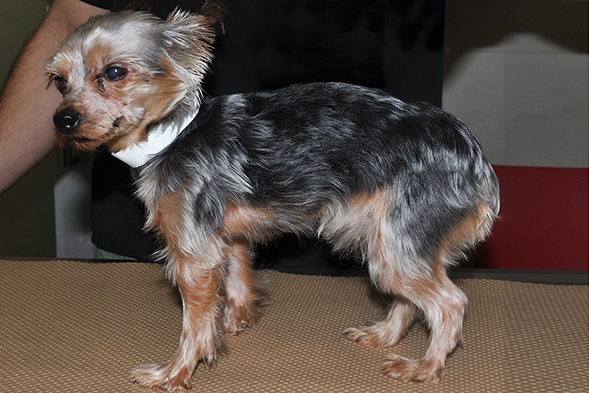 Rose says Frankie is very well-adjusted to his new home, though he is still coping with his partial blindness.

“”He loves his new home where he is meeting lots of new people and experiencing new things,” she says

The sweet boy’s favorite activities include going for walks, chewing and playing “find it” with his treats.

He’s even revealed an occasionally mischievous side…”eating” Rose’s homework. But he makes up for it by looking very adorable in a variety of doggie sweaters. 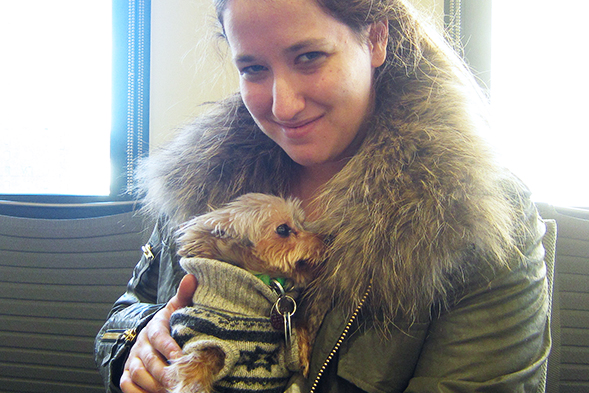 Such an amazing end to an initially tragic story – it’s great to see dogs who were once the victim of cruelty be given the love and comfort they deserve. Let us know your thoughts!
2k
SHARES
ShareTweet