When Carlos Saguier shared his empanada with a stray dog, he had no idea he would be winning a new best friend for life.

But that’s exactly how Saguier, head coach for a Paraguayan soccer team, Club Sporting 2 de Mayo, happened to meet Tesapara. Now the dog accompanies him everywhere, so much so that players have come to regard the sand-colored canine as the team’s guardian and coaching assistant. 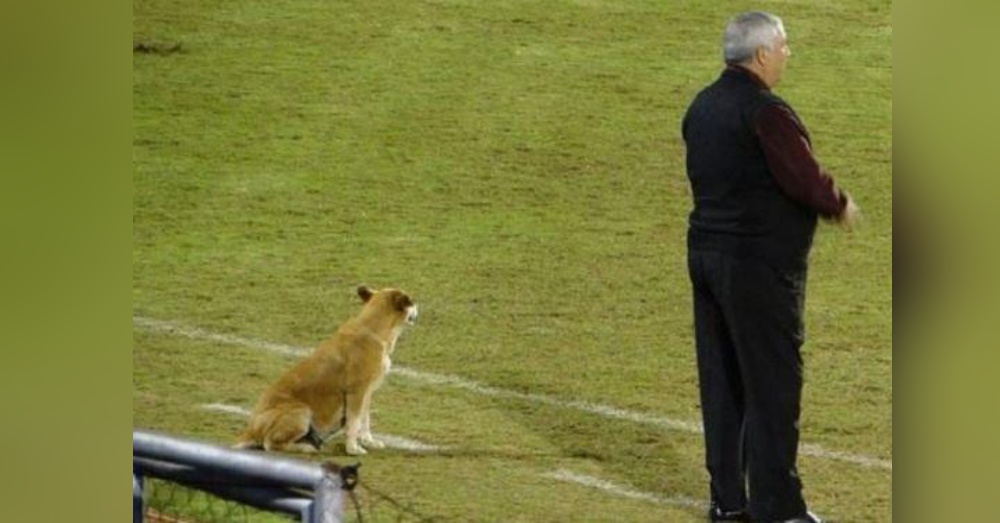 “Tesapara is the guardian of the club,” Saguier told the Paraguayan newspaper Crónica, explaining how the dog, who essentially lives at the stadium, rarely leaves his side.
“She accompanies me on the pitch, in the corridors, in the office,” he said, calling the dog “my partner in adventure with this club.”

Tesapara’s coaching commitments include hanging out in the technical box during matches and faithfully attending every practice. Nor does she merely watch from the sidelines. Sometimes, this playful pooch even joins the rest of team on the field for warm-up stretches. 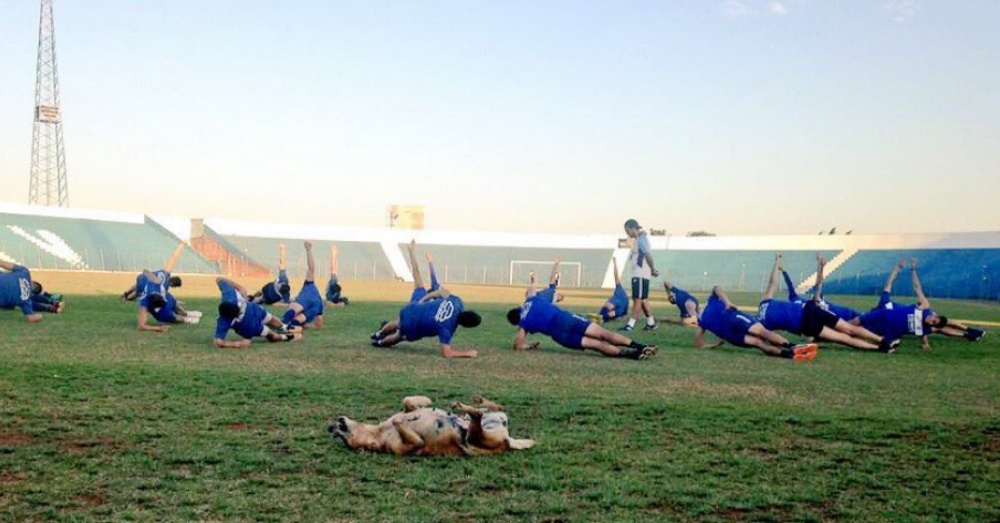 As it turns out, Tesapara’s low-key approach may provide more than just morale. Club Sporting 2 de Mayo is currently on a winning streak, placing third in their league and elevating Tesapara to something of a lucky charm. (This is doubly important considering the club’s proximity to South America’s soccer powerhouse, Brazil). 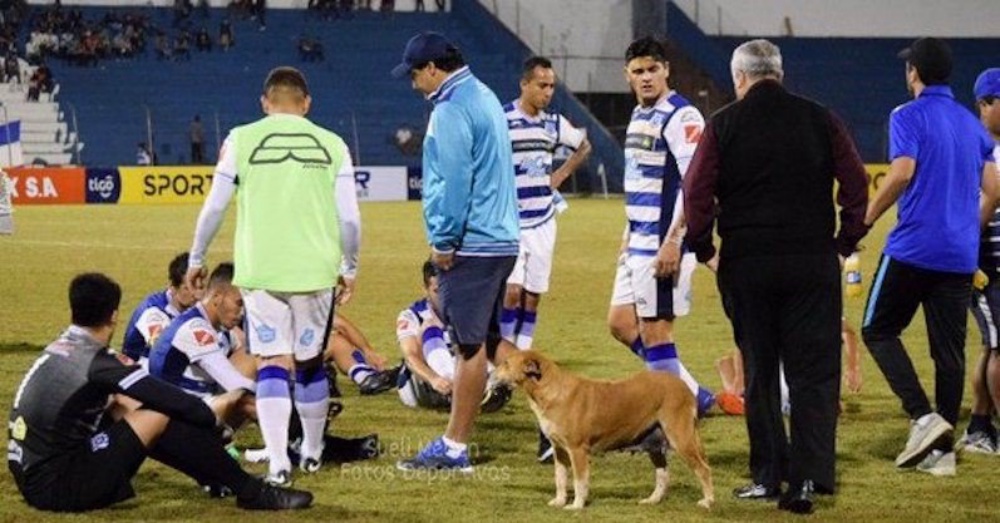 At time of writing, the team was about to take on their local rivals, Sportivo San Lorenzo, who also train with a four-legged mascot, Rubia. May the best dog win.