A Florida man who hoped to get out of the destructive path of Hurricane Irma went to the airport with his beloved dog, hoping to catch a flight to anywhere outside of the danger zone. According to the Huffington Post, because the dog was not in a carrier, the man was turned away. 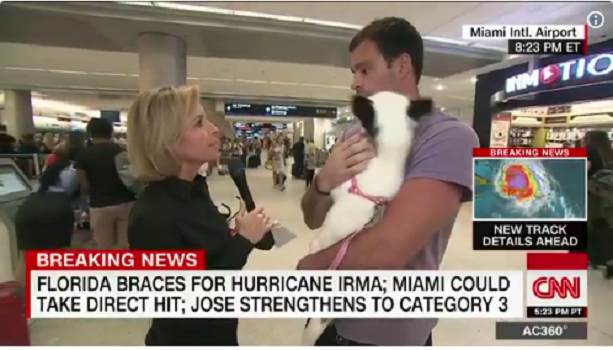 Matt Varga, owner of “Meeka,” had tried to find a pet carrier, but every store that he visited (10!!) was sold out. In a Facebook post, Varga’s sister blasted the airline for their apparent lack of compassion in a time of crisis:

American Airlines My brother Matt Varga had a ticket to evacuate Irma and was denied boarding because he didn’t have a standard pet carrier. Glad that American Airlines has a heart for people (and their precious puppies) in Miami.

Best of luck Matt and Meeka!!