In October of 2018, Odin was rescued from a pair of breeders who had completely neglected him and some other dogs. He was chained up and ignored his entire life. Rescuers from Southern Pines Animal Shelter and Southern Cross Animal Rescue of Mississippi picked Odin up, and they couldn’t believe the condition he was in 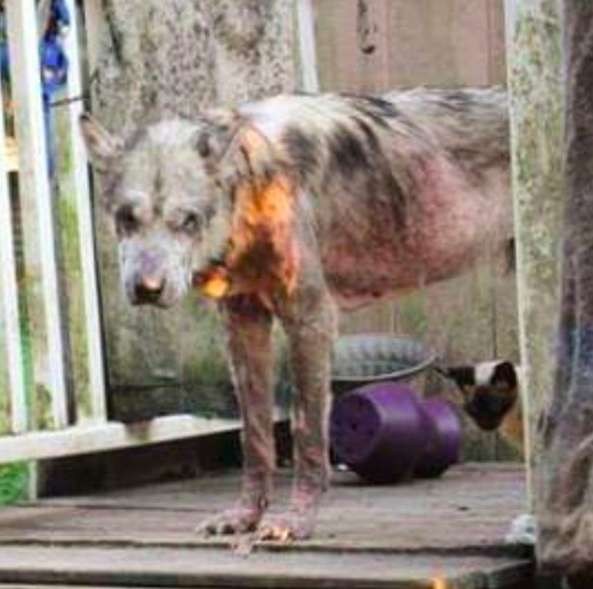 Odin needed medical care and then a foster home as fast as possible. And when Sydney Schelkopf stepped up as a foster, she was taken aback. He looked nothing like an Alaskan Malamute. He hardly looked like a dog.

“Poor Odin looked like he was taken straight out from a nightmare,” Sydney told The Dodo. “He was emaciated, almost completely hairless, covered in wounds, with cracked and broken teeth, and incredibly weak. He had a putrid smell to him from his horrible skin infections. Basically whatever could be wrong, was with this poor guy!” 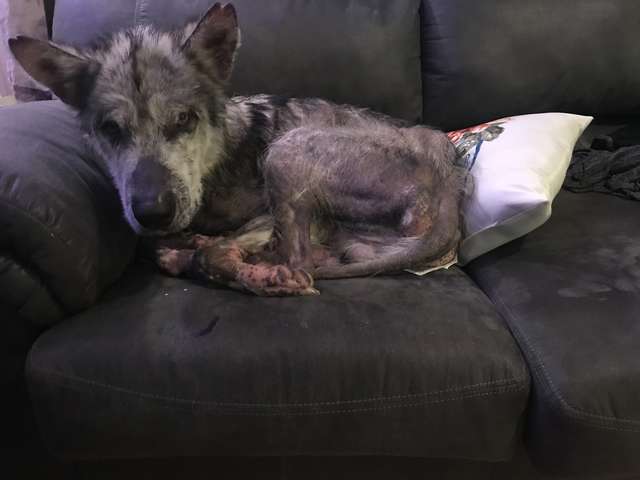 Odin had no idea what to do or how to act when he first arrived at his foster home. He’d never had this freedom before. It broke Sydney’s heart.

The dog had probably never been in a house before. It would take some time, but Odin would slowly come around. He seemed to be so grateful for the second chance at life. 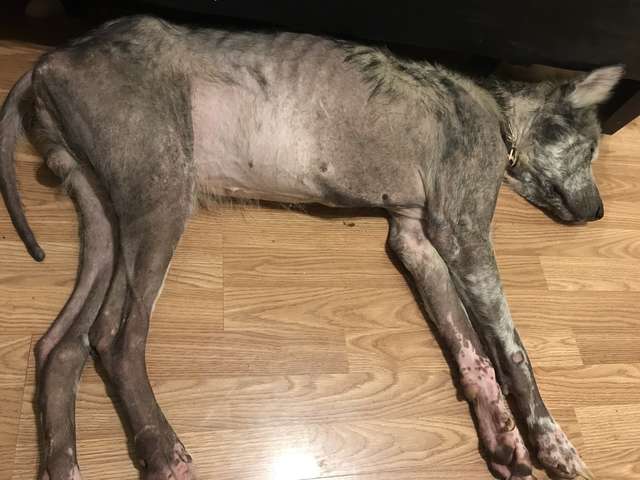 Sydney had only planned on fostering Odin, but that changed on the second night. The dog surprised her and climbed into her bed, and he cuddled up and looked at her while letting out a sigh of contentment. It was then she knew he found where he needed to be. 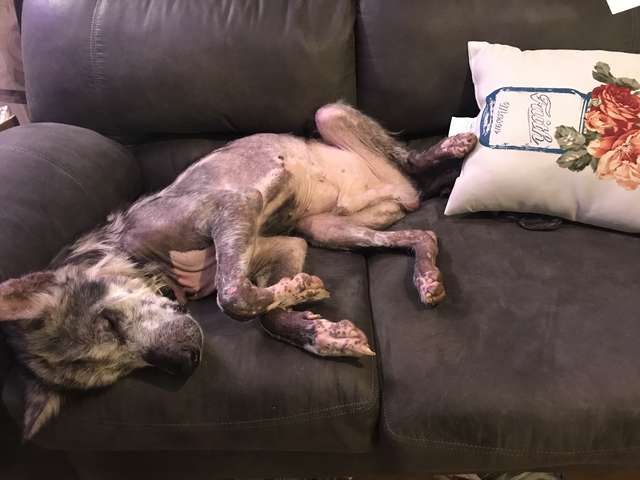 Odin now had his forever home, but he still needed to get healthy. And before too long, the Alaskan Malamute would transform into a completely different-looking dog. 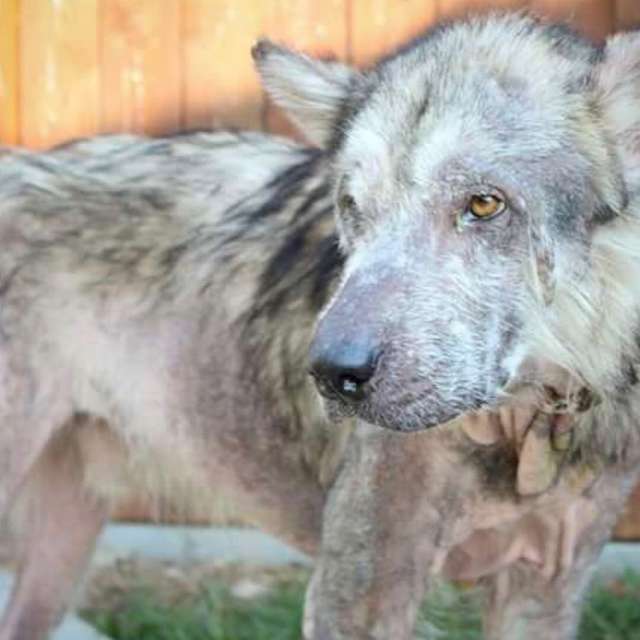 He now looks better than anyone thought possible. Odin looks like the fluffy Alaskan Malamute he was born to be! 🙂 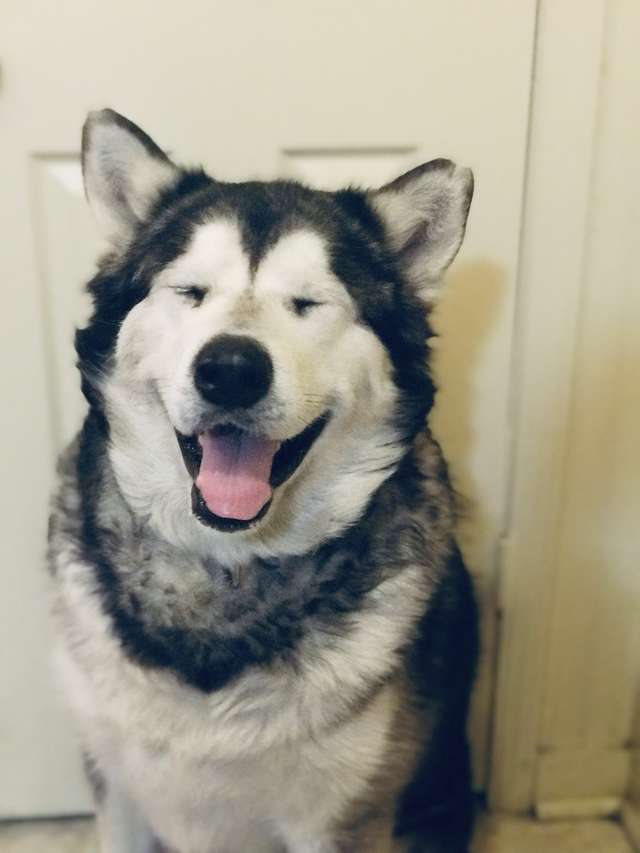 Odin still has a few health issues to overcome, and his mom will stop at nothing to get him back to 100%. 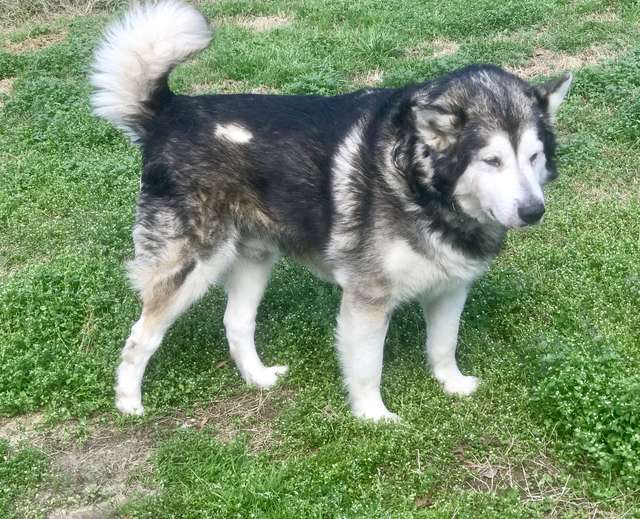 He’s currently undergoing heartworm treatment, and once that is done, Sydney would like to get corrective surgery done on Odin’s teeth. 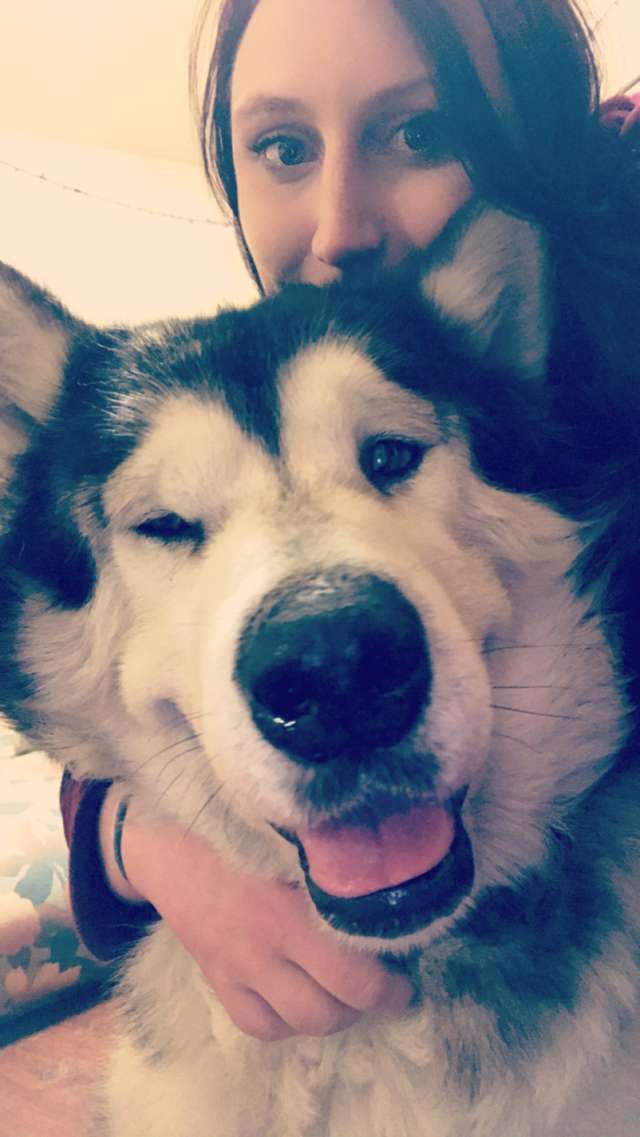 But in the meantime, he’s in his forever home with his loving mom and family. He’s finally able to just be a dog, and it’s better than he ever could’ve imagined. 🙂