On January 7, 2015, a resident of Wilson, N.C., spotted an emaciated pit bull tied with a heavy chain to a plastic crate. Because of the record low temperatures of that day, the concerned citizen feared the neglected pet wouldn’t survive one more night exposed to the cold, and therefore contacted For the Love of Dogs NC to rescue the dog. 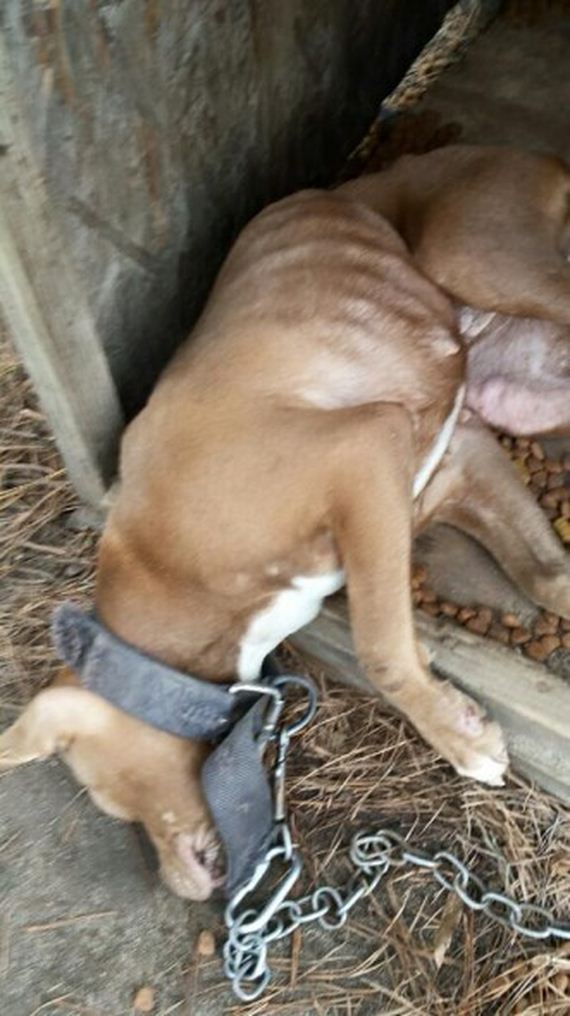 Max Fitzgerald, owner of the non-profit rescue group, drove to rescue the pet. When he got to the property, he thought it was too late. The dog, a female pit bull, laid motionless as if she had frozen to death. Her eyes were closed, but when Fitzgerald touched her body, her tail wagged.

The female pit bull wasn’t the only neglected dog in that yard; a male dog covered in feces was also discovered trying to survive. He was inside a plastic crate filled with urine and feces, and he was doing what he could to stay warm.

The canines were rushed to the shelter. Veterinarians pumped warm fluids through the half frozen female dog and three hours later, vets were able to register a temperature reading. 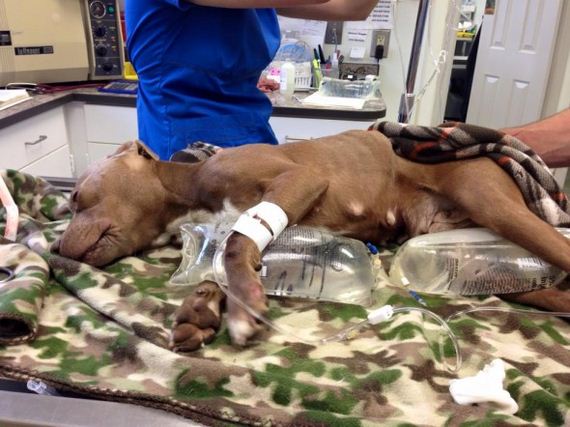 Rescuers named the female dog Elsa after the Disney character, and the male dog Colin. On that day, both dogs left behind the years of abuse and neglect they endured, and they are now trying to regain their health and start anew.

Colin is heartworm negative, but Elsa tested positive. Yet because she was found completely malnourished and underweight, veterinarians need to wait until she gains weight to treat her heartworm.

Elsa is not out of the woods yet, but she is eating, running and playing on her own – something she wasn’t able to do when found.

For the Love of Dogs NC is working with an attorney and hope Elsa and Colin’s abusers do not go unpunished.