Miami Beach firefighter Emilio Sanchez rescued a dog this week, after a passing witness saw it struggling in Biscayne Bay.

“He was very exhausted, just by the way he was breathing, and he was already barely able to keep his head up out of the water. So I pretty much got there in good timing,” Sanchez told ABC 10. “He was very eager to see me and he was happy I was there.” 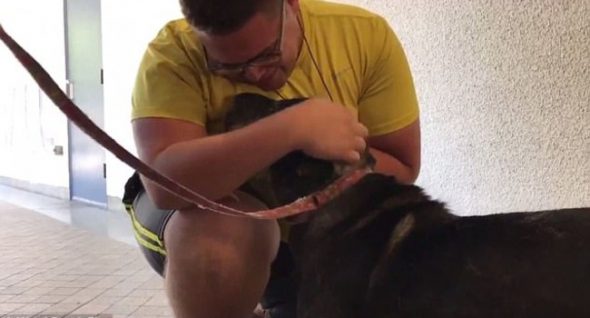 Authorities told reporters the dog had no collar and appeared to be a mixed breed. Once cleared, the dog was given to police, who were able to locate his owner, Jose Ruiz.

“He is family. He is my baby. I consider him my son,” owner Jose Ruiz said