While Hurricane Harvey lashed portions of Texas, and non-stop rain pounded huge areas of the state, many people risked life and limb to ensure that their pets were safe. Amazingly, a Houston-area rescue group alleges that one family tried to beat their dog to death, despite the horrific natural disaster. 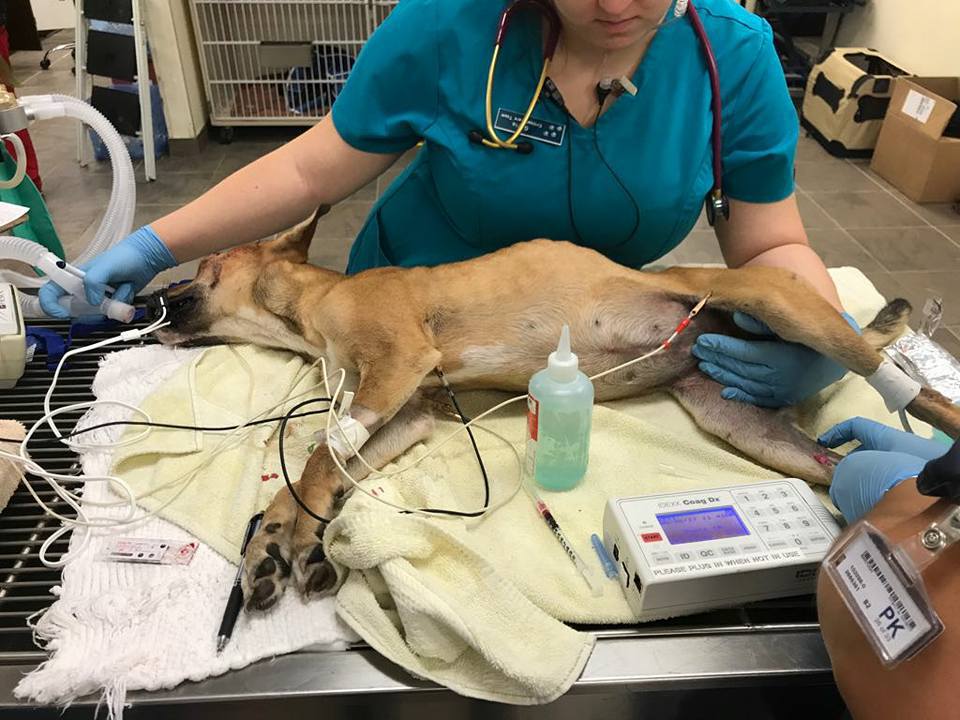 On Thursday, Adore Houston recounted the terrible situation which left a dog fighting for her life:

Princess’s owners were starving & abusing her. A neighbor reported them to animal cruelty investigators. Princess disappeared then. A couple of days later, the neighbor heard Princess screaming in unbearable pain, looked over the fence & saw Princess’s owners trying to bury her behind rubbish in their backyard. She was seizing & foaming at the mouth & one of her eyes was almost dislocated out of its socket.

The veterinarians at VERGI discovered that Princess had a fractured skull – when she arrived at the hospital, she was having uncontrollable seizures and was unable to regulate her temperature. Rescuers with Adore were warned to “prepare for the worst.” 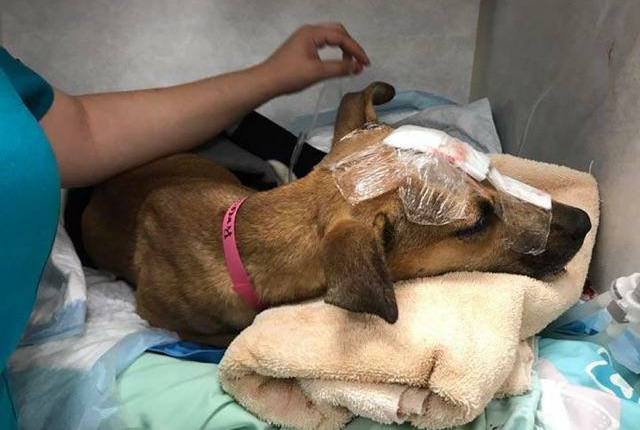 With the backing of hopeful rescuers, the veterinarians went to work to stabilize Princess in an all-out attempt to save her life. According to the rescue group, the grievously wounded dog was stabilized enough to be moved to another hospital where she will get a CT Scan to further evaluate her devastating skull injury.

The rescue group expressed its outrage and dismay over Princess’ owner’s heinous act of cruelty:

As hard as it is to imagine someone abusing a dog under any conditions, abusing her during the midst of the worst natural disaster our city as ever seen is almost impossible to fathom. But the cold & harsh reality is evil exists, always. And Princess has been unsparingly subjected to this evilness.

Individuals hoping to help the rescue group with Princess’ veterinary expenses can visit this link to the agency’s donation page.