A video of a senior dog straining against his leash to visit his former owner’s home has viewers divided.

Some expressed outrage that anyone would “give up” a nine-year-old dog, while others are just grateful the pooch has a wonderful new family to call his own. 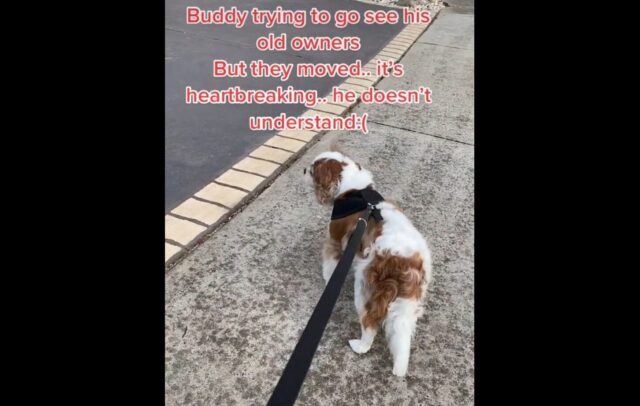 A TikTok With A Purpose

Maryanne Conte created a TikTok account last spring to help raise awareness about mitral valve disease (MVD) in dogs. As the dog mom to a Cavalier King Charles Spaniel and a Maltese Terrier—two of the most likely breeds to suffer from MVD—she is all too familiar with the condition.

Conte’s Cavvie, Zac, passed away from MVD in October 2021. Less than a year later, she adopted nine-year-old Buddy from her neighbor—and he happens to be Zac’s biological brother!

The sweet senior joined the Conte family alongside Holly the Maltese this spring. 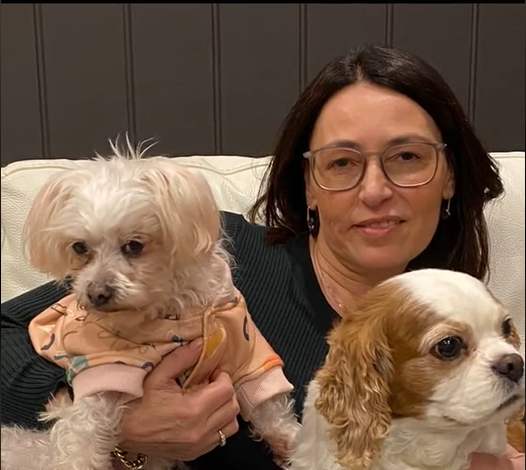 Since the house Buddy once called home is just down the street from Conte, there is no avoiding it on walks. This was not a problem when Buddy first joined the family. In fact, Conte often took him to visit his former family. However, they have since moved away, so Buddy can no longer swing by.

The clip of sweet Buddy excitedly wagging his tail and straining toward his former home is captioned, “Buddy trying to go see his old owners, but they moved..it’s heartbreaking..he doesn’t understand.”

“The loyalty dogs have to disloyal people is heartbreaking and amazing at the same time.”

When looked at from the point of view of an “abandoned” dog, the video is heartbreaking. But this is not the case.

While Conte has not shared all the details of Buddy’s adoption, she did say that it was a mutual decision made in the dog’s best interest and one she considers a blessing. Not only does she have experience caring for dogs with MVD, but caring for Zac’s brother feels like a wonderful way to honor his memory.

The short clip is easy to misconstrue as sad, but as one commenter pointed out, dogs often try to visit familiar places.

“We moved down the block & my dog does the same & she lives with me. It’s the house & a routine.”

There is no reason to believe that Buddy is “heartbroken.” In fact, as Conte’s other videos show, he appears to be quite happy and spoiled in his new home! Conte hopes her videos will help encourage potential Cavvie parents to do their research before buying a dog. She often discusses MVD and the importance of buying from a reputable breeder. Follow her on TikTok to learn more—and see adorable clips of Buddy and Holly!