On Tuesday, Sept. 22, 2015, Francine Banzali and her two-year-old white German Shepherd named Angel, were running down the Sam Merrill Trail in the Los Angeles, Calif., area. The dog slipped and fell more than 600 feet down a cliff, but luckily he was uninjured. 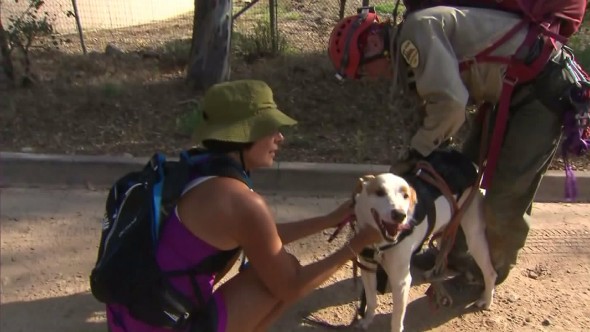 “My dog and I were running down the trail and all of sudden he was gone,” Banzali told KTLA News. “I backtracked and I couldn’t find him, but I could hear him crying down in the canyon.”

When Banzali located her dog and realized she couldn’t get to him she called authorities. Rescue units from Altadena, Montrose and Sierra Madre responded to the emergency call and within two hours reunited Angel with his relieved owner. 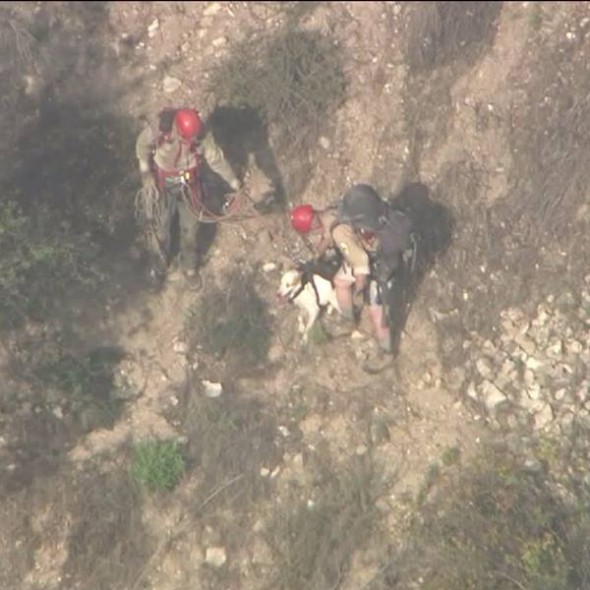 Using ropes more that 700 ft. in length, two rescuers were carefully lowered to the small ravine where Angel was lying on. The dog suffered some minor scratched and was very scared, but after luring him with beef jerky, he was secured to a pet harness and hoisted up to safety.

“I’m so thankful to these guys, the Sheriff’s Department, search and rescue, ” said Banzali. “[Angel is] going to be on the leash from now on.”