Over a million dogs and cats are homeless in the UK, so animal rescues are turning to new ideas to attract potential adopters.

Carla Lane Animals in Need located in Melling, Liverpool, has put a spin on the Elf on the Shelf idea to help homeless dogs get adopted.

But instead of an elf they are using the popular plush toy Kevin The Carrot. 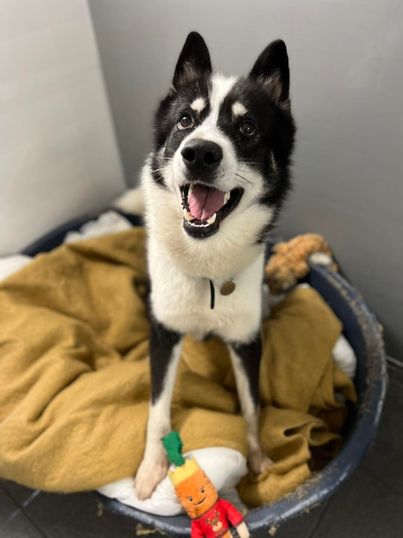 Aldi, the grocery store, has created their own classic Christmas movie, “The Christmas Carrot”, where Kevin is one of the main characters.

The shelter’s “KEVIN IN THE KENNEL” idea features the familiar toy alongside a shelter dog in their kennel. The photo is shared on Facebook with a detailed description of the pup.

Just like the elf, you never know which kennel Kevin will appear in next.

The rescue hopes incorporating Kevin The Carrot will help the dogs find loving homes. So far, he has appeared in six kennels with many more to go. 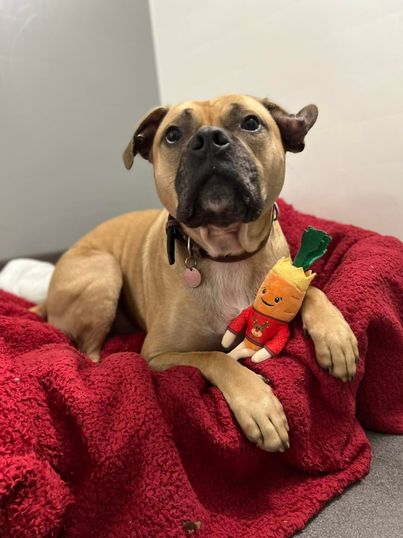 Kevin made his debut with Dudley, a 2-year-old mastiff cross, who has had a hard life. He was skin and bones when he arrived at the rescue and was leery of people. The large boy has progressed by “leaps and bounds” and is ready for a forever home. However, he will require a home with no children or other pets.

“He loves to run and play in the compound but is also a bit of a lazy bones and we often find him snuggled up in the middle of his duvet every morning. He’s a joy to be around, fun and excitable, he has blossomed into such a fantastic dog,” wrote the shelter.

Kevin has also graced the kennels of Caesars (who has been adopted!), Lola, Rosco, Hamish, and Shell.

Rosco is a sweet fella who needs to find a homebody. He has “severe separation anxiety” and has been returned to the shelter due to his destructive behavior when he is left alone.

But he has the biggest heart and never wants to leave his human’s side. The shelter describes him as, “an absolute dream to be around, he walks so well on the lead and he likes the company of other dogs. He loves his toys but will also snuggle in on the sofa for a cuddle. He enjoys being walked by volunteers and will often randomly decide to sit on a bench and watch the world go by.” 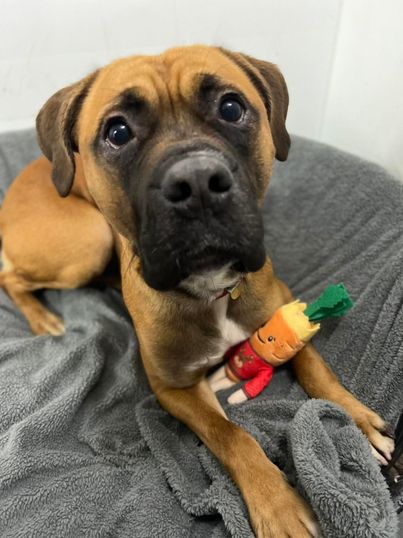 The no-kill rescue takes in stray cats and dogs from other shelters and gives them the second chance they deserve. They primarily take in the harder to adopt dogs that needs more time to adjust to new situations or require a home without young children.

Follow them on Facebook to see who Kevin visits next and to see all the adoptable animals.