When Chihuahua mix, Pete, was adopted by Hollywood star Anna Faris (of “Scary Movie” fame) he likely thought he one the rescue-dog lottery. And like most people, Faris was required, Kinder4Rescue owner Laurel Kinder told TMZ, to sign an adoption contract at the time. The rule is in place in order for the rescue to keep track of where the animal ends up. 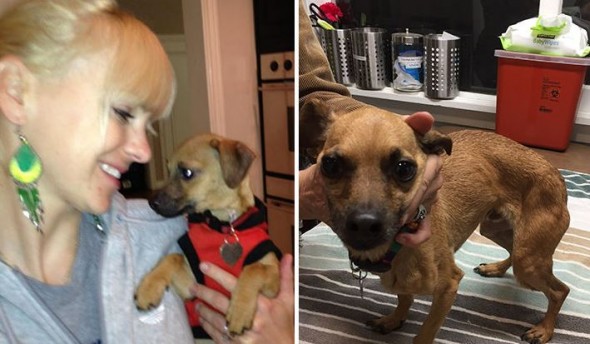 TMZ reported that Pete was found last week, emaciated and wandering on the street. When the vet treating him scanned his microchip, they got a hit on both Faris and Kinder4Rescue.

Since then, the site reports, Faris has failed to answer the North Hollywood shelter’s calls.

TMZ says sources close to Faris and husband, movie star Chris Pratt, say the pair is out of state, but had heard the dog was found and want to make arrangements to bring them home. They also reported sources as saying they’d found “a nice family home” for Pete, but were unclear as to whether that was temporary or permanent.