But have you ever wondered how long man and dog have had that friendship?

Robert Losey, an anthropologist from the University of Alberta in Canada, is studying the ancient bond between people and their canine companions. At an archaeological site, they found remains of a dog dating back 5,000 to 8,000 years. What was amazing about this find is that they found evidence that dogs were treated just like we treat them today–as friends, or as part of the family. 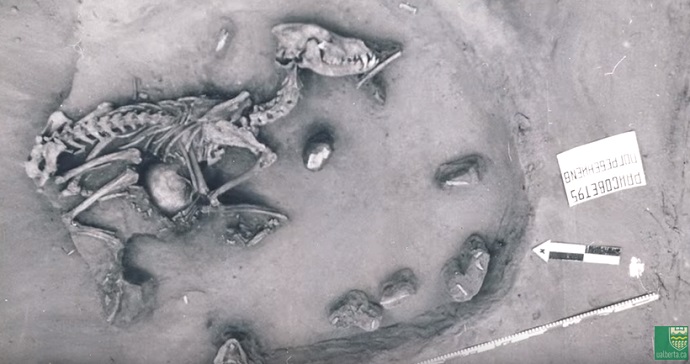 According to Losey, there are more dog burials than any other animals. And it’s not just any ordinary burial, the dogs were buried in the same fashion as the humans. Some of them even had necklaces around their necks, and some had offerings in the grave. This proves that those dogs had a special place in the community.

Watch the video and learn more about Robert Losey’s findings.