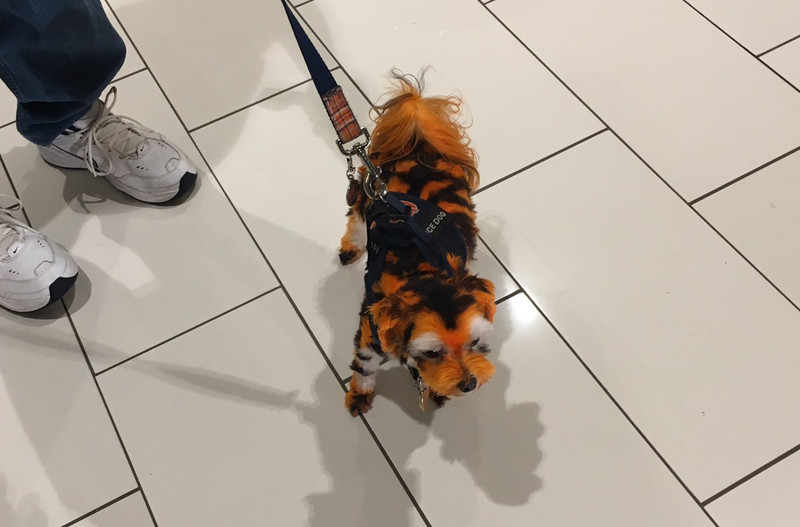 Is it cute or controversial?

At 2017 SEC Media Days, one Auburn fan showed up with his Maltese — Tiger Jake — dye-painted to look like a tiger.

Samford told reporters for AL.com that the colorful paint job is harmless.

It’s not the first time, though the below Great Dane was repping LSU… 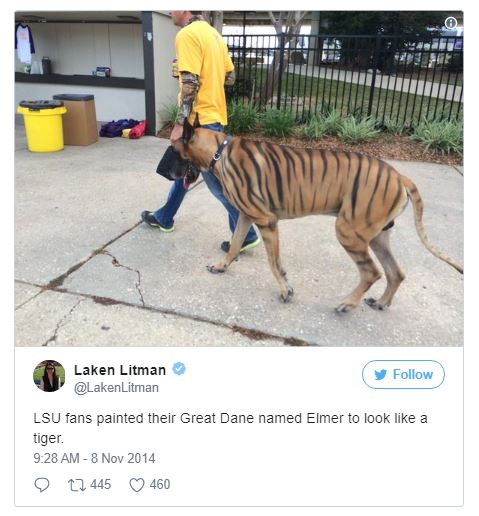 Sports Illustrated opined it would have been more impressive if Samford showed up with a real tiger.

What do you think, readers?