Daisy the Beagle never had any puppies, but she’s still a mother — and a great one at that! Daisy’s owner, Jane, brought home some little kittens one day, and the dog took right to them. This wasn’t exactly surprising as Daisy has always adored cats. 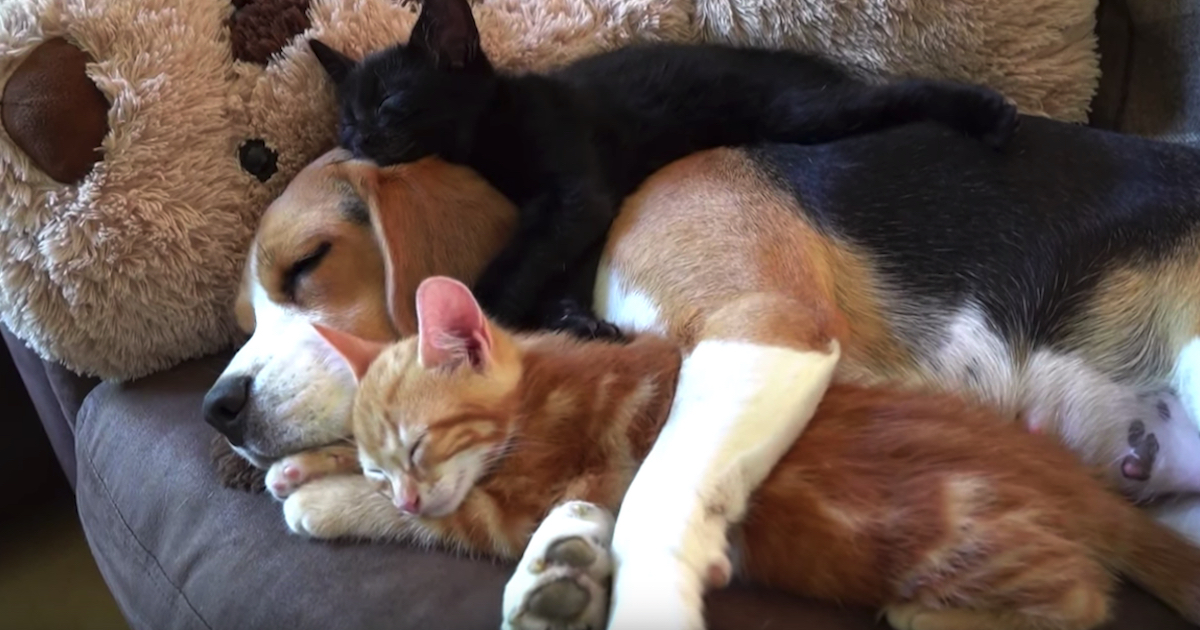 But Daisy would soon take on the role of mother to Fletcher and Dexter by grooming and bathing them… and even nursing them! The Beagle thinks they’re her offspring, and the kittens think she’s their mama.

“She doesn’t know that they’re not her family; she’s decided they’re her babies and that’s that.”