It’s been one heck of a year for Chloe, a 6-year-old pit bull-mastiff mix from California. First, the global pandemic ravaged her home state. Then the dog’s family — owners Hannah and David Meade and their 5-year-old son Finn — were forced to evacuate their home as wildfires approached. As firefighters struggled to contain the blaze, the Meade’s fled to L.A. and stayed with friends for 4 weeks.

But even once the dog and her family were safe in L.A., disaster continued to strike. Shortly after their arrival, David and Hannah decided to go to a cousin’s birthday party. But while they were away, Chloe got spooked by some nearby fireworks and fled the friend’s fenced yard in a fit of panic. “I think because we weren’t there, she just freaked out,” David Meade told the SF Gate. “She doesn’t wander and has never run away before. We usually keep our gate open.” 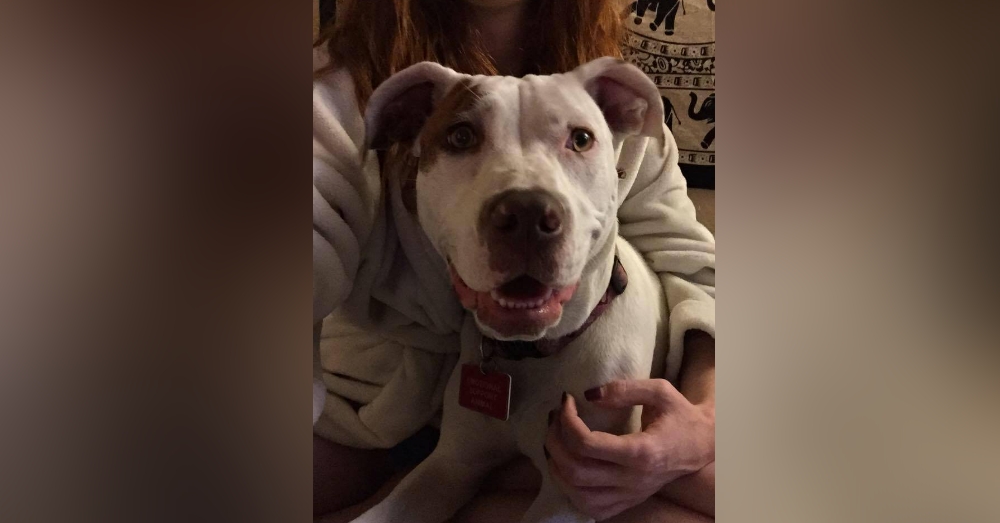 Chloe’s family canvassed the neighborhood, distributed missing dog fliers, called local shelters, and posted on every dog forum they could think of. But – with the exception of a Craigslist tip that quickly went cold – nobody had seen or heard from the missing dog.

The family’s search was further curtailed when the evacuation order was lifted on their house in northern California, calling the family back home to inspect the damage. “I was doing whatever I could to find her,” David Meade said. “Unfortunately, we had to come back up here and start working.” 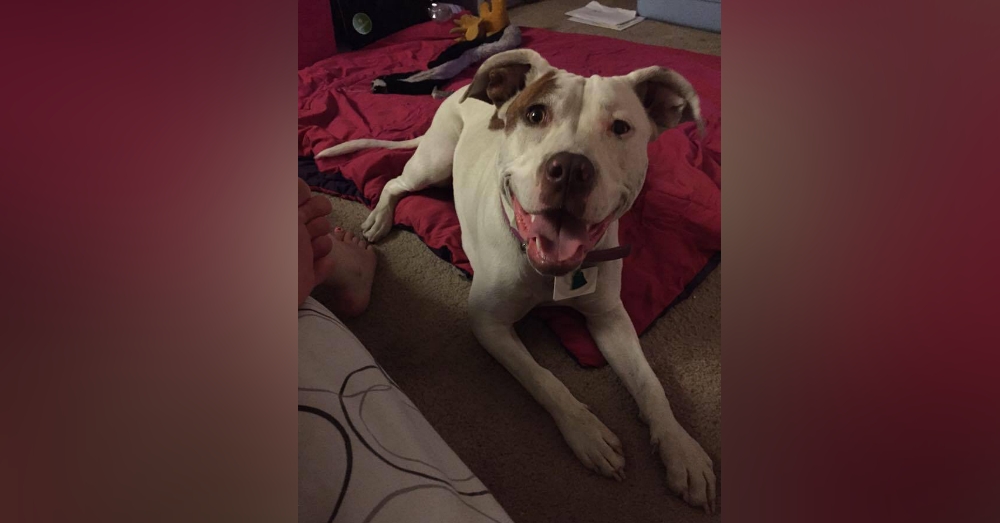 Back at home, the family tried their best to resume their daily routine, but it was impossible to pretend everything was normal when Chloe — a part of their family since she was a 6-week old puppy — remained missing. David and Hannah continued to search for the dog remotely, but these efforts failed to return any leads.

Meanwhile, their 6-year-old son started having dreams about the missing dog, who had always been Finn’s loving and protective “big sister.” Some of the dreams were joyful reunions where Chloe gave him a hug, but others were nightmares where the missing dog died. 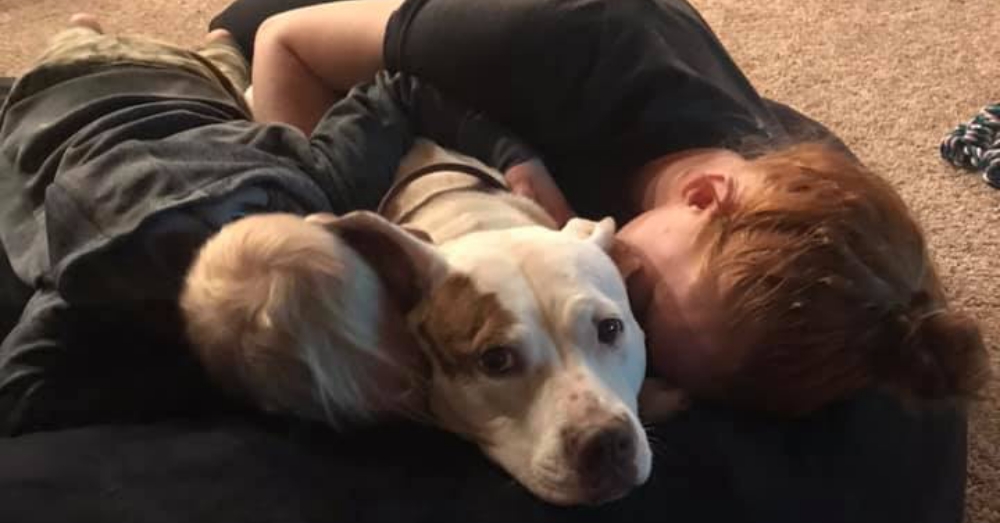 As the weeks turned into months, Finn’s parents started to suspect the dog been stolen. “In the LA area, pit bulls are a really big thing,” said David. “She’s so sweet and loving, so I thought that could be it, too.”

Finally –- 2 months after Chloe ran away– the California family finally got a solid tip. The Meads received a text message from an LA couple who lived nearby where Chloe disappeared, and they’d just been approached by a dog wearing a collar and tags with David’s telephone number. The couple also sent photos of Chloe, who looked surprisingly good for a dog who’d spent two months on her own. “Someone was taking care of her,” said Meade. “She looked healthy, nice and clean.” 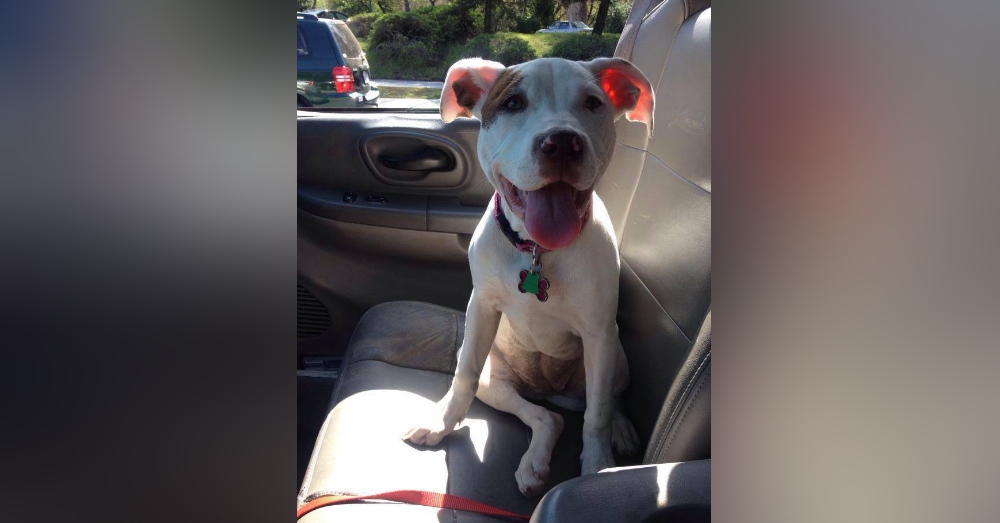 David and his son raced back to L.A. the following morning, still pinching themselves that they’d finally found their beloved pet after so many dead ends. “Aww, my Chloe,” Finn gushed when he was reunited with his beloved dog sister, who was so protective of Finn they’d even napped together when boy was younger.

Chloe, in turn, barked with excitement and jumped up to give her beloved brother a big doggie kiss. “Out of this whole year, that’s been the best thing that happened,” David said of this joyful reunion. Congratulations to Chloe and all of her humans! We’re so happy this loving family is back to together once again.