Police Officer Michael D’Aresta cradled his K9 partner and best friend in his arms for one last time. He was carrying the beloved police dog so that he could receive a salute from his colleagues before bidding a final farewell.

The Middletown Police Department is mourning the loss of K-9 Hunter, who was euthanized shortly after he was diagnosed with an aggressive form of liver cancer. K9 Hunter had been with the police department in Connecticut for 10 years and was much beloved by the department and his partner, Officer D’Aresta. 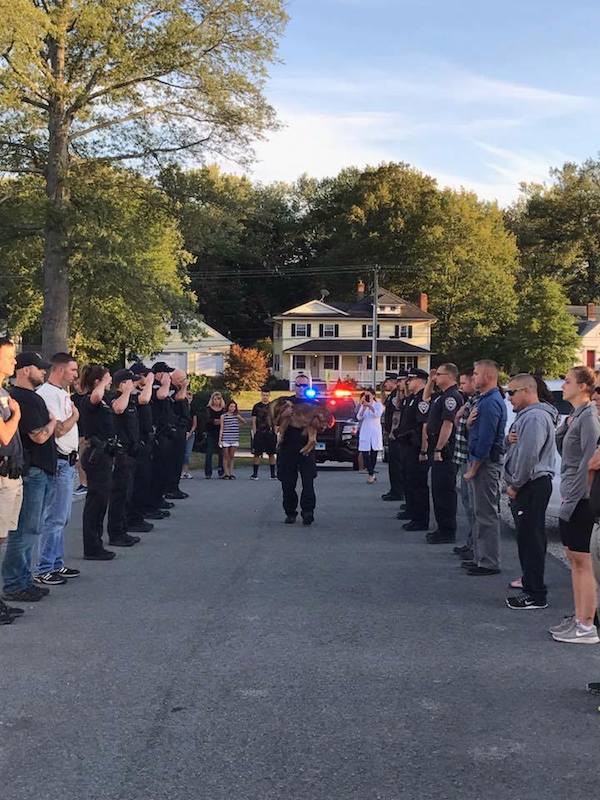 “Officer Michael D’Aresta unfortunately has to make the toughest decision any K9 handler dreads making this evening at Pieper Olson in Middletown at 1830 hours,” Sgt. Doug Clark, Middletown K-9 supervisor, wrote in a post on Facebook on Friday. “K9 Hunter has been ill for that past several days and when tests were conducted they revealed that K9 Hunter has a very aggressive form of Liver cancer. They unfortunately recommended that he be euthanized.”

“Officer D’Aresta and Hunter have been an exceptional team serving the City of Middletown in a high caliber since 2007. So as you can imagine, this is extremely difficult for Mike and his family. 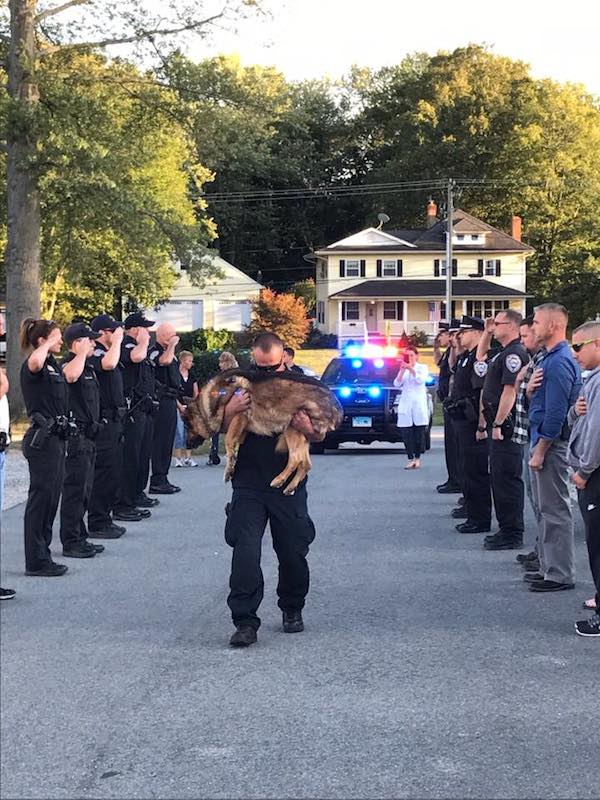 “Hunter and Officer D’Aresta have been such a huge part of our department the past 10 years,” Clark added. “Such a dedicated K-9 team. It will never be the same. Rest in Peace Hunter you’ve done well. Our thoughts and prayers go out to Officer Michael D’Aresta and his family.”